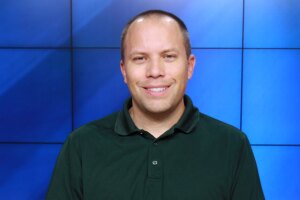 Senior Real-Time Editor, Digital Producer and host of "Phil on Film" seen weekly on CW Tucson's Morning Break, Phil Villarreal moved to KGUN after 17 years with the Arizona Daily Star, where he was a movie critic, columnist, and reporter.

Villarreal has penned three books: Secrets of a Stingy Scoundrel, Stormin' Mormon and Zeta Male. He has freelanced for Kotaku, Engadget, Huffington Post, Consumerist, the Washington Post and the Arizona Republic.

A University of Arizona business graduate, he has three children.