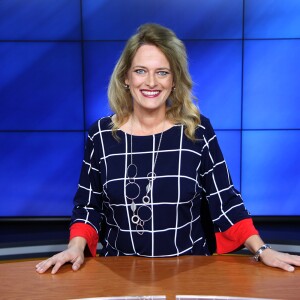 TUCSON, Ariz. — I run the KGUN newsroom. But sometimes I see the news first like many of you: at home with my children.

I was with my 12-year-old twins and 15-year-old daughter on June 24 watching a Tucson Police Department press conference on Facebook. In recent months, the department has in these press conferences shown police bodycam footage unedited. On that day, the footage showed the death of 27-year-old Carlos Ingram-Lopez.

So KGUN will now broadcast these press conferences on Facebook up to the release of the video. Then we will stop the broadcast. We will only show parts of violent body cam videos to our community after we have confidence that what we are distributing has news value.

This includes bodycam footage that is released by law enforcement in other manners. On September 2, 2020, the Tucson Police Department released a video on YouTube of the death of a 17-year-old armed robbery suspect. This time, instead of showing everything, the department edited and blurred portions of the video, and it was narrated by the police department.

As a journalist, I have no way of knowing if I have the full picture of what happened since I am only seeing a portion of what the department has chosen to release.

We don’t have a problem with what the police are doing by releasing the video. We agree this video should be released. We recognize officers are under pressure to be transparent and this information is public record. Public officials release the information but we have to decide how we use it.

Some of you might disagree with this choice. Perhaps you think by not showing all the bodycam footage we are keeping you from seeing the whole story. Or maybe you think we’re being unfair to the police by refusing to use their edited version of body camera footage. Both opinions are fair. But it’s our job to make sure the information we release is done in the proper context. That’s why we’re choosing to wait before we publish. We will seek out a third party for context if needed. If there are accusations of police misconduct, we will explore in detail that portion of the video.

When we air news stories that include a death (car accident, shooting, etc.), our policy is to stop the video prior to death. We see no value in watching someone die.

KGUN 9 is committed to holding our public officials accountable. We are also committed to providing our community with accurate journalism in the proper context. We think this is an ethical and responsible way to cover these incidents.

As always, please feel free to send me your feedback or questions.

Leeza Glazier Starks is the News Director at KGUN 9. Contact her at leeza.starks@kgun9.com.