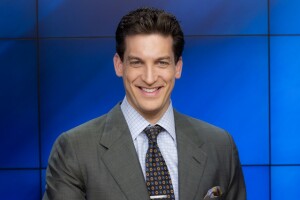 Jason Barr is KGUN-TV's sports director and anchor, and he appears regularly on KGUN newscasts.

Jason is a graduate of the University of Pennsylvania. He has an M.B.A. in management from UNC-Charlotte, during which time he worked for the Ralph Lauren Corporation.

Prior to working in Tucson, Jason was a sports anchor for WTKR-TV in Norfolk, VA. He is originally from New Jersey.