Truck drivers are finding themselves on the front lines of the human trafficking crisis in the United States.

Truck drivers are finding themselves on the front lines of the human trafficking crisis in the United States.

Now, the State of Arizona and businesses across the state are rallying together to equip truck drivers with the resources to find and report victims.

More than 1,000 victims of human trafficking have been rescued from truck stops because of a help line put in place by Truckers Against Trafficking (TAT).

This is not something drivers thought would ever be a part of their jobs.

"I didn't think there was a problem like that here in the United States," said Daniel Diaz, a driving student at HDS Trucking Institute. "I thought that was only in third world countries, but I guess its a problem here and we've gotta stop it." 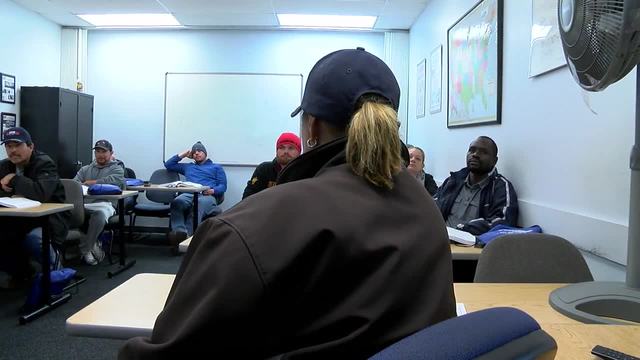 Bill Shader is an instructor at HDS Trucking Institute. He shows students a film and gives a presentation about what to look out for at truck stops and how to talk to victims.

"My dad drove truck for 18 years, and I rode with him," said student driver Juan Haro. "I've seen this stuff with my own eyes. It's one of those things that's really disgusting, and how can another human being think of doing that?"

Haro cites one specific instance as the most disturbing thing he's ever seen.

"I saw no more than a nine-year-old going from truck to truck in just a span of 30 minutes," Haro said. "I've seen countless things happen on the road, and it's terrifying to be going into this business with this going on."

Now, Haro and the other students have the tools to intervene safely. The most important step is being able to recognize when someone is a victim.

"They're kind of a little bit hasty when they talk to you," said Daniel Diaz. "You try and ask them are you here by yourself? Were you forced to do this? And they'll try and get away from you," Diaz.

"For one, somebody young." said April Millet, another student driver. "A young person has no business being in a truck stop." 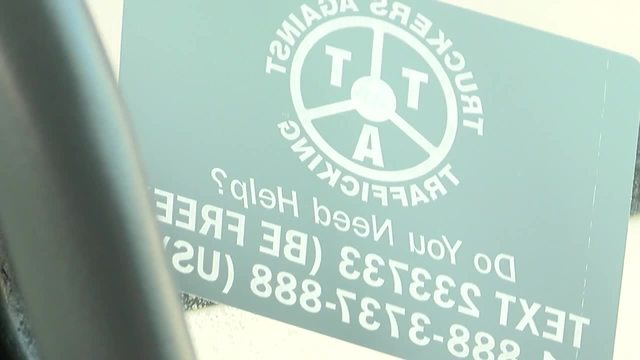 The HDS Trucking Institute is part of a statewide effort to fight human trafficking at truck stops. The Arizona Attorney General's office partnered with TAT to get 25,000 window stickers for victims to call or text in for help.

"If we can make that one phone call and get that one kid or person off the street that's in that slavery, I think it'll make the difference," said instructor Bill Shader.

Drivers feel empowered by having the window stickers and the helplines.

"I feel kind of proud of that we can be the first line of defense against trafficking. I think it's a good thing that we're helping law enforcement get that disgusting thing out of the way," said Diaz.

Since Truckers Against Trafficking started in 2007, more than 1,000 victims, both adults and children, have been rescued from sex and labor trafficking after truck drivers called in, and having the tools to do save even one person is one of the best motivations to get drivers out on the road.