Hundreds of thousands of children are sold across America -- for sex -- every year. It's a secret world often hidden in plain sight that a former Navy Seal, who lives in Pima County, is now infiltrating and it's all caught on cam for a soon to be released documentary.

The unthinkable happens to hundreds of thousands of children, and though law enforcement has tried to turn the tide on child sex trafficking, it remains prevalent.

"We suffered a tragedy in our own family. And that just cemented my resolve. It was almost a challenge from the opposition saying do you want it this bad. And that's when I realized there's no stopping. I can't stop. I can't look away," Sawyer said.

Living in Pima County, Sawyer made it his mission to help extract victims and thin the herd of sex traffickers and predators anywhere in the United States.

It was all captured on camera for his documentary titled "Contraland'.

Sawyer describes a recent sting operation with law enforcement in Utah where a handful of men -- different ages -- different walks of life -- were slapped in handcuffs with no chance to escape. 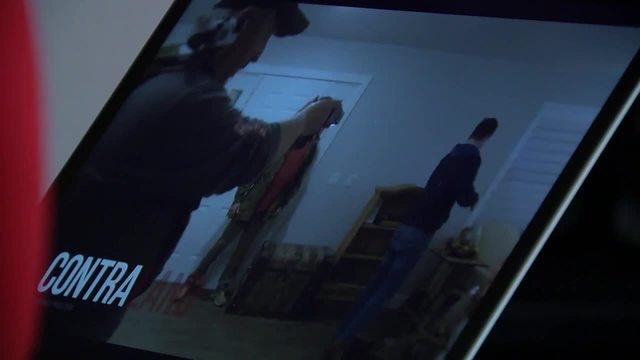 Sawyer described a scene from the documentary footage.

"I came out to start my dialogue with him, and he panicked. And I told him to sit down, and he said no. And he started sprinting for the door. He bolted. And I gave the code word for the SWAT team to come do that take down and cuff him up. And we were watching him realize whatever he thought his future was in his life is no more."
The documentary crew traversed one of the most heavily trafficked corridors in the U.S. - Vekol Valley in Pinal County - where many go undetected as they make their way north of Pima County.

"There's pimps. There's bulldogs that watch anybody that's coming in and alert them and hide the children," while on their way, sometimes, to staging areas, like abandoned houses where traffickers sell children to gangs for sex slavery," Sawyer said.

"Sickeningly enough the child is considered an asset for how much it's worth in revenue when they sell the child over and over again. You can sell a narcotic once, and it's consumed. Sadly enough you can sell a child victim repeatedly," Sawyer said.

Sawyer said this dark, disturbing story of child sex trafficking must be told because it will take collaboration from all communities to eradicate it.

"We have to address it so that we can clean it up. It's like cancer.You can't look away from cancer and have it go away you have to face it. You have to deal with it. It's painful. It's difficult. But it must be done, and that's what we're trying to do here."

The documentary, Contraland, is slated to be complete this summer or early fall.