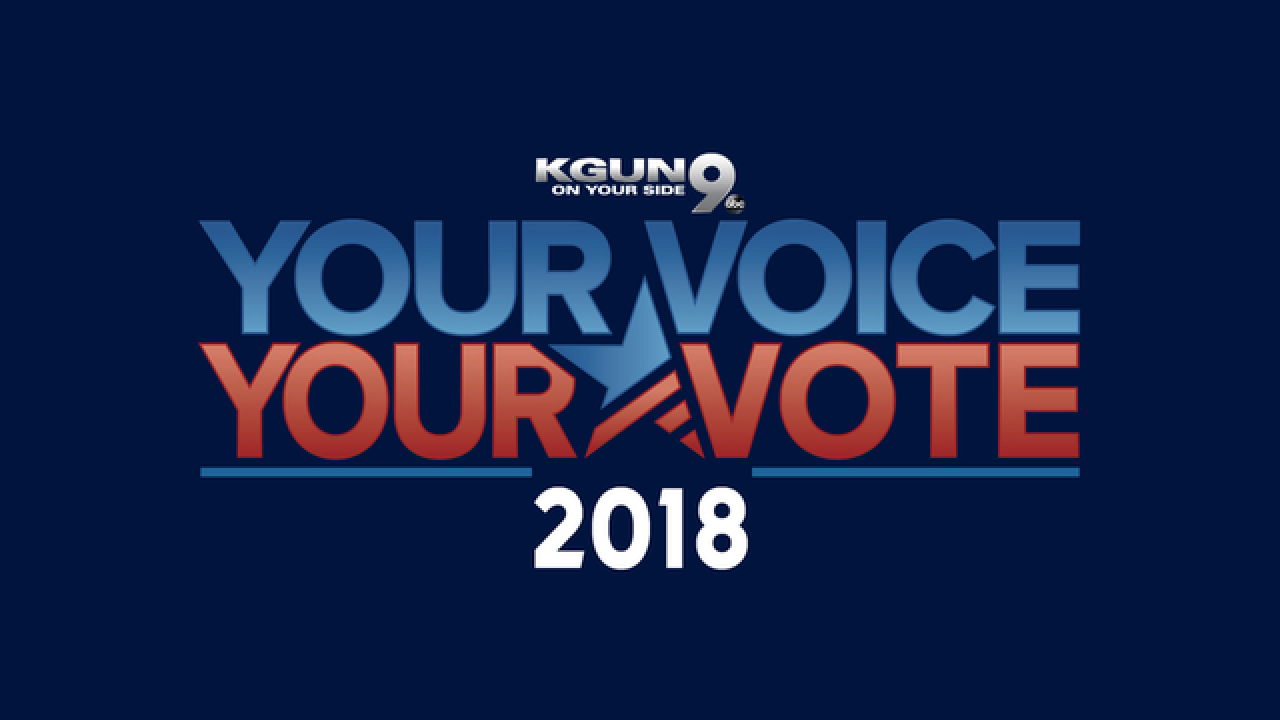 Results are rolling in for the 2018 Arizona Midterm Election.

Democrats projected to take control of the house

Republicans keep control of US Senate

I am incredibly humbled by your support and grateful for the trust you've placed in me. I will never stop working for you. Together, we've achieved big things. Together, we will achieve even more. pic.twitter.com/cceRc0npjn

Jo Holt, head of @PimaDems, addresses crowd of ~100+. She says she’s not nervous about #AZ02 race but thinks #AZSEN will be a tight race. pic.twitter.com/yuyEieTSh8

The polls have just closed in AZ and now the counting begins! I’ll be keeping a close eye on the Sinema vs McSally race tonight. pic.twitter.com/HSKzUxxIRq

Exit polls: Most voters feel good about the economy, not on direction of the country

I’m at the AZ Democratic Watch Party in Phoenix. I’ll be updating through the night as results come in. Tune in on @kgun9 at 5,6,9,10 as well as our website. pic.twitter.com/s6H4fVh1fZ

Election night: Preps at AZ Republican Party results watch party in Scottsdale. Watch the results with us on KGUN 9 On Your Side

The City of Tucson is offering free transit fares for Sun Tran, Sun Express, and the Sun Link streetcar all day Tuesday to make it easier to get to the polls on election day.

TODAY, Nov. 6th -- FREE RIDES for Election Day! All bus, streetcar and paratransit fares are free to give every eligible citizen the opportunity to vote.#RideSunTran #RideSunLink

No passes or fares are needed today. pic.twitter.com/qJi5SB3mTh

With ABC News special election coverage on air, you can watch KGUN 9's live, local coverage online, wherever you are: