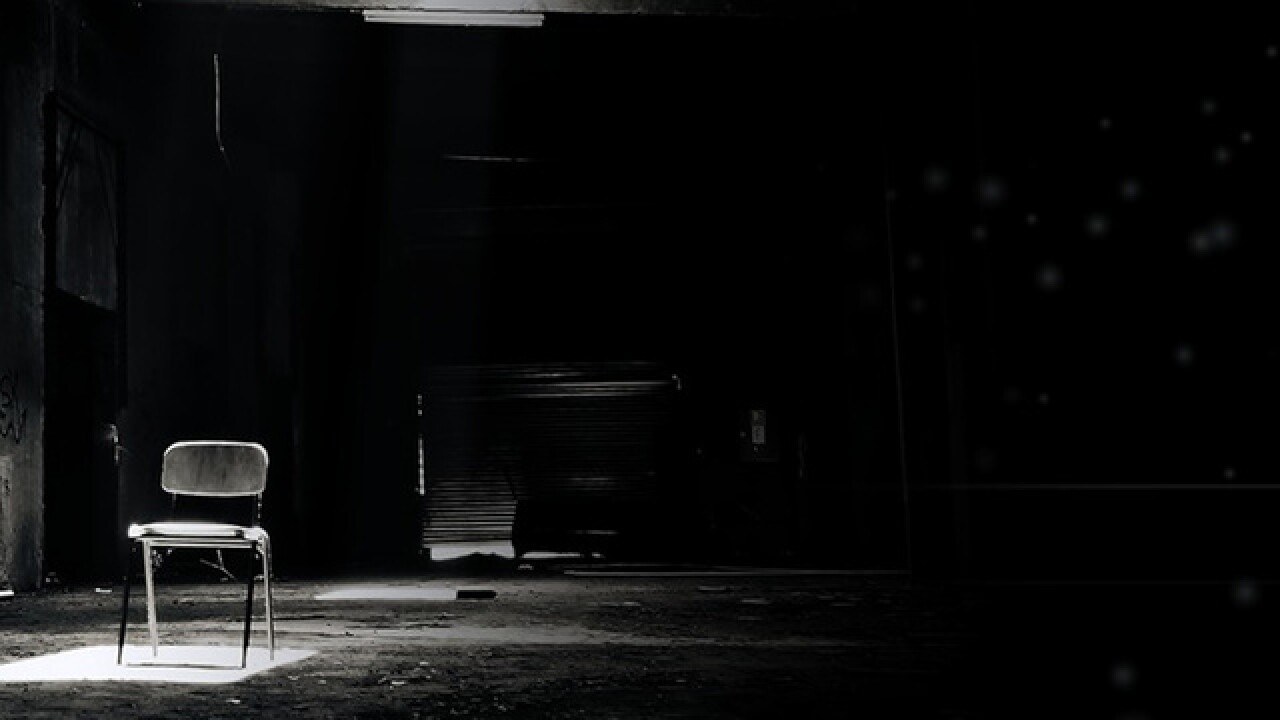 Human Trafficking is a global crisis taking place in plain sight. The statistics are staggering and hard to fathom, but necessary if we're going to get a handle on this problem.

The crime involves the victims, sex traffickers and clients willing to pay for the trafficked person.

Let's start from the beginning.

Human Trafficking victims can be any age, any gender and any nationality, according to ICE.

Guy Atchley asked ICE Agent Brown to break down the various elements of Human Trafficking as it is a big subject.  Scott Brown explains, "So Human Trafficking involves the transportation of, the harboring, the provision of persons through force or coercion into forced labor or a commercial sex act."

Special Agent Scott Brown explained how Human Trafficking is far more prolific than anybody recognizes and certainly more than anybody wants it to be. ICE breaks down this global problem into Prostitution, Servitude and Forced Labor.

Guy asked Special Agent Brown to explain what it looks like when someone is trafficked for the purpose of prostitution.  Brown explained, "It takes multiple forms.  It can be children.  It can be an adult.  It can be men.  It can be women.  It can be a parent that sells their own child for sex to pay for a drug habit or to pay for other expenses that are hanging over the parents' head, that's certainly something that we are seeing with the opioid crisis.  The toll of the addiction on parents.  They are doing heinous things to their own children to support those habits."

Brown goes on to say, "We also see this happening with adults.  An adult that doesn't have necessarily a good social network may latch onto a predator that will exploit those vulnerabilities.  Give them those feelings of belonging, only to turn those feelings into pushing them out into the commercial sex field and turning the profits over to the person who has essentially become their pimp."

Carlos Herrera presents a young woman's story of being sold for sex at the age of five.

Her harrowing story is of surviving underground and emerging with an inspirational message for all.

Stella Inger spoke with Special Agent Tom Livingston with the FBI.  He works with the Violent Crimes Squad. He specifically focuses on Human Trafficking.

Tom Livington says Human Trafficking can be complex at times and lot of people don't really understand what it is.  When asked to describe Human Trafficking, Livingston says, "It has a couple of different parts.  We have sex trafficking and we have labor trafficking.  Sex trafficking really can be broken down into minors and it can be broken down into adults.  They are victims being forced to do something that they don't want to do, usually in the form of a sex act and then a perpetrator is receiving some kind of gain by forcing that child to do that sex act."

Stella asked, "How is this happening? Is it happening right in front of our noses and we really don't realize it?"  Livington replied, "A lot of time it is.  What we have in Arizona and Southern Arizona, we have a Task Force and it's called SAATURN, Southern Arizona Anti-Trafficking Unified Response Network.  We're the ones who go out and pro-actively seek this trafficking that is happening.

We'll do that with operations through hotels, on the streets, over the internet and we will actually target these perpetrators that are doing this to our children. Primary it's happening on the internet."

Livington describes sex trafficking victims. "I'll start with the suspects first.  The suspects in the cases I've had over the years have ranged from 18 years of age to 50.  So it's a wide range of perpetrators who do these things. We've had males and females."

Livington says, "In 2014, NCMEC, the National Center for Missing and Exploited Children said that one out of every six endangered children had the possibility of being trafficked.  So we are talking 1,300 runaways. If just one of those are endangered and one in six of those can be be trafficked."

Human Trafficking and the Hospitality Industry.

Kevin Boughton highlights the hospitality industry's push to make workers and patrons aware. Hotels are working to train hotel staff to spot the signs of Human Trafficking and report it.

Max Darrow showcases the organization Sold No More.  He has a heartfelt conversation with a survivor. The survivor educates children about the dangers of predators online and 'sextortion.'

Priscilla Casper and Photographer Chris Miracle take you inside the Tucson Police Department's Human and Sex Trafficking Unit. The unit receives a number of tips on suspected sex trafficking incidents.  The unit then goes on a hunt for the sex traffickers.  While out on a Sunday afternoon, our crew was there as the unit made a bust on Tucson's eastside.

What happens after a Sex Trafficking victim is rescued?

Craig Smith looks at the resources available to these survivors for reintegration into society.  They'll be connected with groups aimed at helping them readjust to a new life. The Gospel Rescue Mission is one of those organizations stepping in to help. A close look at the reintegration process.

Jennifer Martinez highlights Southern Arizona Against Slavery.  The organization is working to help survivors of sex trafficking find resources to get reintegrated. SAAS is also focusing on educating everyone on the difference between a sex trafficking victim and a prostitute.

Final thoughts from ICE and the FBI on Human Trafficking

Scott Brown with ICE tells Guy Atchley, "I think that's one of the most important lessons for parents and grandparents to learn.  People will do horrible things when they think they've got the anonymity of the internet working on their behalf."  Know who your kids are talking to on the internet. Ask them questions. Engage with them on that.  If they have social media accounts, if they are younger children, make sure you have access to them, that's just part of being a kid. So you can't necessarily trust your kid no matter how good your kid is.

Know who your kids are talking to on the internet.

Guy asks ICE Agent Brown if there is anything else we can tell parents besides just keeping an eye on them. Agent Brown says, Look for changes in your kids' behavior.  If kids are changing who their friends are, disassociating with kids who have long been their friends. They are changing their social networks.  In the real real world that may indicate they are having more extensive contacts on the internet. Watch for changes in patterns of dress.  If your child doesn't wear revealing clothing and now they are or if they are dressing more as an adult than as a child, ask questions. Let them know there's no shame in coming forward, if you want to help other people avoid that same horrific experience.

Stella Inger asks FBI Special Agent Tom Livington for his final thoughts. Agent Livington emphasizes that monitoring their devices is key.  He says, "There are so many applications on the phone right now and a perpetrator will exploit any application where they can communicate with a victim. Any application that's out there. Parents do not be afraid.  They need to get into those devices and they need to check who they are speaking to.  Who their child's texting and verifying who those people are before it's too late."

So the takeaway, Agent Livingston says, "I often tell parents that I've done classes with and I've talked to victims and the one thing that I always tell them is I cannot undue what'll happen to you. So parents need to keep that in mind when they're looking at their child's phone. They can either look at their child's phone and feel as if they are invading a little bit of privacy or you have the other side where you can't take back what's gonna happen to your child if you don't."

Trafficking Indicators, according to ICE: