Part One: One-on-one with Bob Baffert 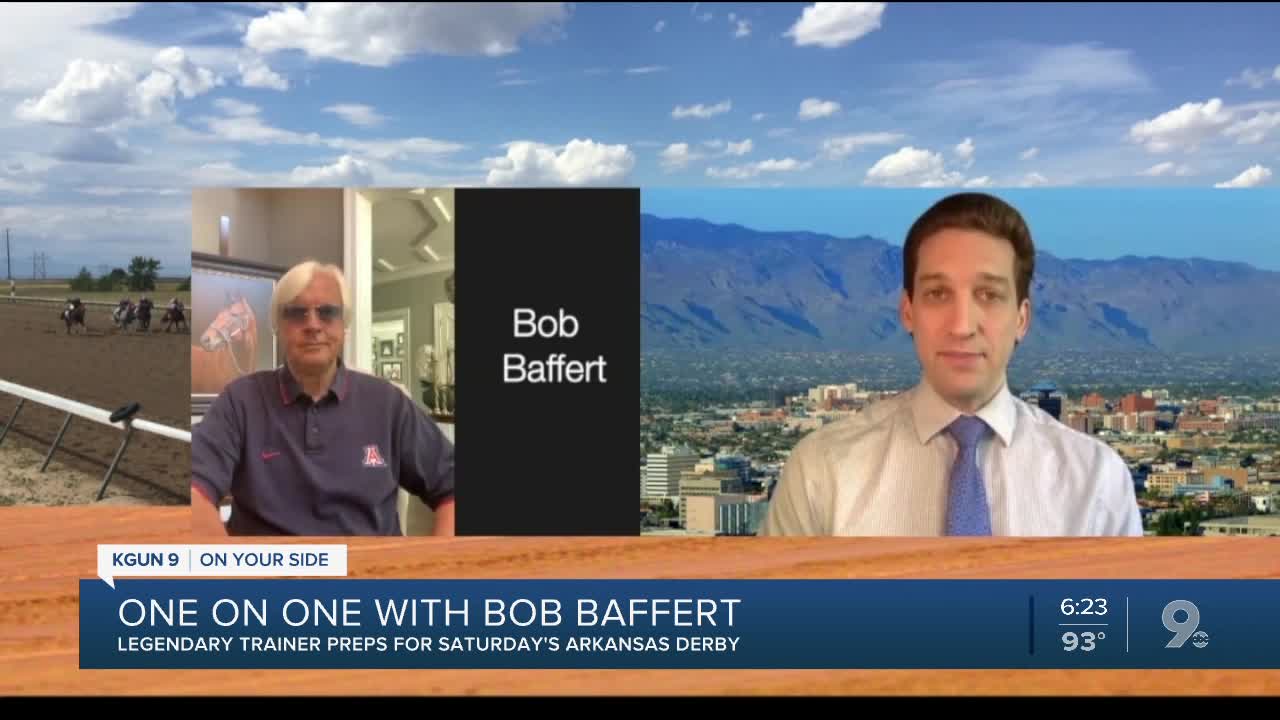 TUCSON, Arizona — The following is part one of a two-part interview with Bob Baffert, the legendary horse trainer and southern Arizona native. The UArizona alum is preparing for Saturday's Arkansas Derby, which will be held with no fans. A link to part two can be found at the bottom.

Jason Barr:
How much did the coronavirus affect your preparations off for 2020?

Bob Baffert:
I had three really good horses that were on a perfect schedule on the Kentucky Derby this year, but when that got canceled out, that sort of blew everything. It's one of those things, where, it's more important that everybody is safe. The Kentucky Derby without a crowd wouldn't be that exciting so they moved it to September 5th. We just change everything around. I have a couple of my good ones running this week at Oaklawn Park in the Arkansas Derby but at least we have some action going on.

Jason Barr:
Let's talk about the Arkansas Derby. What are your thoughts on it being run in two parts this year?

Bob Baffert: Well, they did us a favor. They really bent over backwards. I have two really top horses. I have Charlatan. He's undefeated in his two starts. And Nadal is in the other half and he's undefeated. He won The Rebel so they'll probably be the favorites in each race. I'm fine with that. There's room for error when you're the heavy favorite.