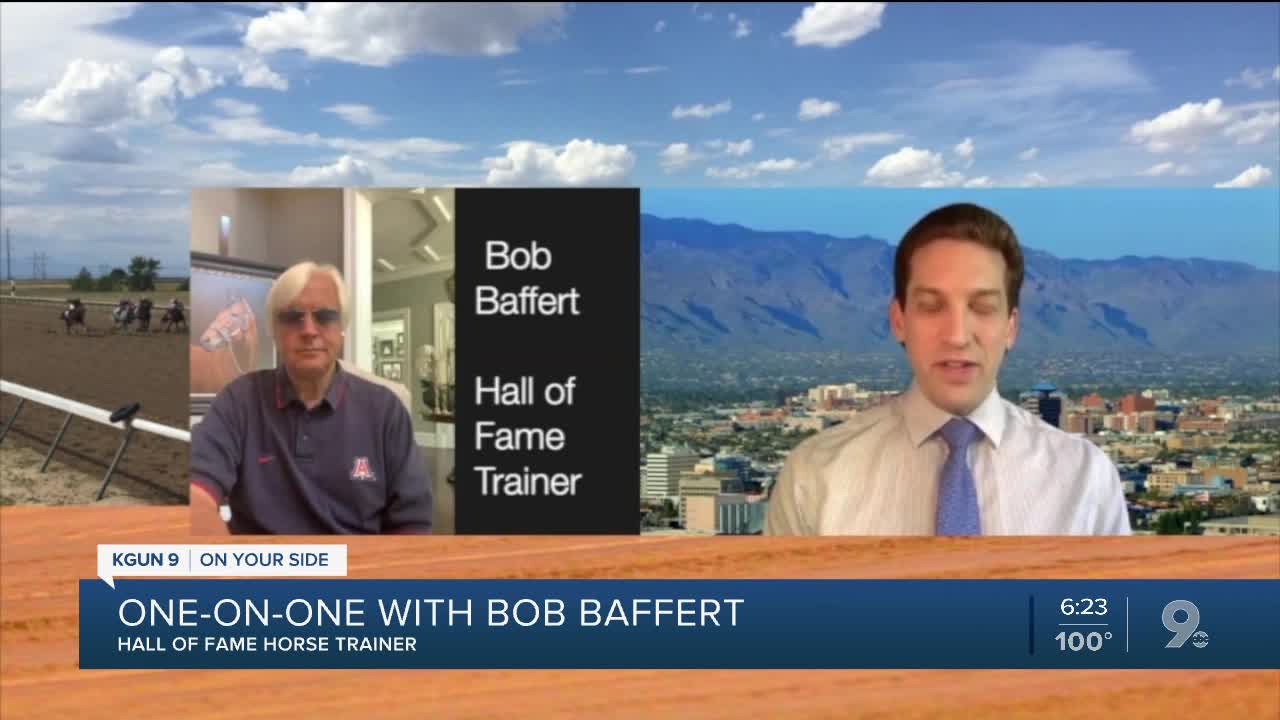 Jason Barr interviews Bob Baffert ahead of the Arkansas Derby

TUCSON, Arizona — The following is part two of a two-part interview with legendary horse trainer Bob Baffert. The southern Arizona native and UArizona alum is preparing for Saturday's Arkansas Derby, which will be held with no fans. A link to part one, in which Baffert talks about this year's Triple Crown hopefuls, can be found at the bottom of this transcript.

Jason Barr:
Tell me about what precautions you are taking. You use masks around horses anyway. Do you need to take any extra precautions with the ongoing virus.

Bob Baffert:
We take temperatures every day at the track. If somebody gets sick, and nobody has yet gotten sick, they are not allowed to come to work even if they have a little cold. Everybody is scared and worried about it, so we take extra precaution.

Bob Baffert:
It's exciting. And I won it with "Thousand Words," so that was neat for him to be my 3,000th winner. Who would have thought that. It's something I'm proud of. I started out in Nogales, Arizona, and never dreamt of anything. And then, Sonoita, where I learned to get on a horse. Then, I moved to Rillito, and that was big-time. And, here I am in California. I've very fortunate. I started out in Arizona, and I haven't forgotten that.

Part one can be found here: https://www.kgun9.com/sports/local-sports/part-one-one-on-one-with-bob-baffert