More people killed on Tucson roads in 2019 than ever before 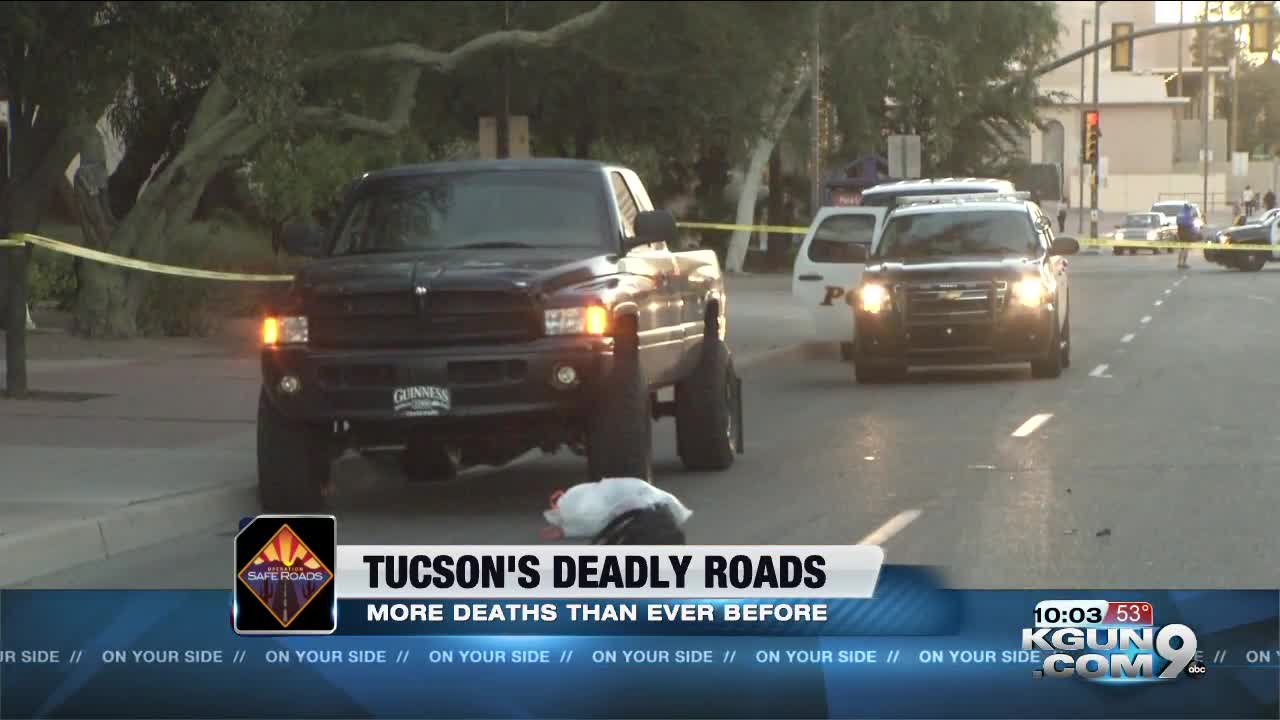 The number of deaths on Tucson roads this year have reached new heights, according to the Tucson Police Department. 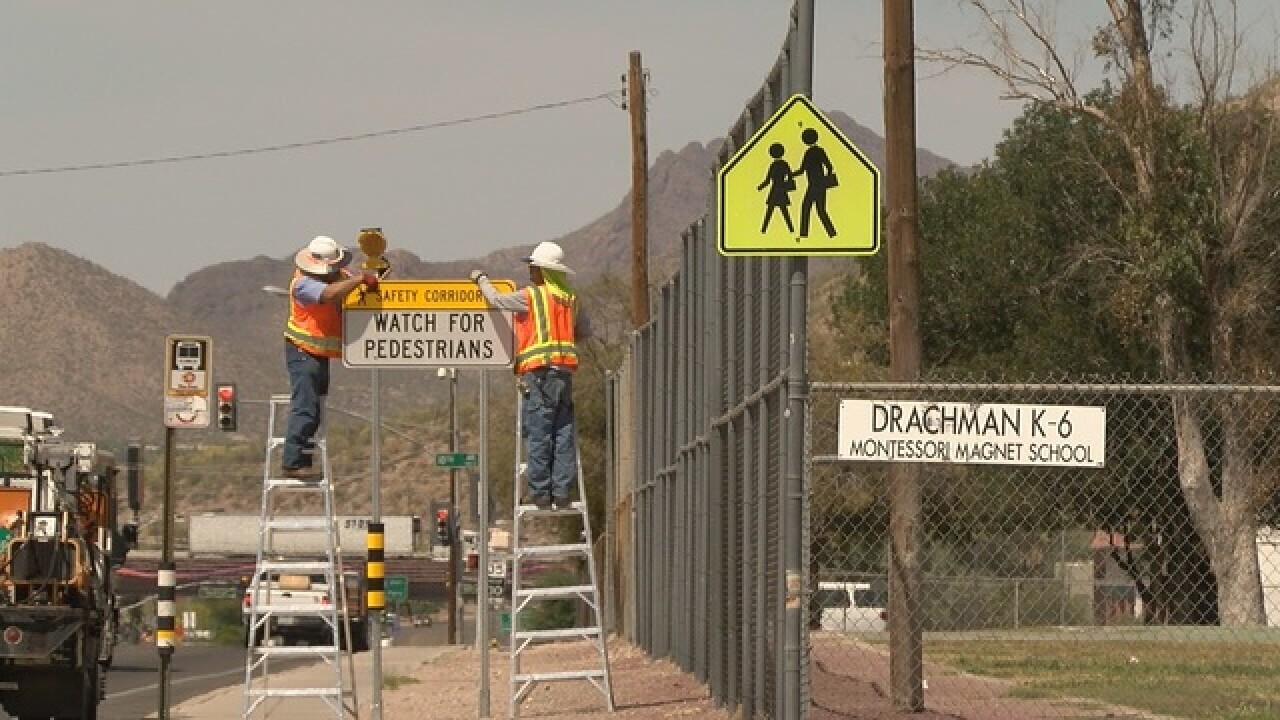 TUCSON, Ariz. — The number of deaths on Tucson roads this year have reached new heights, according to the Tucson Police Department.

It's a scene that's all too familiar in the Old Pueblo, the police lights and crime tape blocking off an intersection, or portion of a roadway.

The numbers are staggering. As of Dec. 10, 75 people have died in traffic-related crashes this year alone.

That's more traffic deaths than there have ever been on record, according to TPD traffic investigator Sgt. Mark Dana.

It breaks down to 37 pedestrians, 6 bicyclists, 13 motorcyclists, and 19 people in cars.

MAP: These intersections see the most left turn crashes in Tucson

Sgt. Dana says the thing that is most concerning to him, is that around 85 to 90 percent of all pedestrian crashes were the pedestrian's fault.

"They are crossing mid-block," Sgt. Dana said. "Or if they do cross at a crossing or an intersection where they are, they're not willing to wait for the light to change and cross legally."

But he says that doesn't mean drivers aren't to blame at all. But rather, people in general are simply too impatient.

"The pedestrian doesn't want to walk to the corner and wait for the light to cross," Sgt. Dana said. "Motorists are speeding, running red lights, running stop signs -- things of that nature."

One of the biggest challenges, Sgt. Dana says, is there is not just one solution to the problem. It needs to be one big combined effort to lower make our roads safer for everyone.

"We as a police department, can't enforce our way out of this," he said.

He says it comes down to stricter enforcement, officials looking into possibly changing road designs, and a greater effort from people on the road. That comes down to everyone doing their part to simply slow down.