MAP: These intersections see the most left turn crashes in Tucson 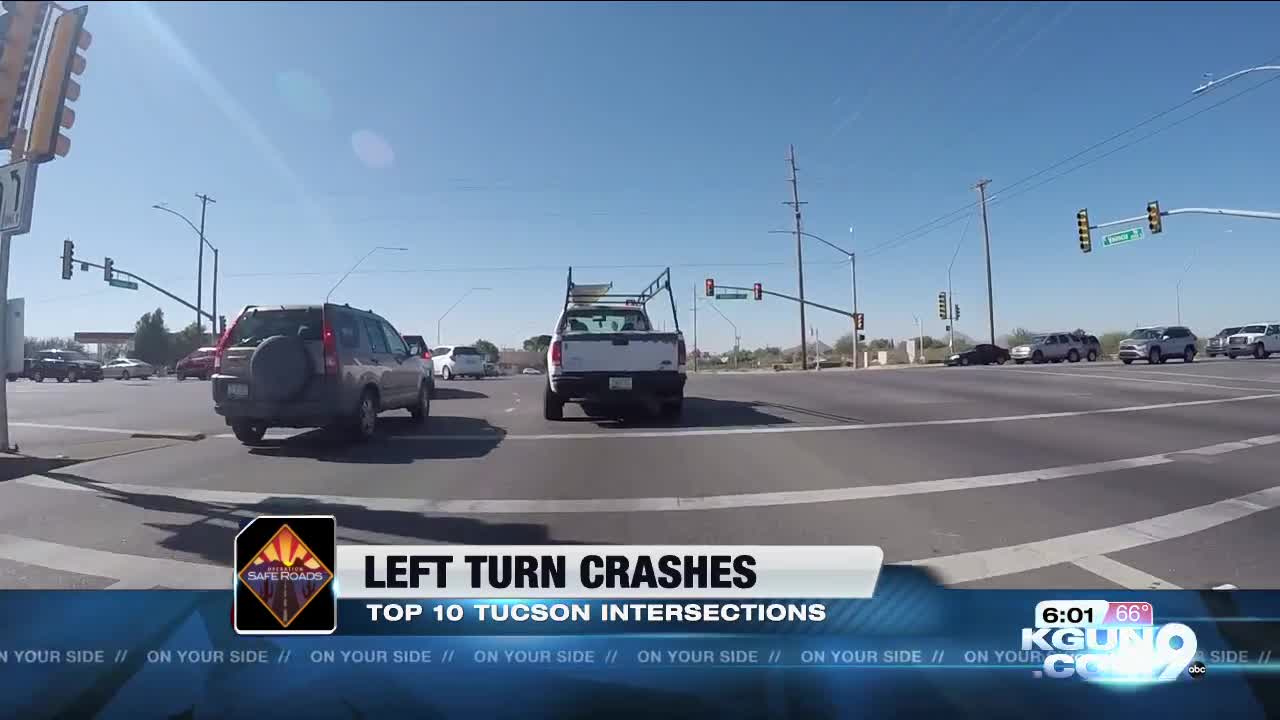 Left turn collisions are the leading cause of crashes in intersections in Tucson, according to data from the Tucson Police Department.

TUCSON, Ariz. — Left turn collisions are the leading cause of crashes in intersections in Tucson, according to data from the Tucson Police Department.

According to the data, the top five intersections for crashes are near, or above two crashes per month.

The Tucson City Council, TPD, and the Tucson Department of Transportation are working together to implement more protected left turns.

Valencia and Nogales is the #1 intersection for left turn crashes, according to @cityoftucson. @Tucson_Police data shows 28 crashes happened here within the past year. @kgun9 pic.twitter.com/iq68vdTKQH

"What we're talking about is putting a lag left," Kozachik said. "And it's after all the other movements have stopped. That's automobiles, it's bikes, it's pedestrians. So that the only thing happening in the intersection is the person making a left turn."

TDOT recently implemented flashing yellow turn signals at intersections along Speedway. That change has helped reduce the number of crashes, according to spokesperson Mike Graham.

The City is looking into what intersections to add protected left turns, and when they could be installed.