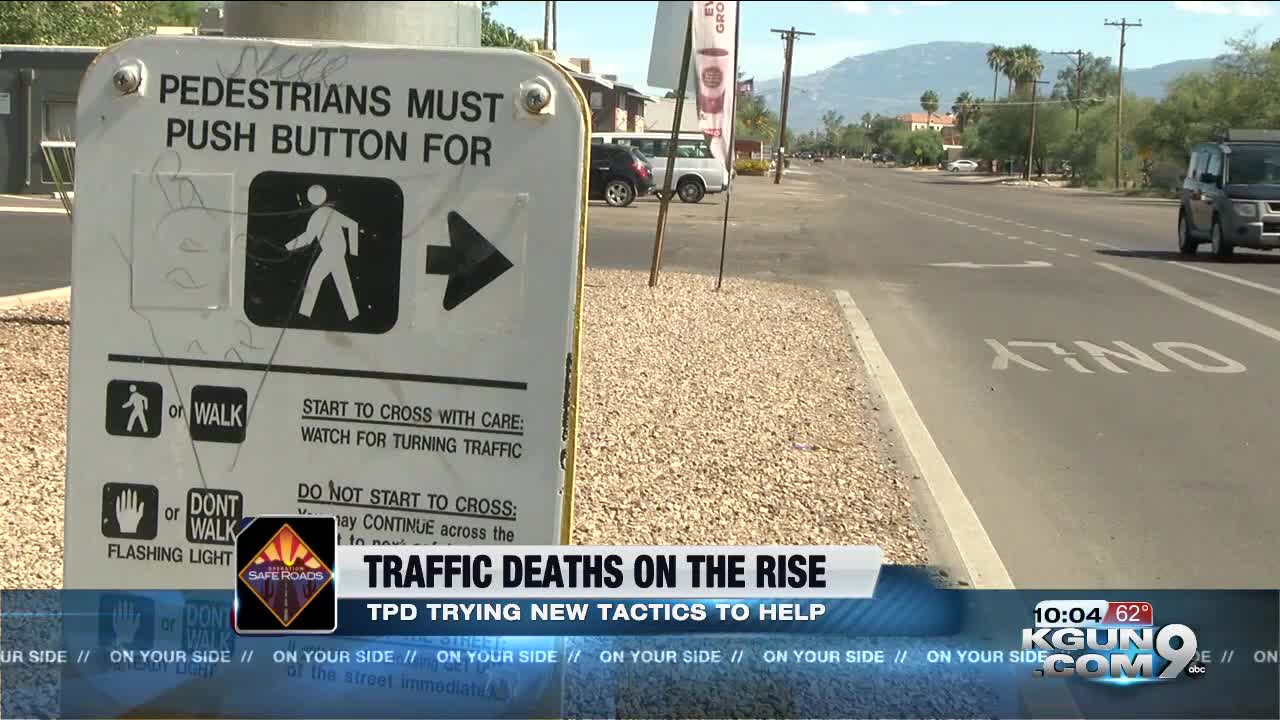 The number of traffic deaths in Tucson has continuously increased every year since 2014, according to Tucson Police. 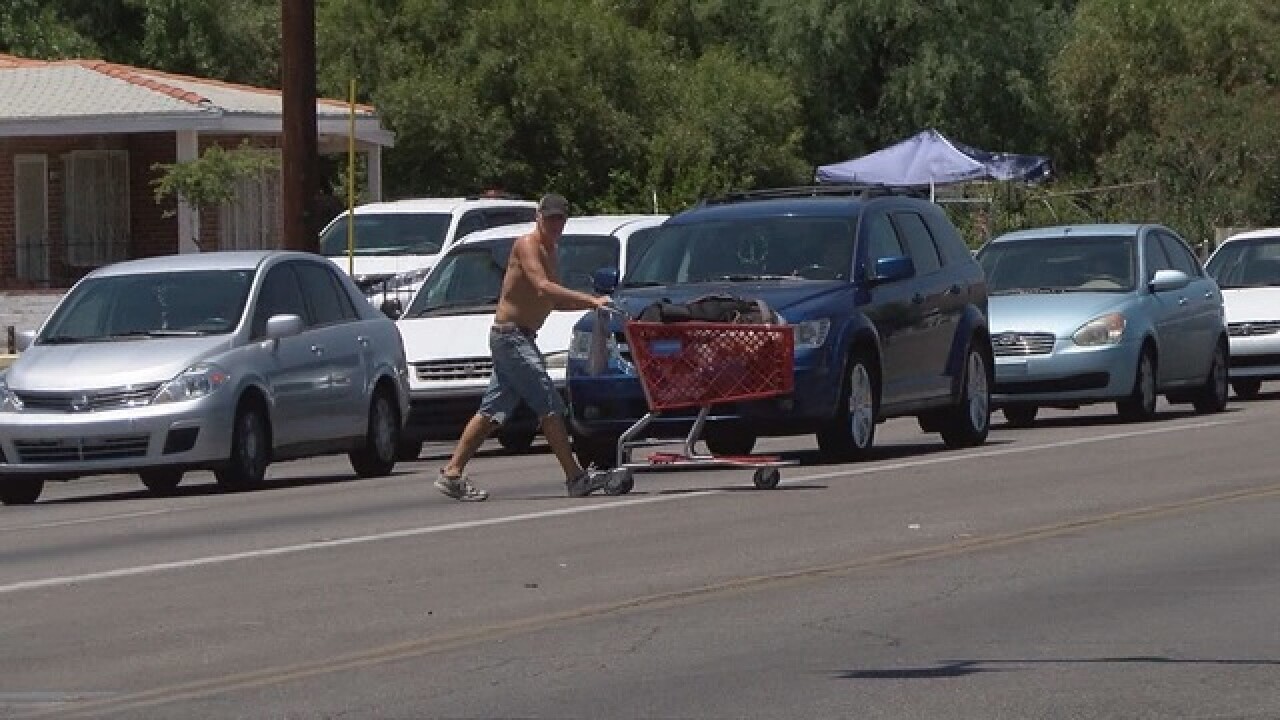 TUCSON, Ariz. — The number of traffic deaths in Tucson has continuously increased every year since 2014, according to Tucson Police.

Since the start of the year, 66 people have died in crashes in Tucson. That breaks down to 33 pedestrians, 6 bicyclists, 10 motorcyclists and 17 people in cars.

Last year at this time, there were 64 deaths. 2018 saw a total of 69 pedestrian deaths, according to the Tucson Police Department.

Captain Diana Duffy is the traffic coordinator for TPD. She's working closely with the Tucson Department of Transportation, to look at what's happening in certain ares with a lot of pedestrians, or with a lot of crashes.

By January or February 2020, Duffy says she expects they'll have a better idea of what needs to be done to certain areas when it comes to traffic safety.

"At that point, we want to kind of introduce some different mid-block crosswalks, some different lighting, signage to the area," Duffy said. "And then how that improves."

Outside of the normal education in schools and enforcement along the road, TPD is now thinking more outside the box, according to Duffy.

"I just ordered today, some reflective backpacks, some lights, some bracelets for kids -- for pedestrians to wear," Duffy said. "Because we know that increases the driver's awareness in coming across them."

The department is also planning to visit different kinds of places such as parks and treatment homes, to hand out informational packets and reflective gear.

"Things of that nature, where we know that there's a lot of pedestrian traffic," Duffy said.