March to the Alamo City 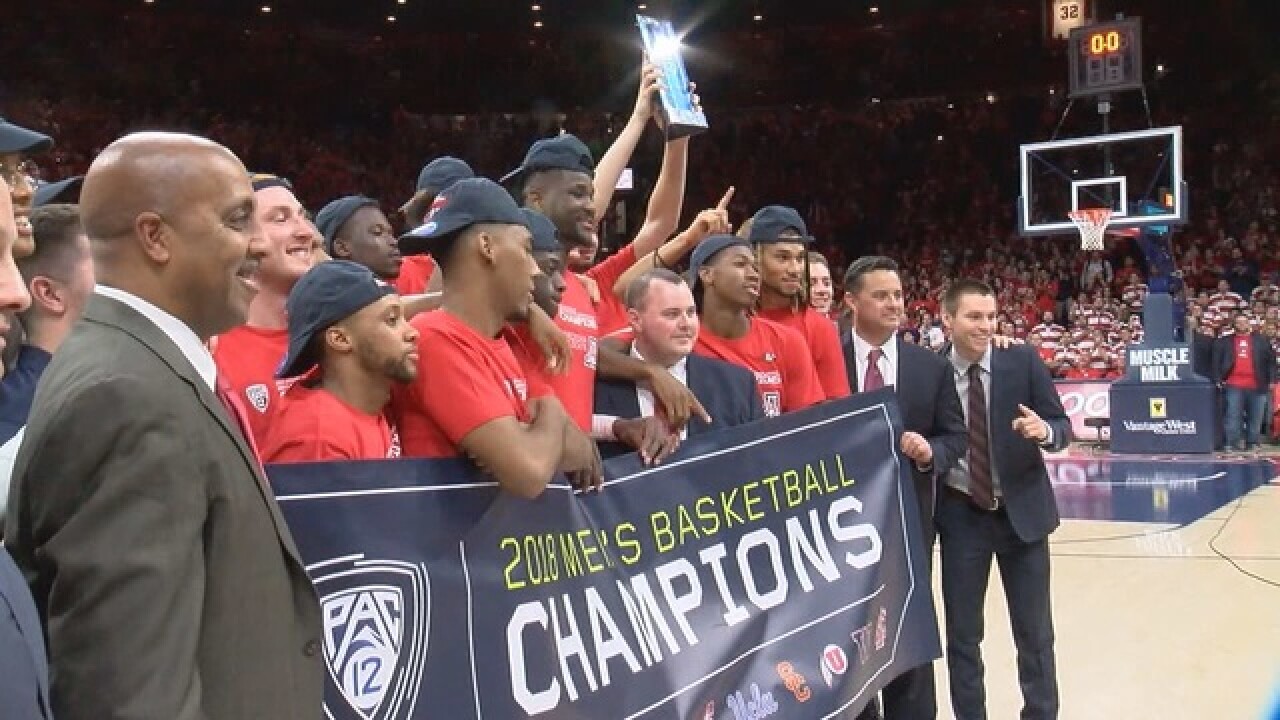 It's been an Arizona Wildcats basketball season like no other.

The program was caught in the middle of an FBI college basketball bribery scandal that's rocked the sport. The scandal resulted in the dismissal of UA Assistant Coach Emanuel Book Richardson.

An ESPN report called into question the recruiting practices of Coach Sean Miller.

Erica Weston takes a look back at the 2017-2018 season that nobody could have imagined.

Many great players have laced up their sneakers at McKale Center, but none quite like Arizona's Deandre Ayton.

Dusan Ristic loves Tucson, and Tucson loves him back. He is playing the best basketball of his career heading into the tournament. We take a look back at his four years in red and blue.

Jason Barr looks back an emotional senior day at McKale Center where players ran through the stands and cut down the nets.

Through it all, Arizona has picked up the pieces, and the Wildcats are now set to make a run in the NCAA tournament and march their way to San Antonio.

A season of adversity: everything that tested the Wildcats this season

Deandre Ayton has a ton of talent

Dusan Ristic playing his best basketball heading into the tournament