Dusan Ristic playing his best basketball heading into the tournament 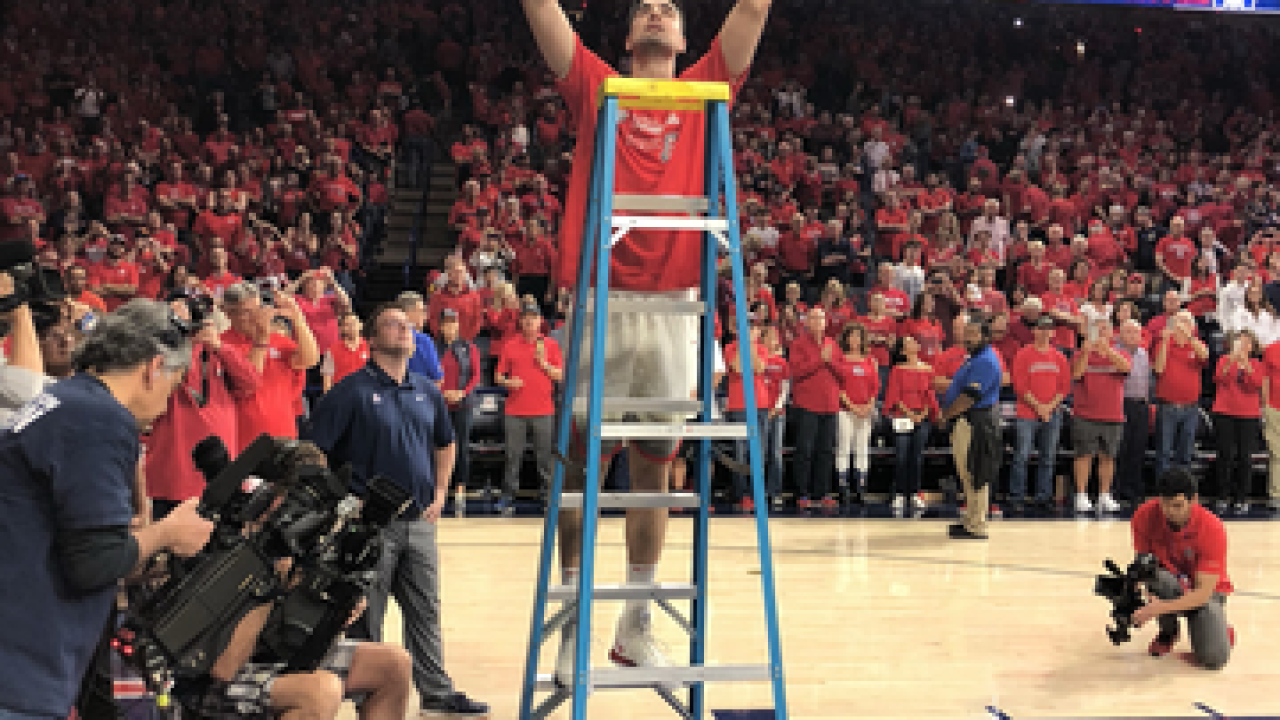 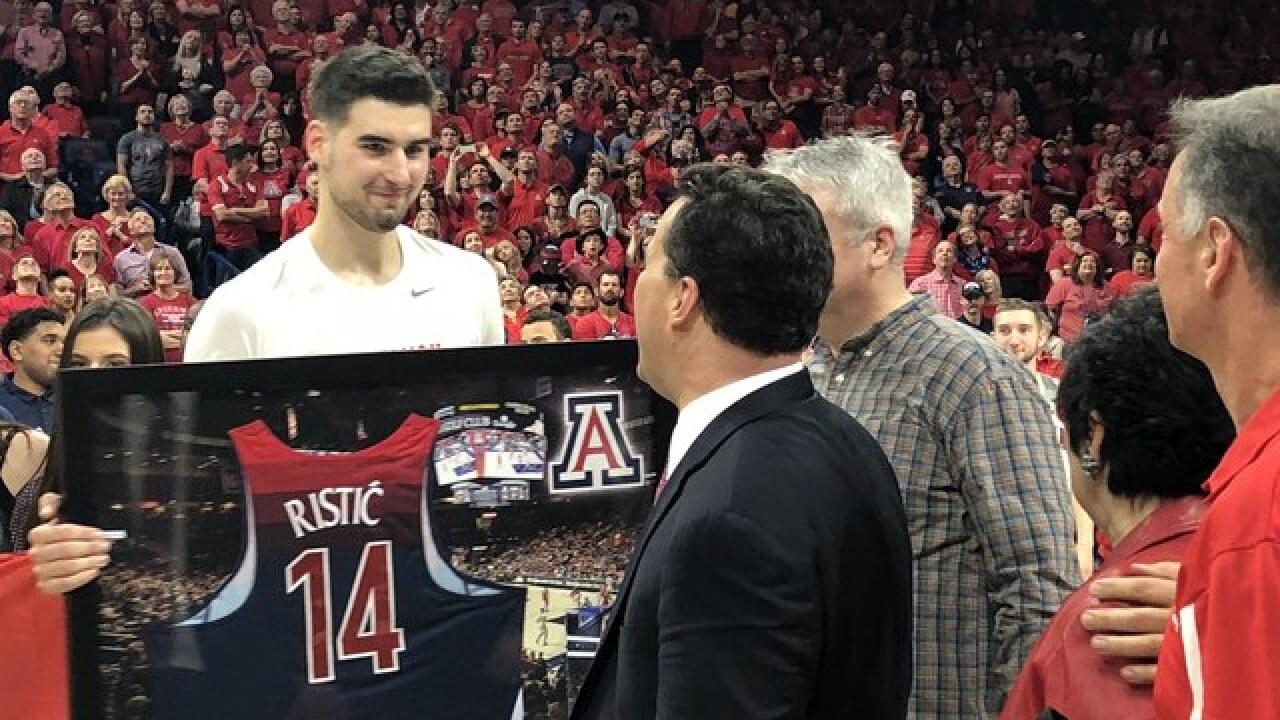 “He's kind of that Sesame Street character, you know one of these kids that's doing his own thing."

That was how Head Coach Sean Miller described Dusan Ristic in his early years with Arizona Basketball.

It wasn't an easy start at Arizona for Senior Dusan Ristic. His name rhymed with Tucson, but would he be a fit for the Wildcats?

The 4-star recruit out of high school came to Tucson from Serbia and barely spoke English. But he was a big guy, with a tremendous offensive touch that Sean Miller hoped would grow into one of his leaders one day.

“The way he told me, I took it as a positive thing, you know,” said a young Ristic after hearing Miller’s critical comments.

Dusan has never been the first option for big guys in Tucson.

Early on, he shared the air up there with Kaleb Tarczewski, then last year with Lauri Markkanen and this year with Deandre Ayton. But it's not just his English and basketball ability that's grown here in the desert.

It's his confidence too.

“I don't talk about him nearly enough. You get a player like him, and you always hope they develop into something special because he works so hard. He's our team's heart and soul in a lot of ways,” said Miller of Ristic at a press conference during his senior season.

Dusan has translated his success into Arizona’s all-time winningest player, and one of Arizona’s senior voices. But it's not his individual success that's important to him. Dusan would love nothing more than to end his time as a Wildcat, with a trip to the Alamo city.

“We talk about how this is our last chance here,” said Dusan. “Our last chance to make something big here. To fulfill our goals, to go to a Final Four, compete for the National Championship.”