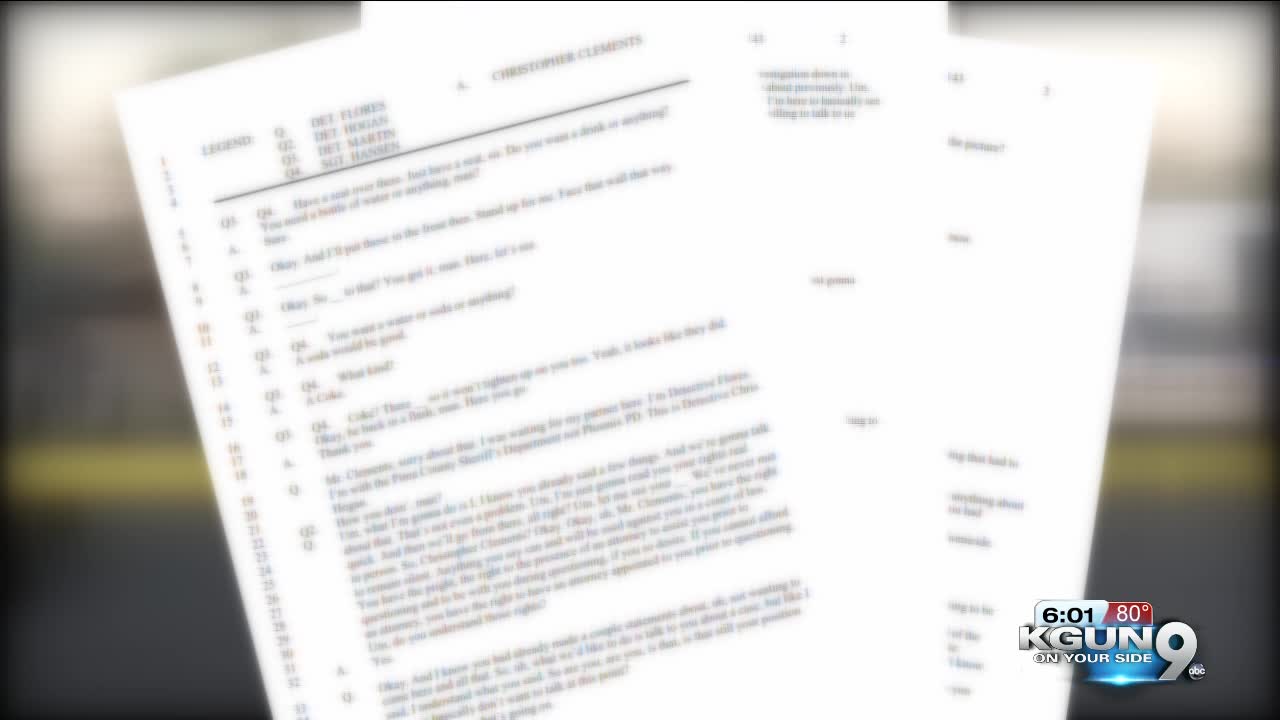 A batch of newly released documents is shedding light on the investigations surrounding the murders of 6-year-old Isabel Celis and 13-year-old Maribel Gonzalez. 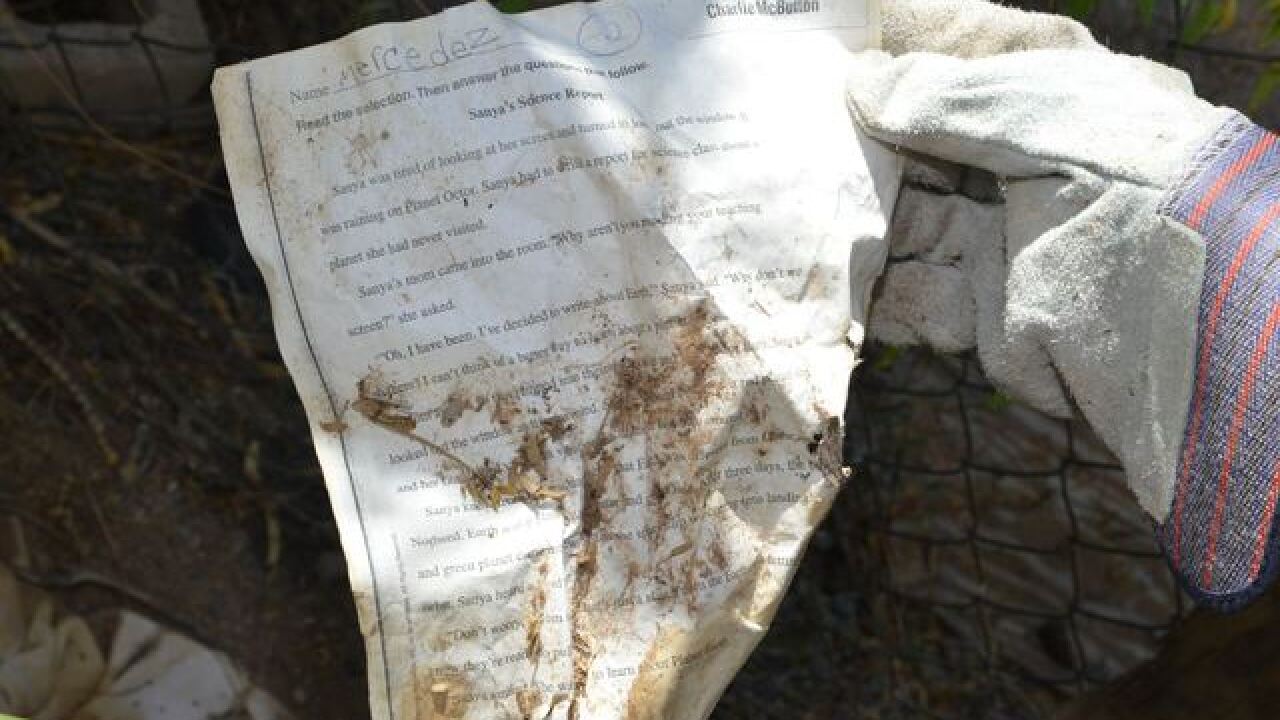 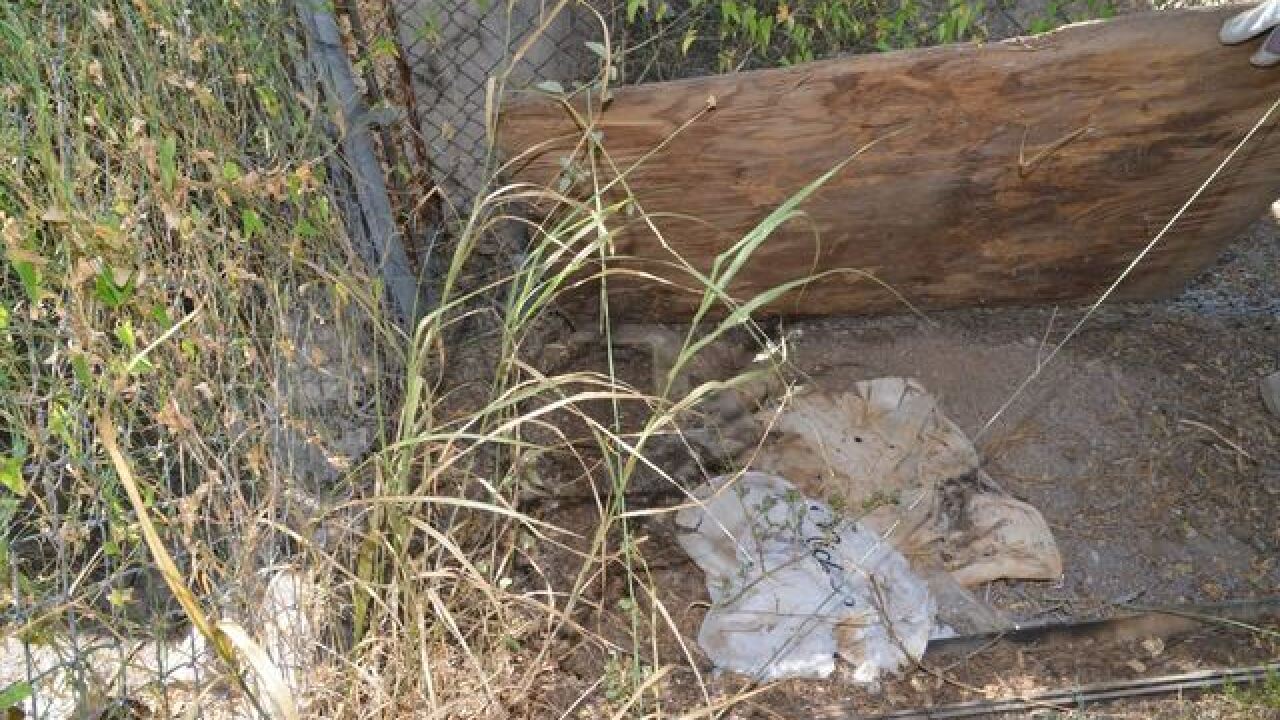 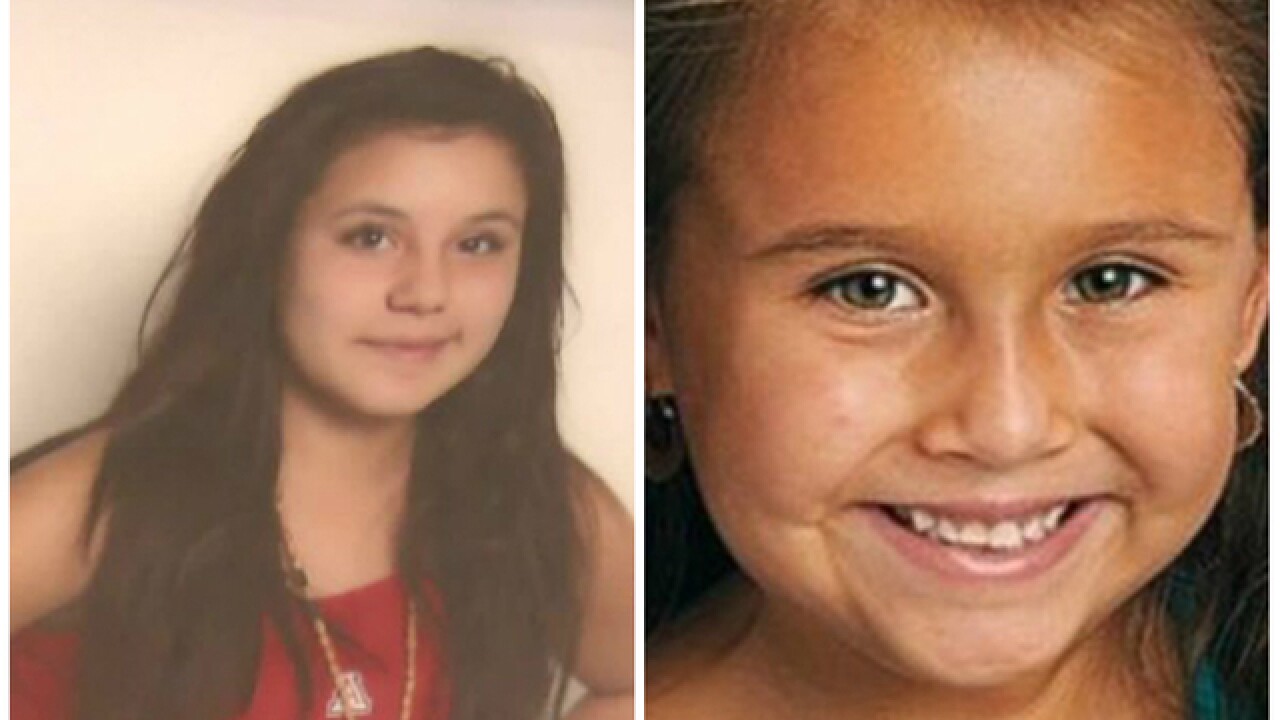 A batch of newly released documents is shedding light on the investigations surrounding the murders of 6-year-old Isabel Celis and 13-year-old Maribel Gonzalez.

The Pima County Attorney's office released four important documents related to the investigation Monday: Autopsy reports for each girl, an interview transcript with 36-year-old Christopher Clements -- who is charged in both of their deaths -- and photos from a search warrant served at Clements's former home.

The photos mostly consist of the backyard area of the home on Tucson's east side. Clements lived there with his girlfriend around the time that the girls went missing.

Most notably, investigators snapped a picture of a piece of homework belonging to a girl named "Mercedes." Although Isabel Celis's middle name is Mercedes, it's not clear whether or not the homework belonged to her, or whether it's relevant at all to the investigation.

The interview transcript with Clements is from August 2017, conducted at the Maricopa County Jail with two detectives from the Pima County Sheriff's Department. In it, Clements denies knowing anything about Maribel Gonzalez. When asked, he also denied killing or sexually assaulting her.

Celis and Gonzalez's autopsies were conducted in 2017 and 2014, respectively. Both analyzed the bones of the young girls, which were found in the desert in Avra Valley. DNA samples were used to identify their remains, and the manner of death for both girls is listed as "homicide by unspecified means."

Celis and Gonzalez were reported missing two years apart -- Celis in 2012 and Gonzalez in 2014 -- but earlier this year, investigators charged a Tucson man in both of their deaths: 36-year-old Christopher Clements.

He first appeared on investigators' radar in 2017 when he was arrested for several burglaries in Maricopa County. He tried to strike a deal with prosecutors by offering to lead investigators to Isabel Celis's final resting place. Instead, prosecutors were able to gather enough evidence to charge him with two murders.