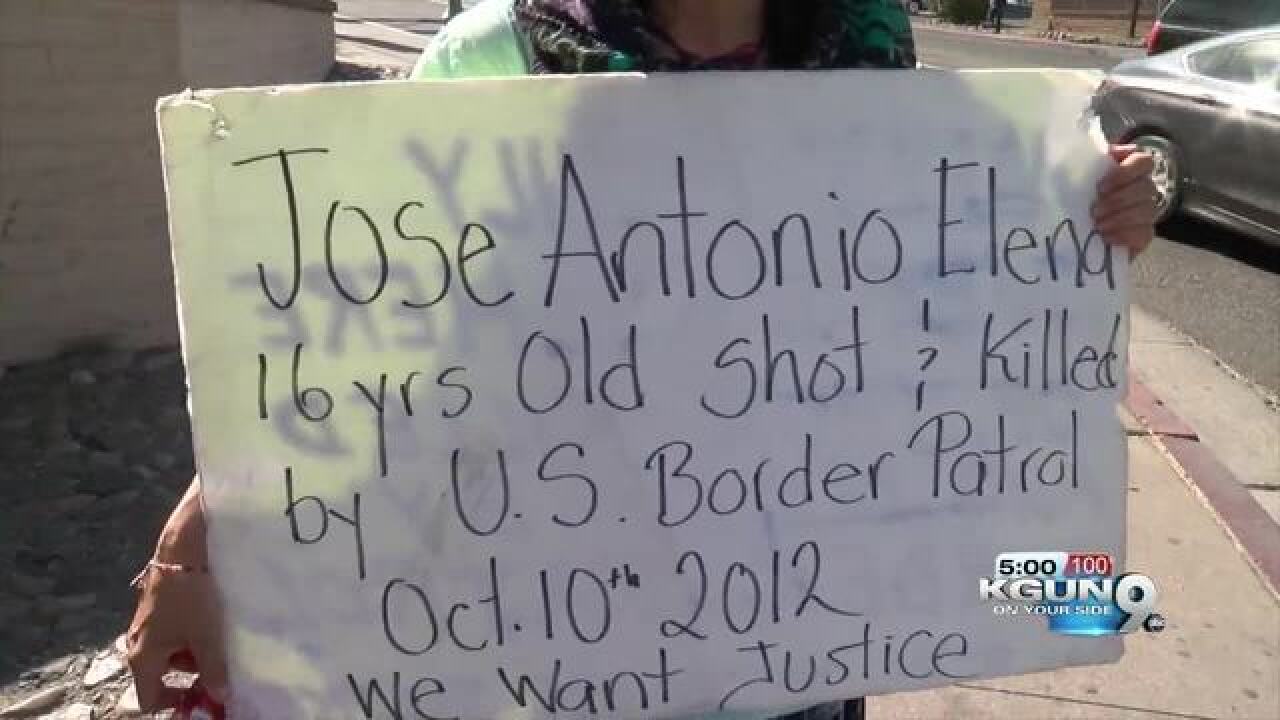 The family of Jose Antonio Elena Rodriguez has held a vigil for him every month since his death in 2012 near the U.S. Mexico border where he was killed.

This vigil is different.

A very special vigil and march for the family and supporters because this is the first monthly vigil held after Border Patrol Agent Lonnie Swartz was found not guilty of second-degree murder last month.

There is a hearing set for Friday to see if Swartz will face manslaughter charges.

Dozens are expected to participate in the vigil and march.

Some of them gathered on the U.S. side of the border and crossed into Mexico where the events will be held at Plaza Hidalgo.

Jose Antonio Elena Rodriguez who was shot and killed through the border fence in 2012 by Swartz.

Many people are traveling from the Tucson area to participate and show their support to the family today.

They say they just want justice.

"With this one, we hope that we this one we can raise the consciousness of the attorneys and some sort of justice will happen," said Ana Maria Vasquez of Nogales, Arizona.

Barbara Lemmon of Green Valley said,"this is an international shooting in two countries."

The vigil is expected to begin around 5 p.m.

A few of Elena Rodriguez's family members are expected to be at the vigil.