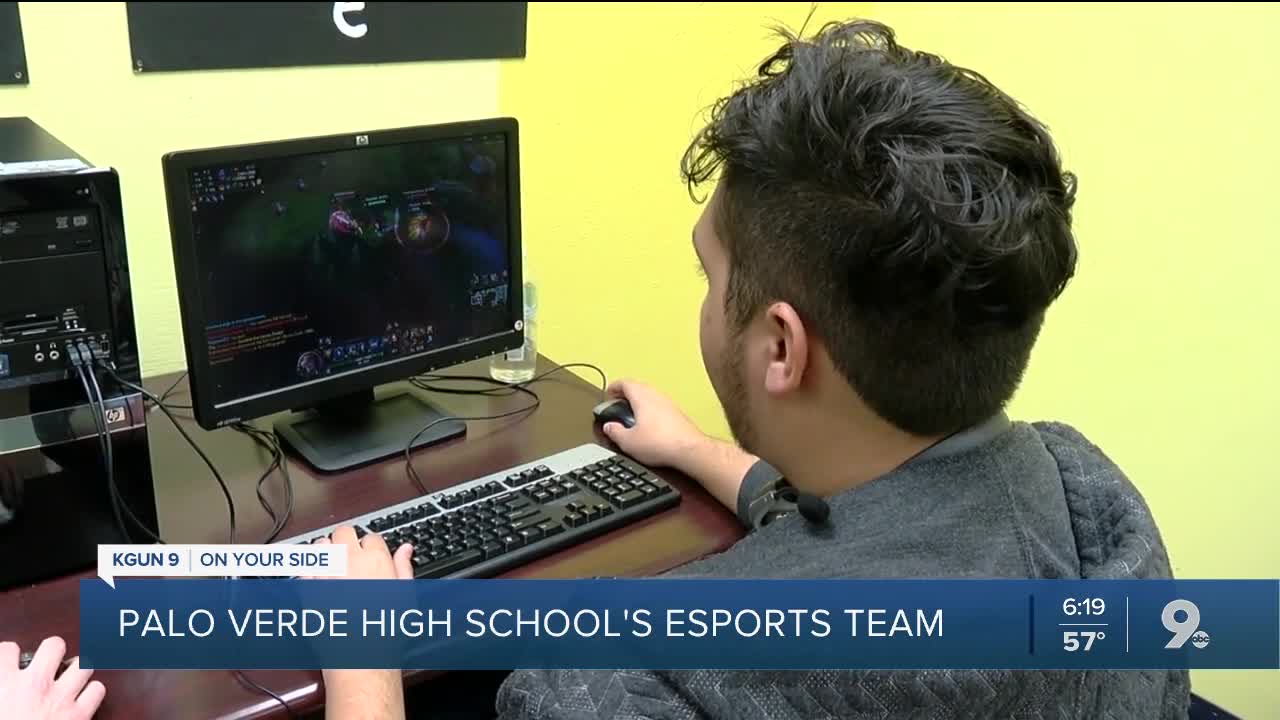 TUCSON, Ariz — Palo Verde senior Jorge Lopez has always loved video games, so he got together with some friends who had a similar idea.

"We should make a gaming club like any sports team," Lopez recounted. "We signed up, and we had to find a coach."

The students approached Maria Encinas, the exceptional education teacher at the school.

"I've been a big gamer pretty much my whole life," Encinas said. "We had to pilot everything from how to figure out how to pay for it, to try and figure out strategies."

The students play a game called League of Legends, which is similar to a gaming style of Capture the Flag. Palo Verde might be the only southern Arizona school to have ESports, but since competition is done online, they had no trouble playing against schools from Phoenix. And, the Titans finished 16th out of 48 schools in the sports' first season.

"It's a great accomplishment," said Lopez. "It was a very proud moment for the team and for the club."

Lopez wants to continue gaming next year in college, and to use a set of skills that translate into the workforce.

"They move into cyber security positions," said Encinas. "They move into running the information technology departments. Those are the people who are gamers."