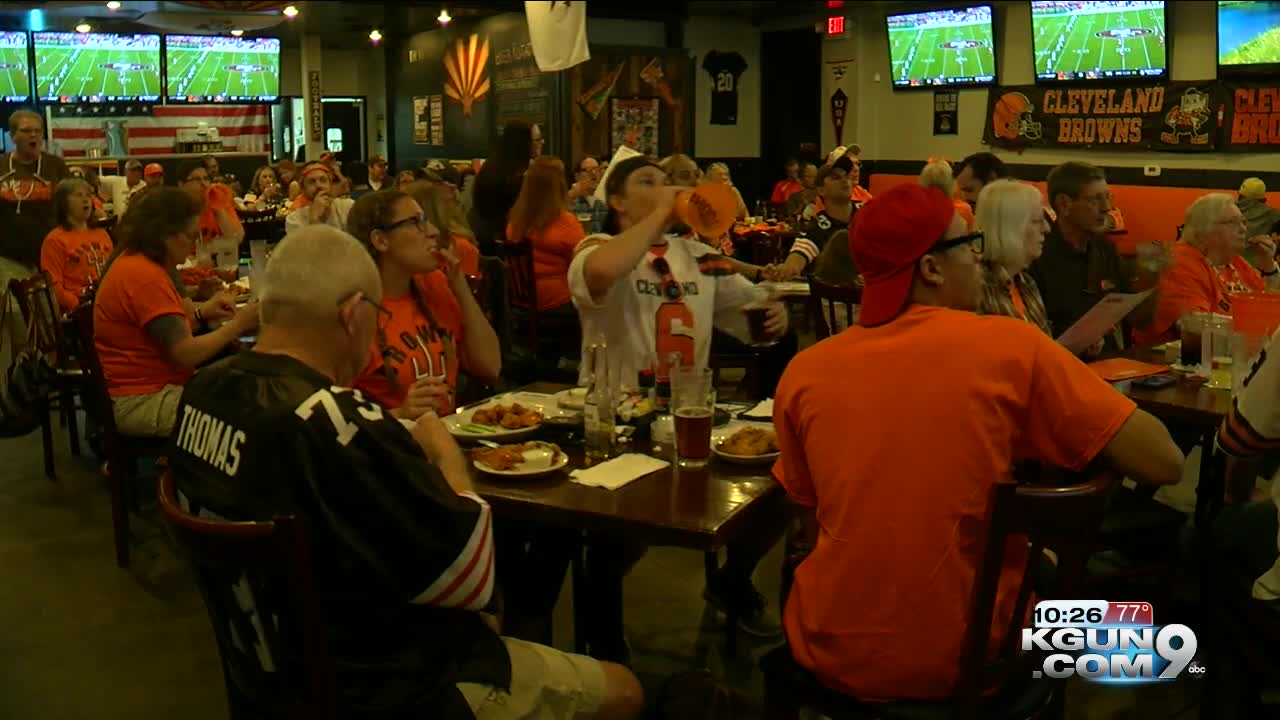 The Tucson Dawg Pound roots on the Cleveland Browns

TUCSON, Ariz — We might be in a Tucson sports bar, but for all intents and purposes, Trident Bar and Grill is Browns Country on gameday.

Karen Tarr has been a Brown fan her etnire life.

"I was Browns fans even when we didn't have a team," said Carr. "It's just built in me, and I love football. We all get together on gamedays and its fabulous."

"That meant so much because we beat out groups in numerous countries," said Semler. "It shows us how strong this group is."

On this night, nearly 100 fans showed up. The Browns may have lost to the 49ers, but Tarr was a winner of the raffle, a Browns lawn chair. She's patiently waiting for the team's elusive trip to the Super Bowl.