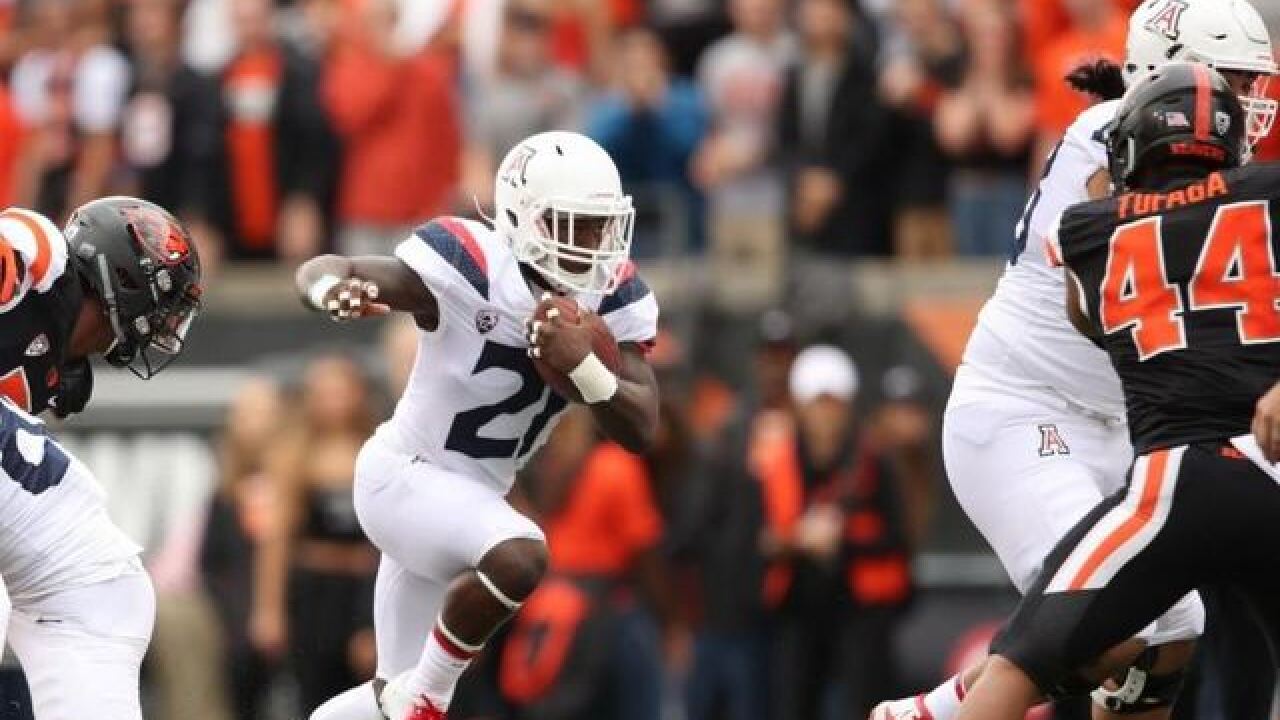 ARIZONA ATHLETICS
Villarreal, Phil
<p>Arizona Wildcats running back J.J. Taylor was named Pac-12 Offensive Player of the Week for the way he tore the Oregon State defense to shreds.</p> 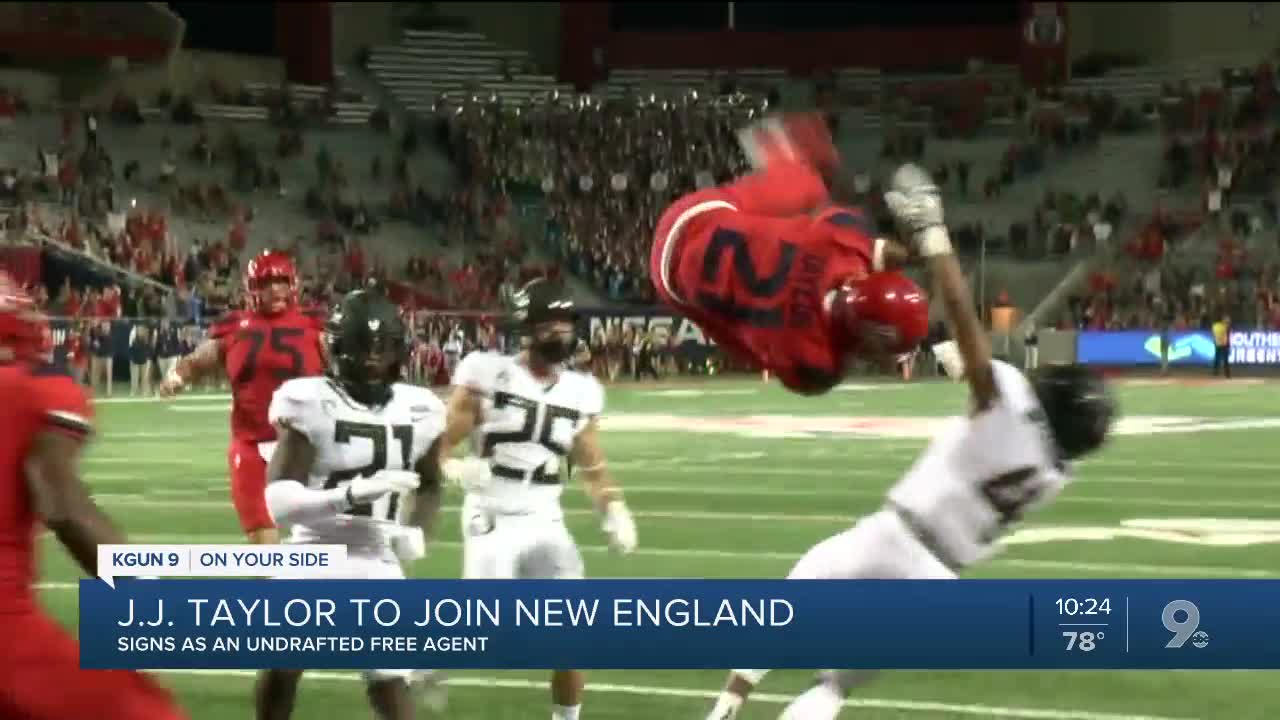 TUCSON, Arizona — Arizona Football running back J.J. Taylor has reportedly signed as an undrafted free agent with the New England Patriots, while defensive back Jace Whittaker has signed with the Arizona Cardinals.

This comes after no Wildcats were selected during the draft, which was held virtually this year due to the coronavirus.

In the 7th round, the Cardinals selected ASU running back Eno Benjamin, who became the first Sun Devil to be selected by the Cardinals since the late Pat Tillman back in 1998.

As of yet, Wildcat quarterback Khalil Tate has not caught on with any NFL team. Tate worked out with, and was mentored by former Philadelphia Eagle Donovan McNabb prior to the draft.

The Wildcats were the only Pac-12 school not to have a player selected.