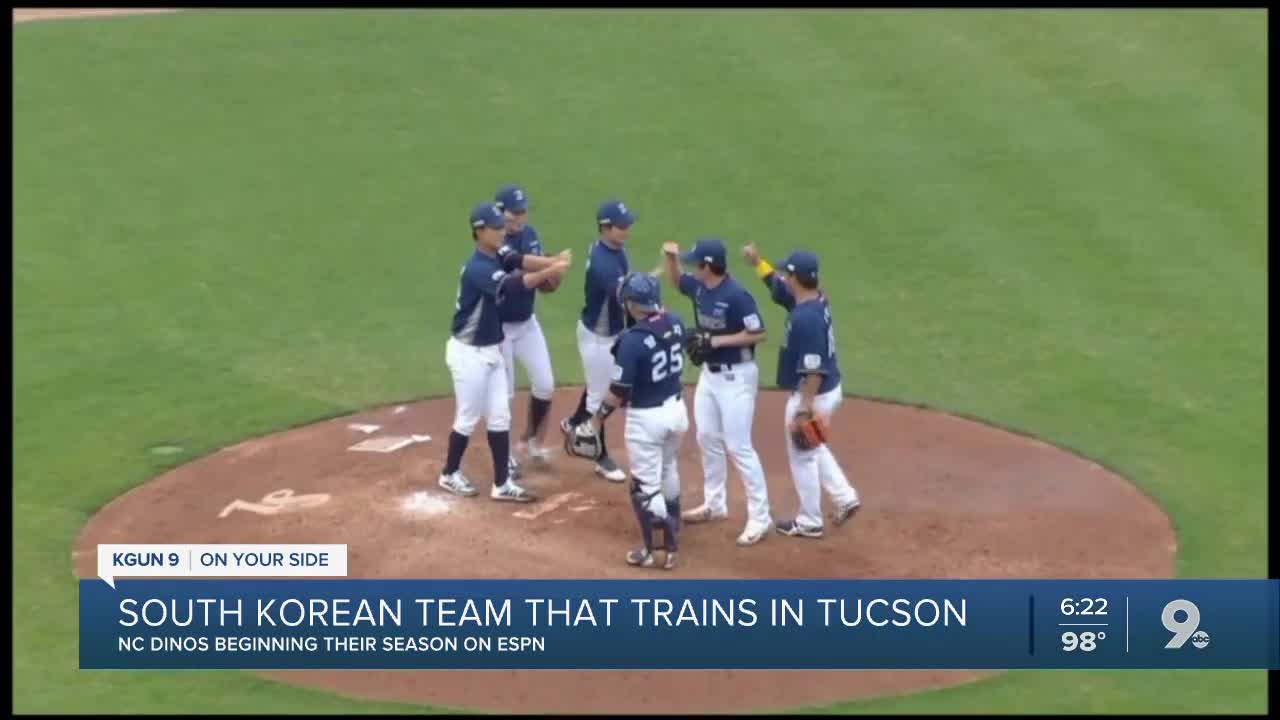 The NC Dinos, who train in Tucson, are playing their games on ESPN in empty stadiums.

Among the teams are the NC Dinos, who most Americans have ever heard of, except for a few here in Tucson. That's because the Dinos hold spring training here each March at the fields located next to Hi Corbett Field.

"When I saw it, it looked like pretty good baseball to me," said KVOI sports radio personality Jay Gonzalez. "I am rooting for the NC Dinos. They’re our team. We adopted them."

"I know some people who are even gambling on it."

The Dinos are playing in empty stadiums due to COVID-19, something we could see from Major League Baseball this year.

"That was one of the reasons I turned on. I wanted to see what it would look like if it was just baseball."

The crack of the bat may not be joined by the roar of the crowd, but fans are restless for a 7th inning stretch.