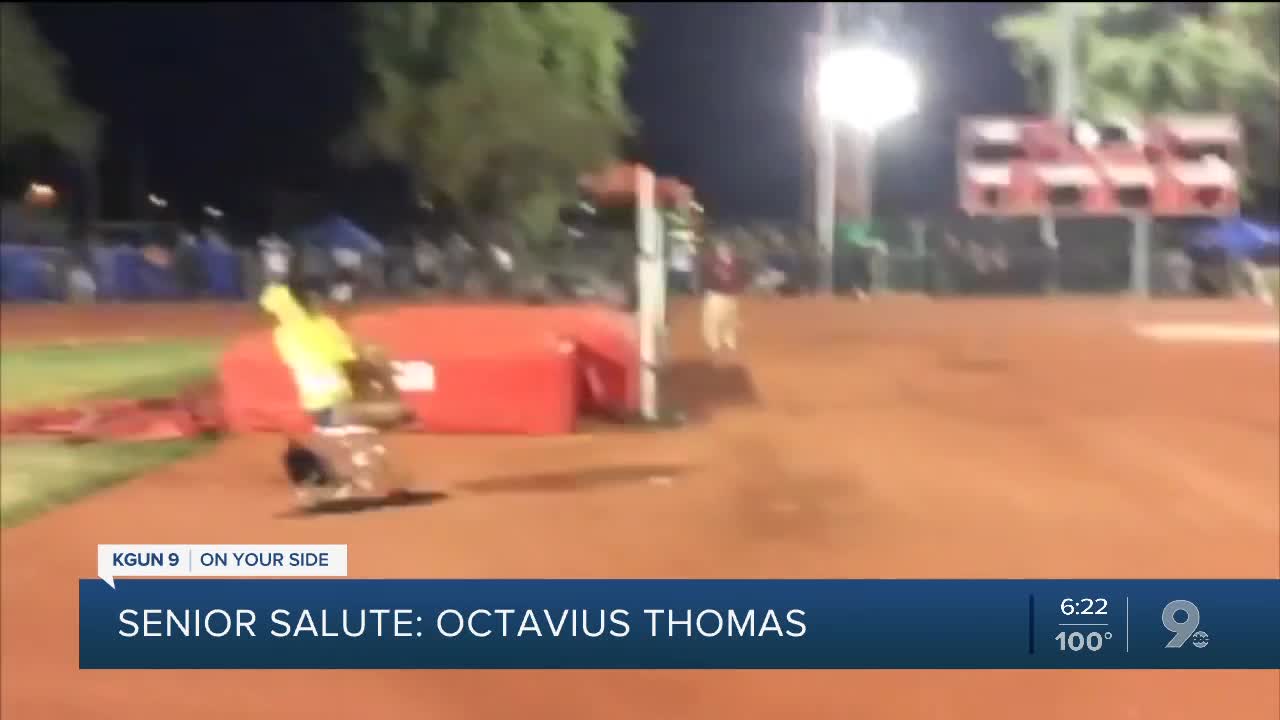 TUCSON, Arizona — After starting his Tucson High athletic career on the football field, Octavius Thomas switched to track and field, where he excelled in both the 100 meter dash and long jump.

He was poised for a big junior season until it was lost due to a high ankle sprain injury.

"It’s frustrating but I keep grinding," said Thomas. "I was able to come back in club {competition} and just be with my team and still try to get better, and healthy, and run competitively."

That’s exactly what Thomas did. As part of a 4x100 relay team, he won a national title for the Tucson Elite Athletic Club. It was in the U.S. Track and Field Junior Olympic competition. Thomas was set for a big high school senior season until it was cut short due to COVID-19.

"It was devastating because I wanted to prove a lot to people this year. I wanted to show that I can still run because last year I was hurt."

Thomas will get that chance at Pima College where he will compete for the Aztecs.

Interim Aztec track and field coach Chad Harrison has caled Thomas the fastest sprinter Pima has recruited in the past 12 years.