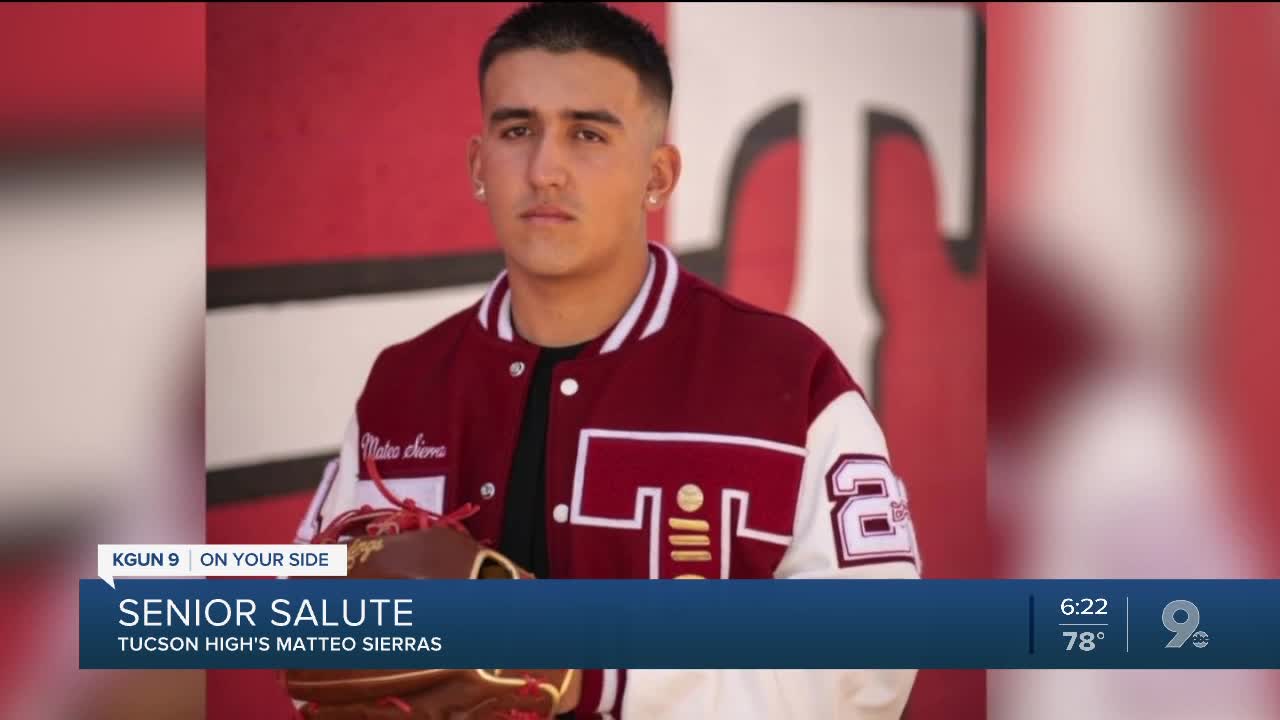 Matteo Sierras pitched a no-hitter in his final game

TUCSON, Arizona — Tucson High senior Matteo Sierras did something many would only dream about. He thew a no-hitter in his final game. Except, he had no idea it would be his final game. The season was canceled due to the coronavirus.

"It was sad not knowing that I wouldn't get to finish, me and the other seniors," said Sierras.

Making it even tougher was the time Matteo was set to spend on the field with his father, who coaches the Tucson freshmen team.

"He's the one who taught me how to play baseball. We had one more year to make a run at it."

The Badgers were ranked by MaxPreps as one of the top ten teams in the state of Arizona. Now Matteo is like many others, social distancing while trying to stay in shape.

"I lift weights. I have an agility ladder. I hit still."

And his Dad is now helping him to play at the next level.

"All sports are shut down. Everybody is on hold because everything is shut down."

And while that no-hitter against Mountain View will be his final high school game, it won't be his final organized game. Matteo is planning to play in Tucson's Sunbelt Collegeiate Baseball League this summer, and then at a junior college for NAIA school next year.