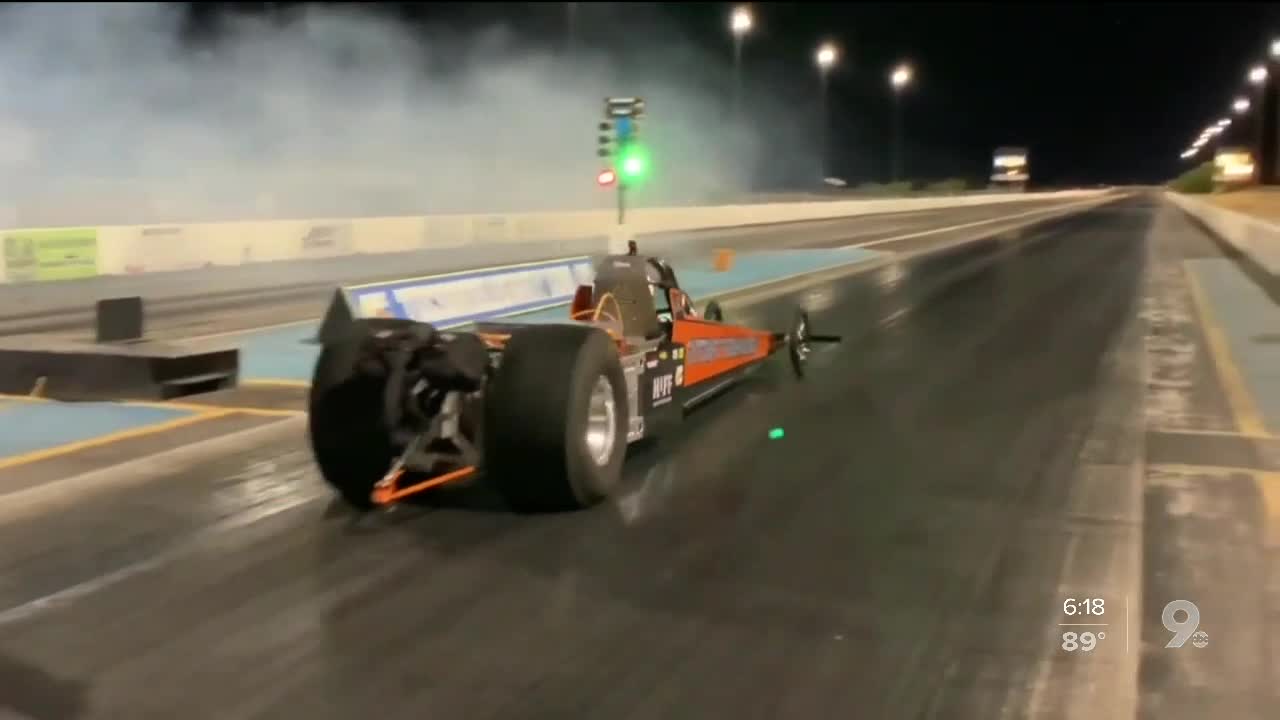 TUCSON, Arizona — It was an electrifying early Thursday morning at Tucson Dragway as Seattle's Steve Huff became the first drag racer to ever hit 200 miles per hour in an electric dragster.

Huff posted a speed of 201.7 miles an hour. He had initially planned the attempt in California, but looked elsewhere as tracks are shut down due to coronavirus.

"We had to drive all the way to Tucson to get this done," an ecstatic Huff said after his successful attempt. "I know with COVID-19 not everyone is having a lot of fun, but we did it."

Huff was aided by one of his sponsors, AEM Performance Electronics, which is in the business of enhancing electric vehicles.