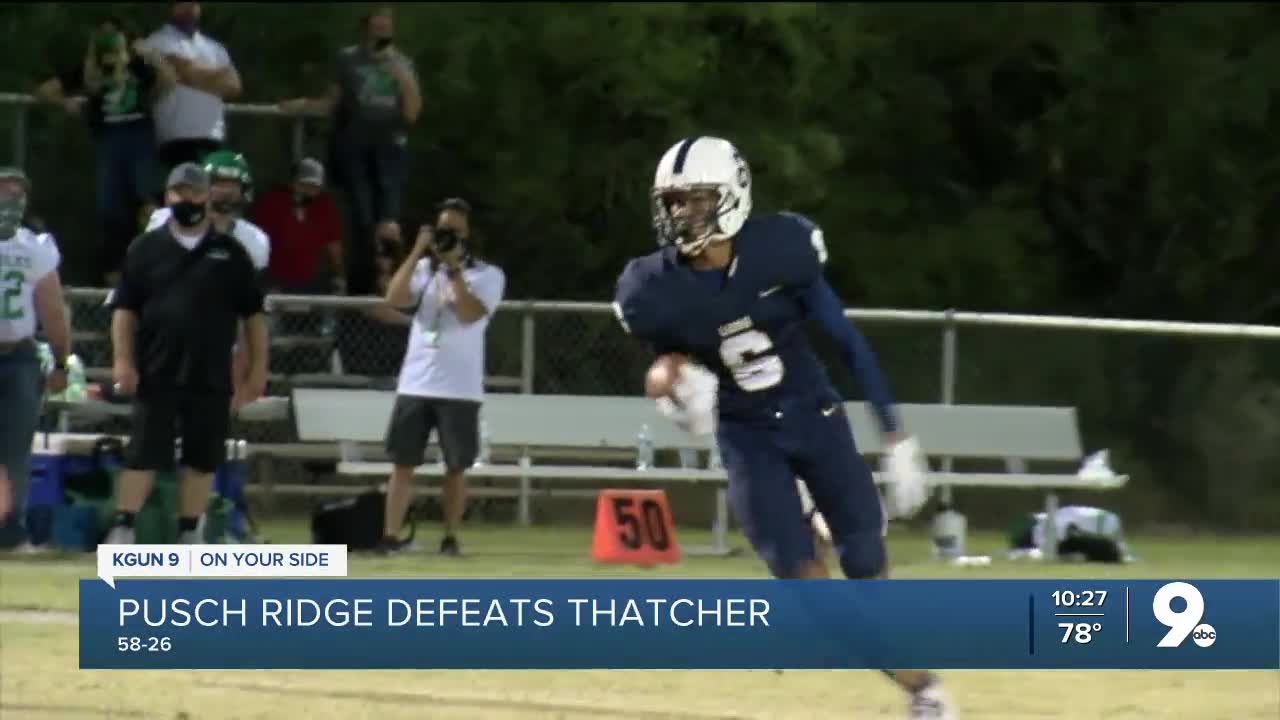 "It was really just a team effort," said wide Rittenbach. "After last week's loss at Yuma Catholic, we realized we needed to clean up our act."

With the win, the Lions improved to 2-1 on the season.

Elsewhere, Willcox defeated Tombstone 47-0, and it was Morenci over Bisbee 39-14.