Pueblo to rename its football stadium after Curly Santa Cruz 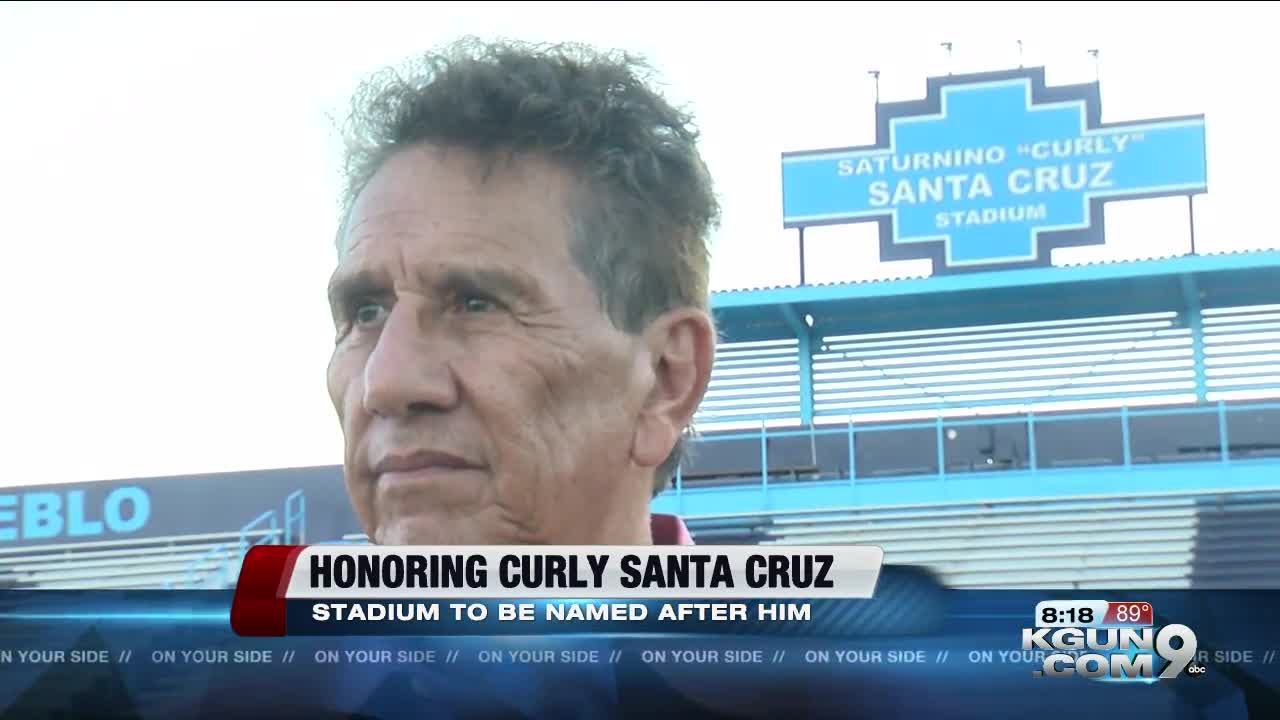 TUSCON, Ariz — Saturnino Curly Santa Cruz has stepped on the Pueblo High School football field for decades, but on Friday night, the stadium will be renamed after the school's longtime football coach.

"My first reaction was that I went numb," said Santa Cruz.

"I think it means the world to him," said current Pueblo football coach Brandon Sanders.

"For them to think that I was worthy of having a stadium sign named after me, it was unbelievable," said Santa Cruz.

Santa Cruz coached some strong teams in the 1980s. While other coaches won more games, perhaps none had a bigger impact on students' lives.

"When you say his name across South Tucson, or all of Tucson, it says respect," said Sanders.

Curly Santa Cruz Stadium will be a stadium deserving of its new name. There is a redone press box, repainted stands and signage, new plumbing and draining, and a redone parking. On Friday, there will be a new public address system just in time to announce the stadium dedication.

"I have really great memories of our former players, and our former students, so I think when I see them, it's going to really hit me," said Santa Cruz.