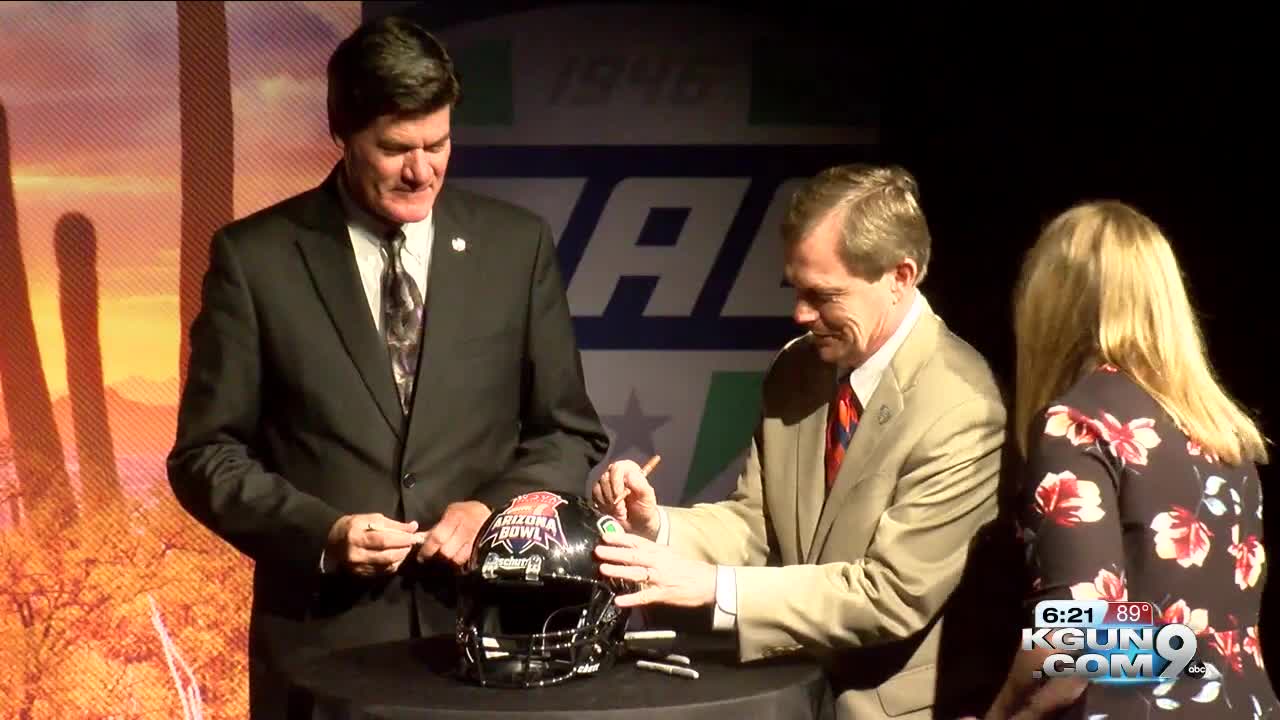 TUCSON, Ariz — It's a step up for the NOVA Home Loans Arizona Bowl, as the game will now feature a Mid-American Conference team versus a Mountain West Conference team in 2020.

"You know it was very gratifying, being a bowl game that is going into its fifth year, because we came from nowhere, and maybe a lot of naysayers, to a bowl game where we were pursued," said founder Ali Farhang.

The MAC represents a higher tier conference for the game, as well a region of the country that has alumni and visitors to Tucson during the holiday season.

"It's a place where we don't get to in the regular season, so it's a new experience for the student athletes," said MAC commissioner Dr. Jon A. Steinbrecher. "It will be one of our upper selections."