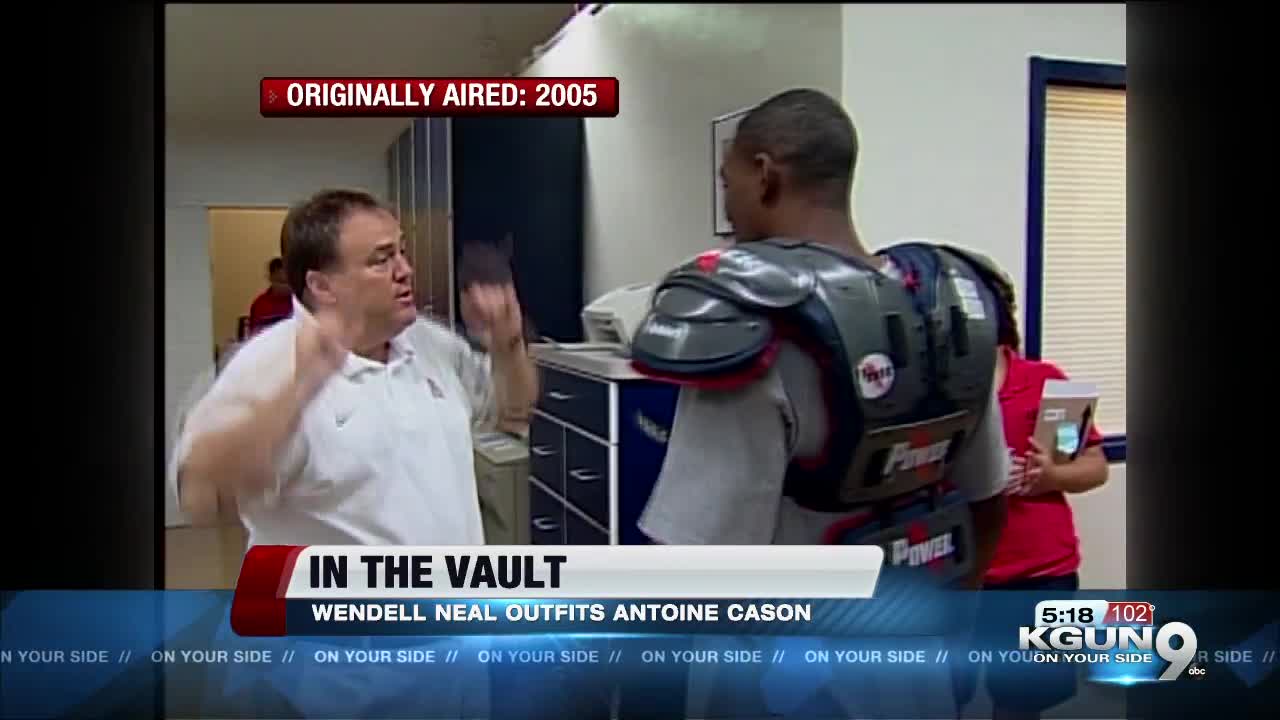 In this story from 2005, Wendell Neal outfits Antoine Cason

TUCSON, Ariz — This summer, we've been taking a look back at some of our favorite stories in a segment called, "In the Vault." In this story, which originally aired in 2005, longtime Wildcat equipment manager Wendell Neal outifts sophomore Antoine Cason, who went on to become an All-American and NFL player.