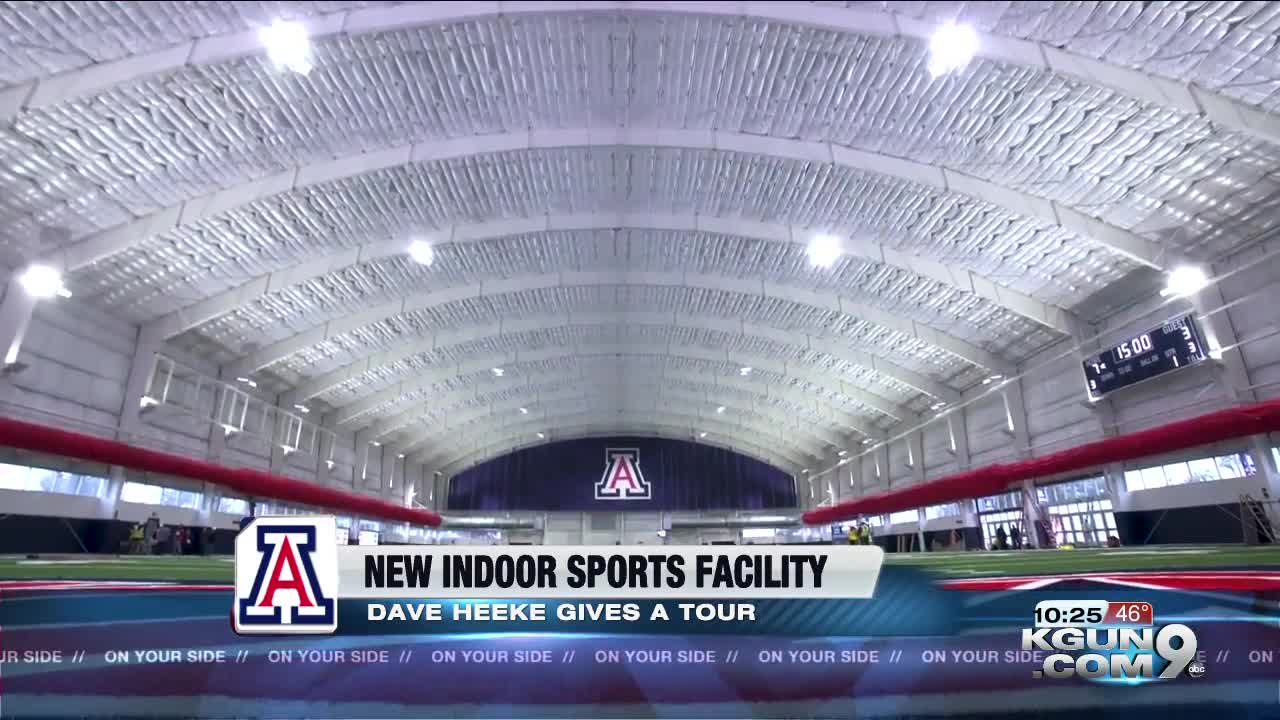 TUCSON, Ariz — It's the biggest addition to the Arizona Football infrastructure since the Lowell-Stevens Football Facility, and on Sunday, University of Arizona athletic director Dave Heeke gave a tour of the new Cole and Jeannie Davis Sports Center.

The climate controlled indoor facility cost $16.5 mill and is 220 feet by 340 feet long, with approximately 74,000 square feet of interior space.

"I think everybody when they first walk in says, 'Wow,'" said Heeke.

The facility will be used for football practice, numerous other Arizona sports, as well as functions and tailgating on gamedays. There are garage doors that open up to the Wildcats outside practice fields.

The facility sits where Arizona used to play baseball at the old Kindall Field and Sancet Stadium. Nearly 90 percent of the work done on the facility was done by local contractors.

"This is another investment in our football program and their ability to move forward," added Heeke.