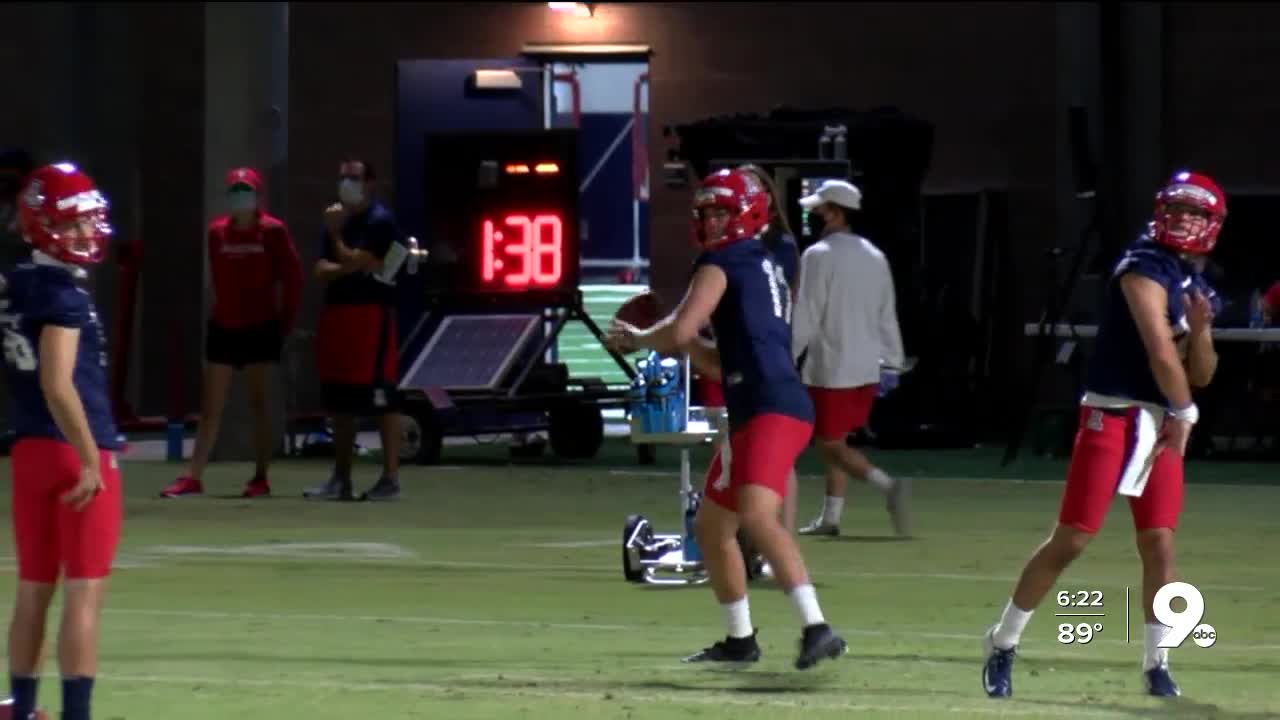 Grant Gunnell goes back for a pass during practice

TUCSON, Arizona — Perhaps no Wildcat was more excited for the 2020 season than sophomore Grant Gunnell. After splitting time at quarterback last year with Khalil Tate, the quarterback position is his.

"I made huge leaps, not even just the offense but as a player with my feet and my arm strength, but even my mental game," said Gunnell, while reflecting on the offseason.

Gunnell took it upon himself to become a team leader during an uncertain offseason, texting each player.

"It’s so important if someone is having a hard time to ask what’s up, whether it be football or off the field stuff."

One player who was having a hard time was star offensive lineman Donovan Laie, who announced his intent to transfer.

"I was kind of blindsided. I had talked to him but I didn’t know what was going on."

That day, the two spoke multiple times on the phone, and went to dinner. Gunnell helped to convince the NFL prospect to stay.

"It was awesome," said offensive coordinator Noel Mazzone. "Donovan is such an awesome guy and an awesome player.