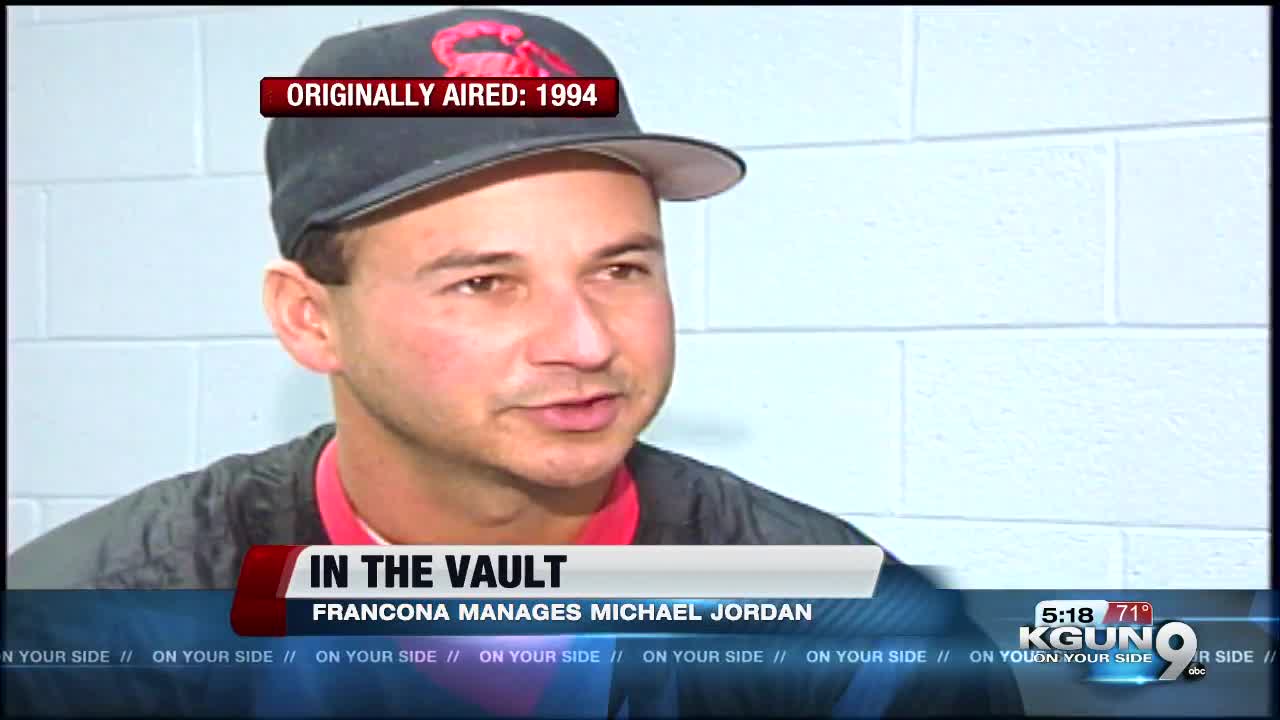 TUCSON, Ariz — Long before Terry Francona was a World Series winning manager, he was filling out lineup cards for the Birmingham Barons Double-A minor league baseball team, the same team for which Michael Jordan played in 1994.

Later that year, Francona also managed Jordan for the Scottsdale Scorpions in the Arizona Fall League.

Dave Silver filed this report in 1994.