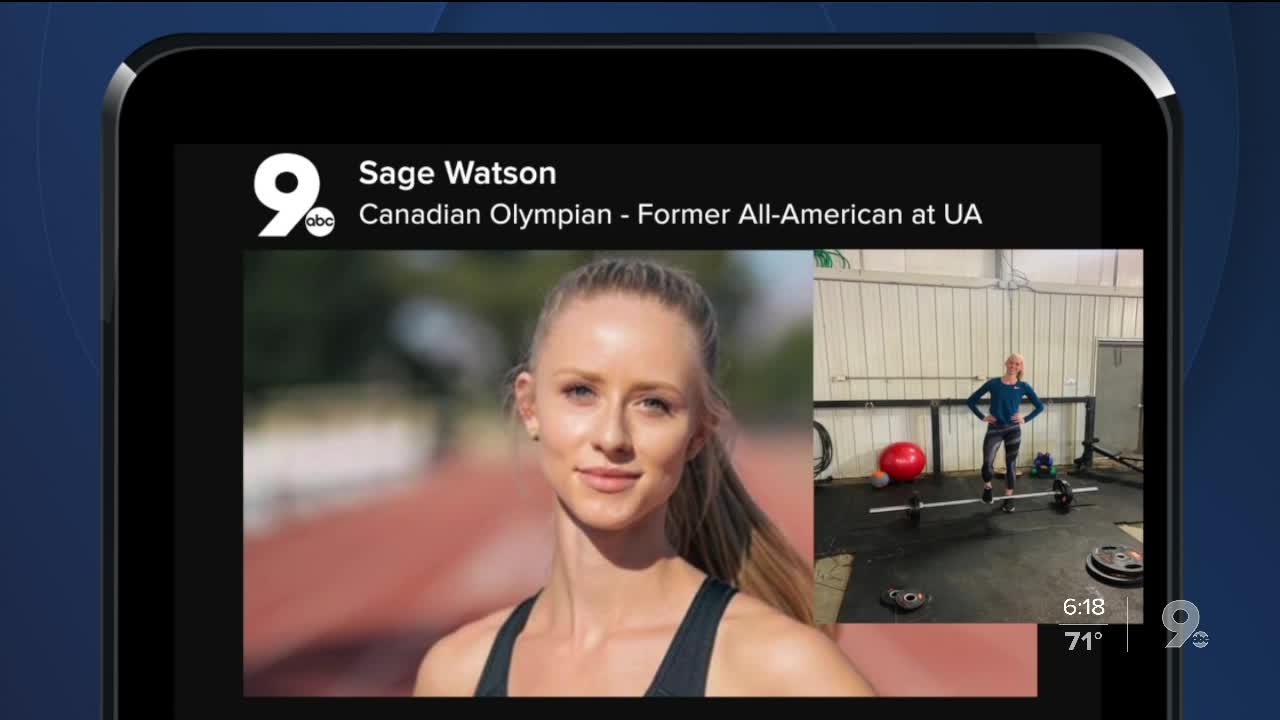 To date, nearly every sporting event has been either canceled or postponed. However, in a statement on Tuesday, The International Olympic Committee says it "remains fully committed" that the games will occur as scheduled, starting with the the opening ceremony on July 24th in Tokyo, Japan.

Former University of Arizona track and field star Sage Watson won an NCAA Championship back in 2017 in the 400 Hundred Meter Hurdle. She normally trains in Tucson, but she returned home to be with family in Alberta, Canada during the coronavirus pandemic.

"All the gyms are closed like most places in the U.S. and Canada, so I decided to make my own gym," said Watson. "My family lives on a ranch so there's lots of space for me to exercise, and we have a shop. So, I went and got an Olympic lifting set like I would use at the University of Arizona. I'm all set to do my weightlifting here at home."

Watson said she feels for all of the University of Arizona student-athletes whose seasons or collegiate careers were cut short. If the Olympics are canceled, and she can't compete for Team Canada, she'll compete for her home country in next year's World Championships.

"There is always something to train for."