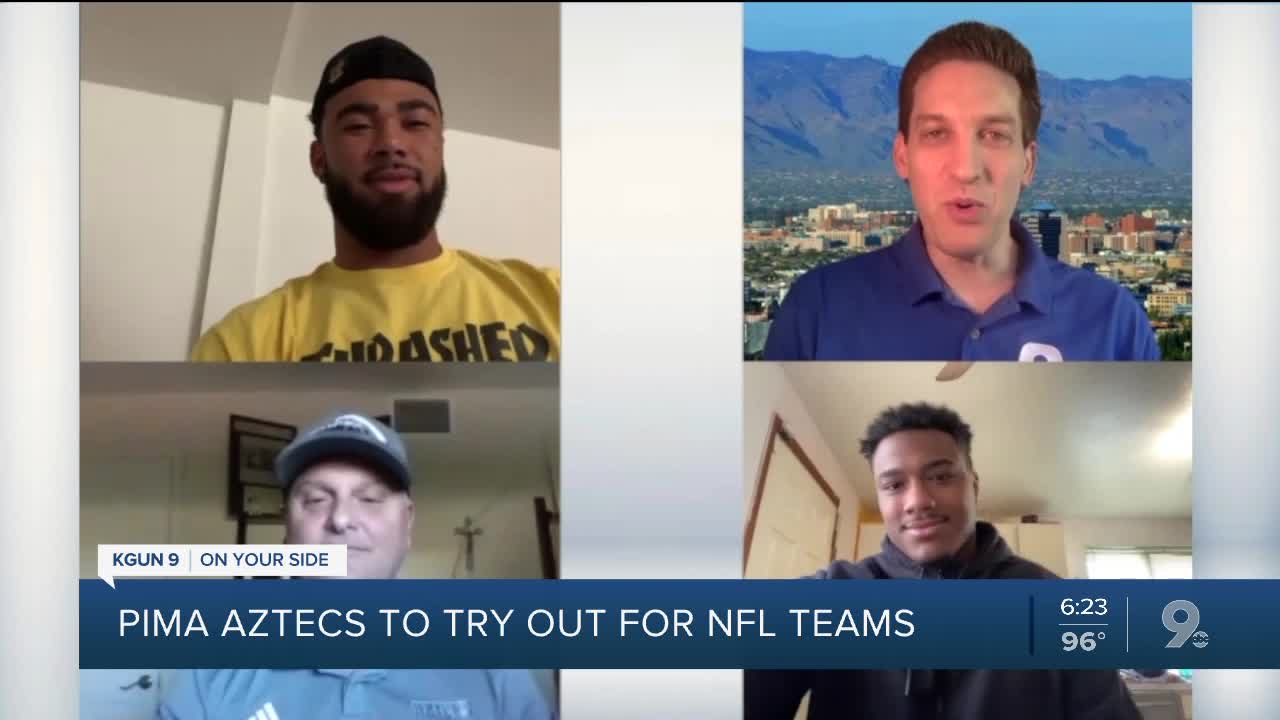 A year and a half since Pima football played its final game, two former Aztecs have signed with NFL teams as undrafted free agents.

Wide receiver Jeff Cotton and running back Sirgeo Hoffman both strapped on their helmets for head coach Jim Monaco in 2015 and 2016.

“They came in and started a level of excellence in our program," said Monaco

After graduating from Pima, Jeff Cotton would pick apart secondaries as wide receiver at Idaho.

"My coaches and QB had confidence in me that I could dictate the game and help my team win," said Cotton.

Meanwhile, Hoffman was a running back at Portland State.

"I led the running back room," said Hoffman. "It will help me to the next level."

Now, Cotton will try and make the Chargers while Hoffman will be at Cardinals training camp.

"I take no credit for what they do," remarked Monaco. "They have done an amazing job."

Cotton and Hoffman may not be the last of the Aztecs. Despite Pima football being discontinued at the end of 2018, there are still two more classes with players at four-year schools.