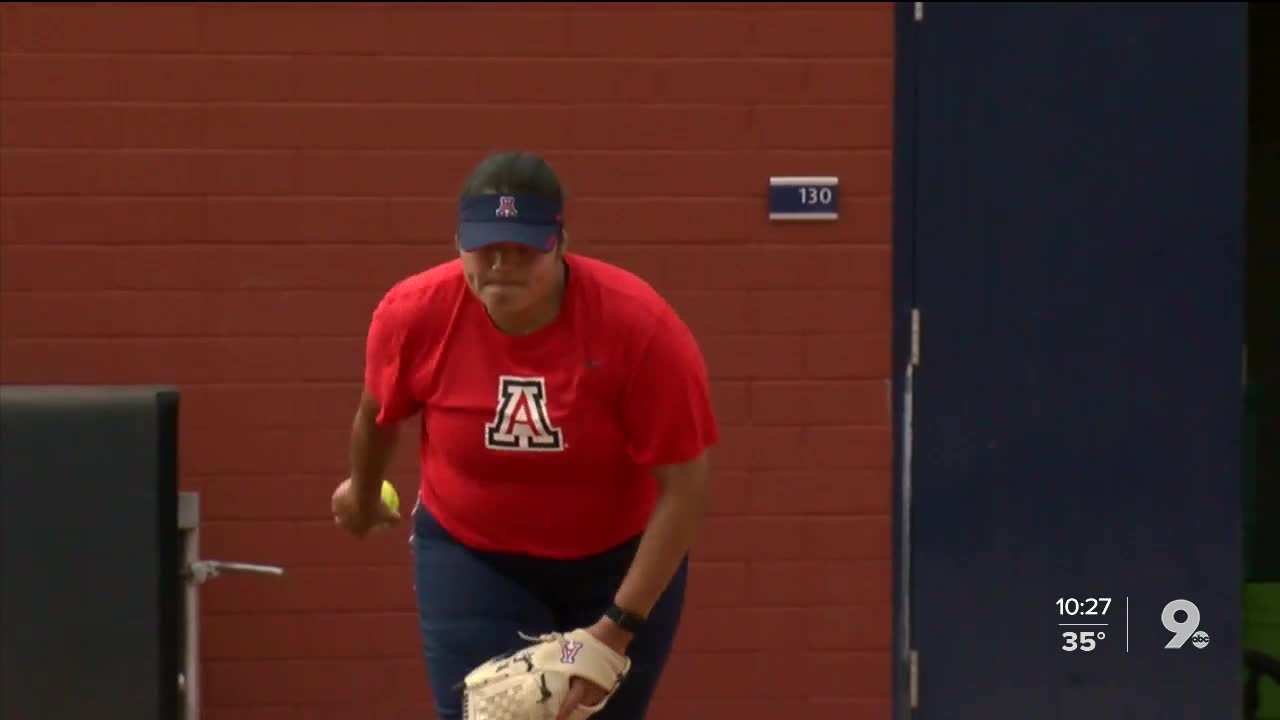 Mariah Lopez warms up for the Wildcats

TUCSON, Ariz — Mariah Lopez warms up at Hillendbrand Stadium with a shirt that reads, "6.2.20."

"Just getting there in general is a really awesome experience," said Lopez. "I think I've been really kind of spoiled the last three years of being there."

"I think it's her ability to move the ball," said Palomino-Cardoza. "It's her speed. She has a lot of pitches up her sleeve. She's able to move them really well."

However, Mariah wanted to spend her senior season elsewhere, and she was looking to be closer to home in California. She narrowed down her choices to Arizona and ASU.

"I told her, I said you're going to get a great experience here with Coach Mike Candrea and with the girls," said Palomino-Cardoza. "This would be perfect."

Mariah agreed, and transferred to the University of Arizona.

"I was ecstatic," said Palomino-Cardoza.

"It was just the legacy that Coach Candrea has created," said Lopez. " It just kind of gives you the vibe when you play them."

While the Wildcats aren't calling Lopez their ace pitcher, she's likely to fill the spot vacated by the graduation of Taylor McQuillin.

"Obviously, I'd love to help lead a team back to the Women's College World Series," said Lopez. "But, it's going to take a full effort here with the rest of everyone else."