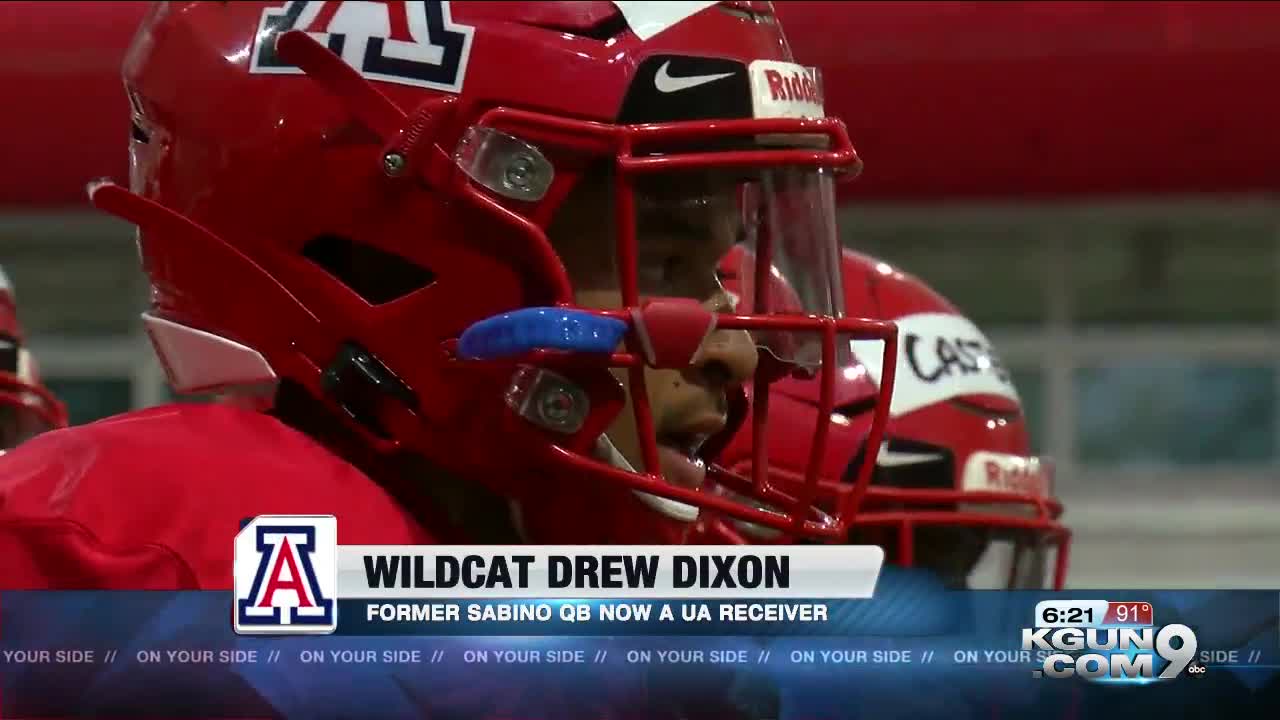 TUCSON, Ariz — It was Drew Dixon's first route in the Wildcats first game this season at Hawaii.

The pass from Khalil Tate bounced off his chest and was intercepted by a Rainbow Warrior.

"That one drop, I really took that to heart," said Dixon. "That will never happen again."

In Dixon's defense, he hasn't been playing wide receiver his entire career. The former Sabino Sabercat was a star quarterback in high school, and was initially recruited by Arizona as a quarterback. He then switched to wide receiver in order to get on the playing field.

"It was just something that would give me an opportunity to go to the next level."

And, this past Saturday was redemption for Dixon. In the win over NAU, he caught four passes, including his first collegiate touchdown pass at Arizona Stadium.

"It felt like a dream come true. I was just getting my feet wet with my first touchdown. They'll be more to come, but its finally great to get that started."

Dixon is part of a Tucson trio at wide receiver along with other local products Jamarye Joiner and Stanley Berryhill. Dixon has put that dropped pass behind him, and he should have a strong junior season ahead of him.

"I'm just really focused on catching the ball, making tough catches, and holding onto the ball."