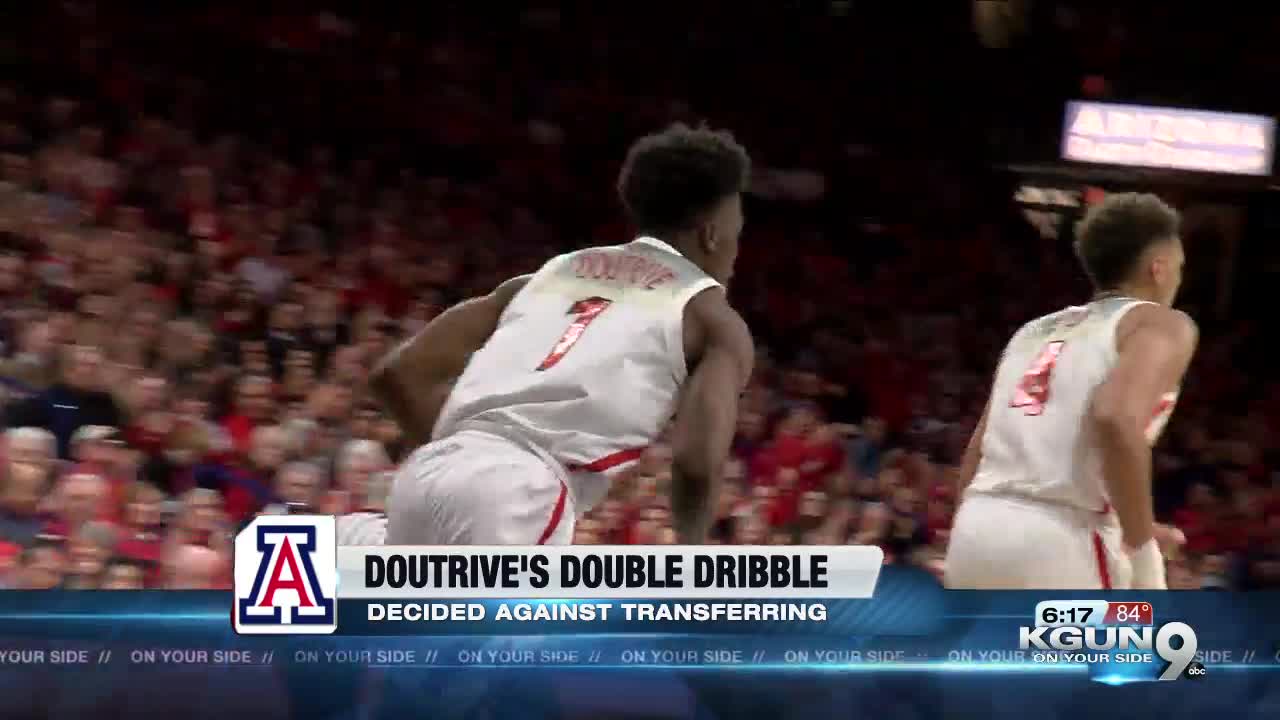 Devonaire Doutrive changed his mind after initially deciding to transfer

TUCSON, Ariz — Devonaire Doutrive was known for his offensive rebounding as a Wildcat freshman, and a putback off a Justin Coleman miss helped the Wildcats win a buzzer beater at Oregon State.

"It was a moment for me, myself, the team," said Doutrive.

"One knack he has is that he's an offensive rebounder," said head coach Sean Miller. "He can keep the ball alive. That's a big skill."

"I have a feel for that," added Doutrive.

Doutrive had a different feeling at the end of the last season. Miller confirmed that the 6'5'' guard/forward would transfer. However, after Alex Barcello transfered, and Terry Armstrong decided not to join the program, Doutrive had a change of heart. Doutrive tweeted that he would return to Arizona.

"It was great for he to see his teammates reaction, because no one was happier to have him back than his teammates, and that says it all," added Miller.

"He's someone who we are really counting on to have improve from year one to year two. So far, he's really shown that."