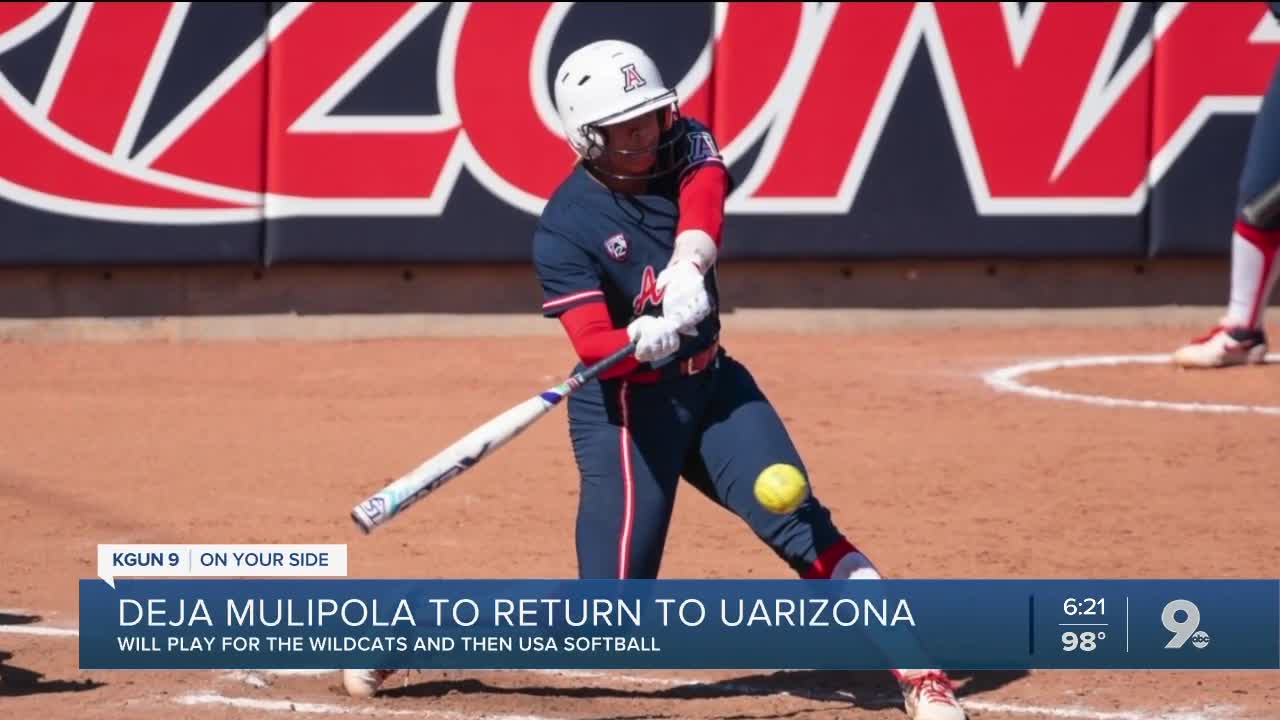 Dejah Mulipola was an All-American for Arizona in 2019

TUCSON, Arizona — Arizona catcher Dejah Mulipola will play for the Wildcats in 2021 and then join Team USA for the Olympics when the season is over.

Mulipola was redshirting her senior season while touring and training with the Olympic team. The Wildcat season was cancelled and the Olympics were postponed by a year due to COVID-19.

Mulipola will rejoin a senior class that was granted another season of eligibilty.

"It's such a blessing that I not only get to return this upcoming year to play my last season with some of my best friends, but also that I get to train for the 2021 Olympics in addition to it all," said Mulipola.

Mulipola was first-team All-American in 2019 when she hit .311 with 23 home runs, tied for fourth most in the country.