Brian Jeffries, The Voice of the Wildcats 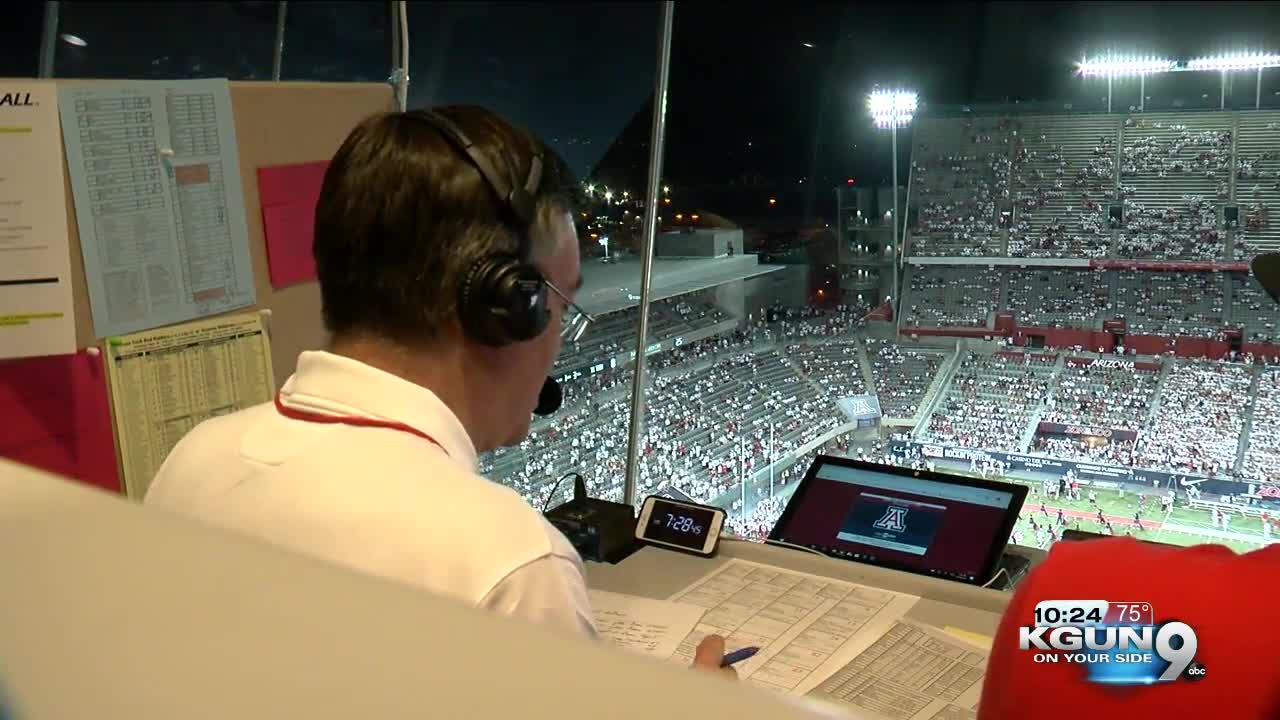 TUCSON, Ariz — It's almost time for kickoff against Texas Tech, and University of Arizona play by play announcer Brian Jeffries is atop the Arizona Stadium broadcast booth.

"Power 5 vs. Power 5," Jeffries says in his deep voice. "First time this season for both teams."

It's anything but the first time for Brian Jeffries, who has called more than 2,000 Wildcat games. Growing up in Tacoma, Washington, he was destined to become a play by play announcer.

"I would go into high school games and sit in the top row of the bleachers, and just record it into a tape recorder," said Jeffries.

After a few years of experience, Jeffreis made it to Tucson, but not in his current role.

Meanwhile, a couple of on-air mistakes by Jeffries was making him start to doubt his own abilities.

"Ray looked at me in the eye, and said only that Ray Scott voice, 'I've been in the broadcating business for 55 years, and I've never called a perfect game.'"

Ray Scott soon permanently retired, and after being turned down for the job three prior times, Jeffries applied for a fourth time.

"They looked at me and said, 'Brian, We are tired of you coming in here an applying for this job.' And then, of course, I'm ready for them to go ahead and let me have it. But they said, 'So, you can have it. It's your job.'"

Jeffries longtime football color analyst Lamont Lovett h as been next to him for the Wildcats greatest moments.

"To me, he's the best in the business," said Lovett. "When you think Arizona Wildcat sports, you think Brian Jeffries. All the amazing calls that he's had on the air, and when you think of great plays in our history, like the 'Leap by the Lake," he's been behind the microphone.

Jeffries has made four trips to the Final Four, including his first season, and Arizona's national championship. He called a College World Series win, and along the way, Jeffries has become as much a part of the program as any Wildcat player or coach.

"One of the great things about doing college sports is the energy you get from being around the student-athletes all the time," said Jeffries.

"He could have gone on to so-called bigger things," said Lovett. "But, he loves the Tucson community, and I'm sure everybody in the community loves having him here."