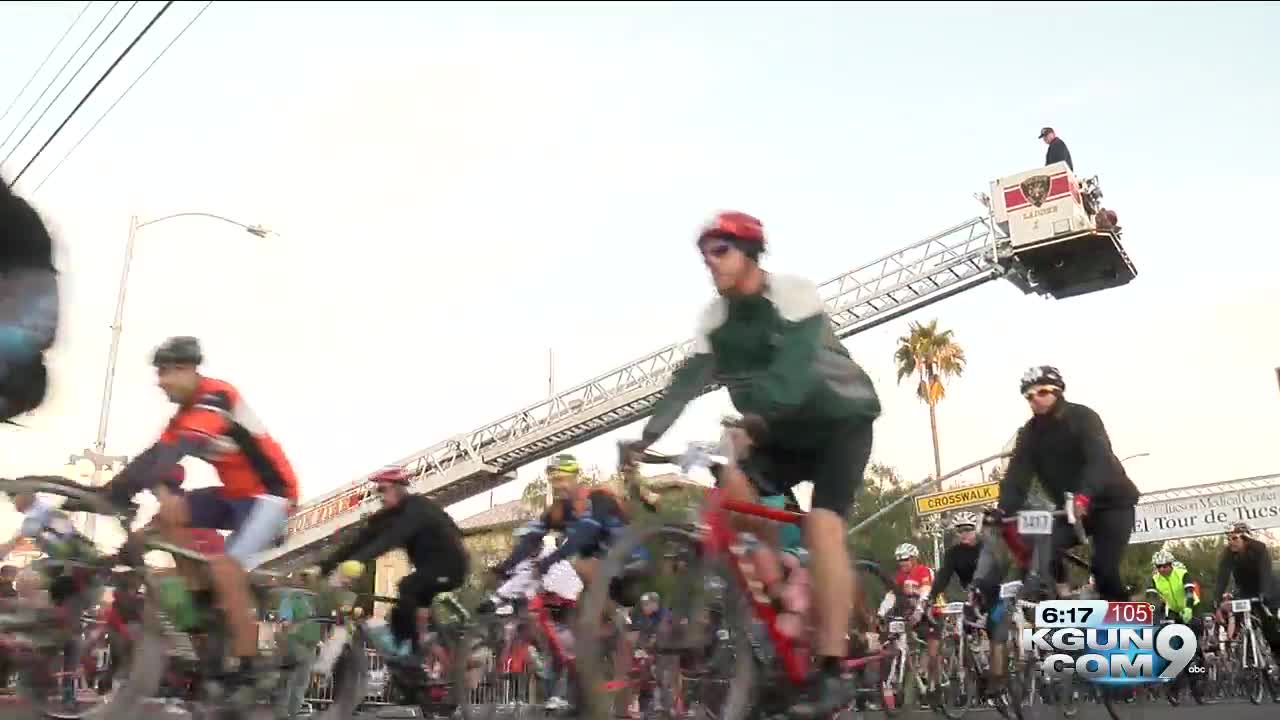 TUCSON, Ariz — A sponsor is as important to El Tour de Tucson as the wheels on a bicycle, and now the 37th El Tour has one thanks to Banner University Medical Center.

"El Tour de Tucson is more than just a bike ride," said Samuel M. Keim, MD, MS, chair of the Department of Emergency Medicine at the University of Arizona. "It is a Tucson and surrounding community commitment to health, wellness, and safety. As the lead sponsor for El Tour de Tucson, Banner University Medicine is extremely proud to help support this nationally recognized cycling event."

Perimeter Bicycling has raised more than $95 million for over 100 charities since 1983.

"Thank you to Banner for coming forward to help the ride be more successful than ever," said Charlene Grabowski, CEO of Perimeter Bicycling.

More than 266,000 cyclists have participated in El Tour since its inception. This year's event is on November 23rd.