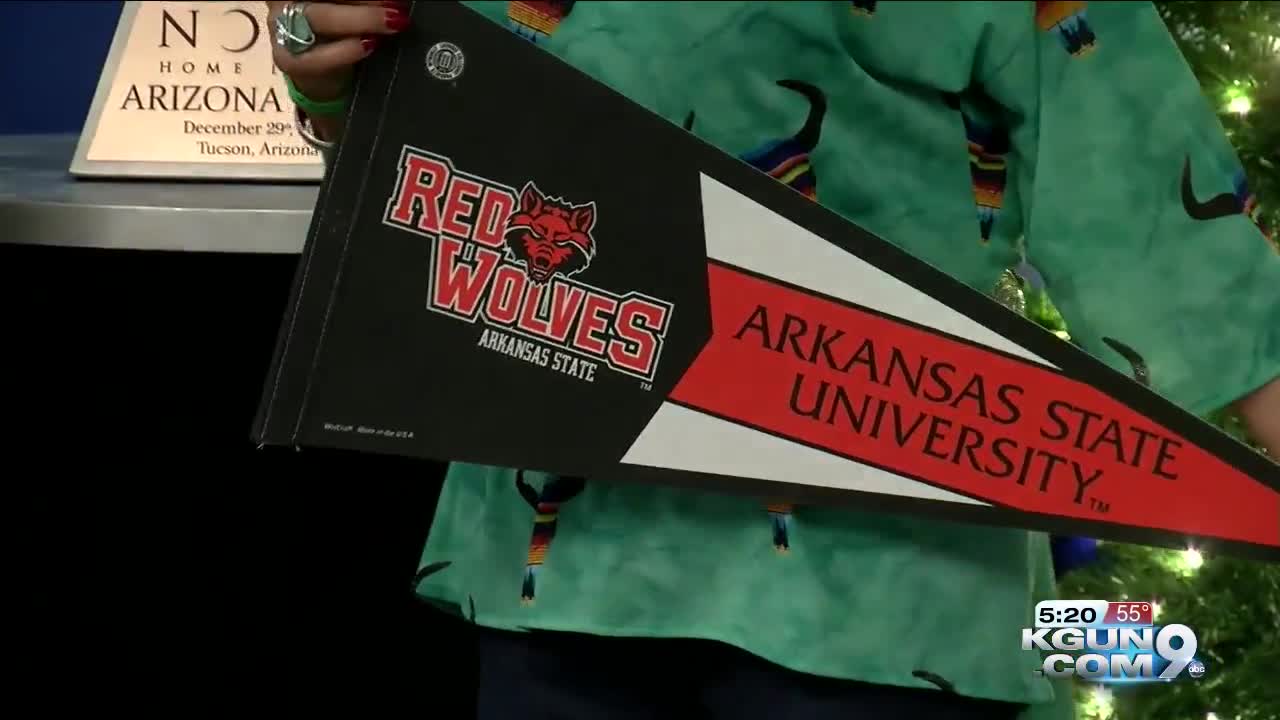 TUCSON, Ariz — It will be Arkansas State and Nevada in the 2018 Nova Home Loans Arizona Bowl on December 29th at Arizona Stadium.

The Wolfpack, from the Mountain West Conference return after winning the inaugural Arizona Bowl back in 2015. Arkansas State, from the Sun Belt Conference, has eight consecutive winning seasons.

"This will obviously be our first appearance in this bowl game," said Arkansas State head coach Blake Anderson. "It will give our team a new experience at a beautiful destination and a stadium where we haven't played before."

The fourth annual game will kick off at 11:15 a.m. and be televised on the CBS Sports Network.