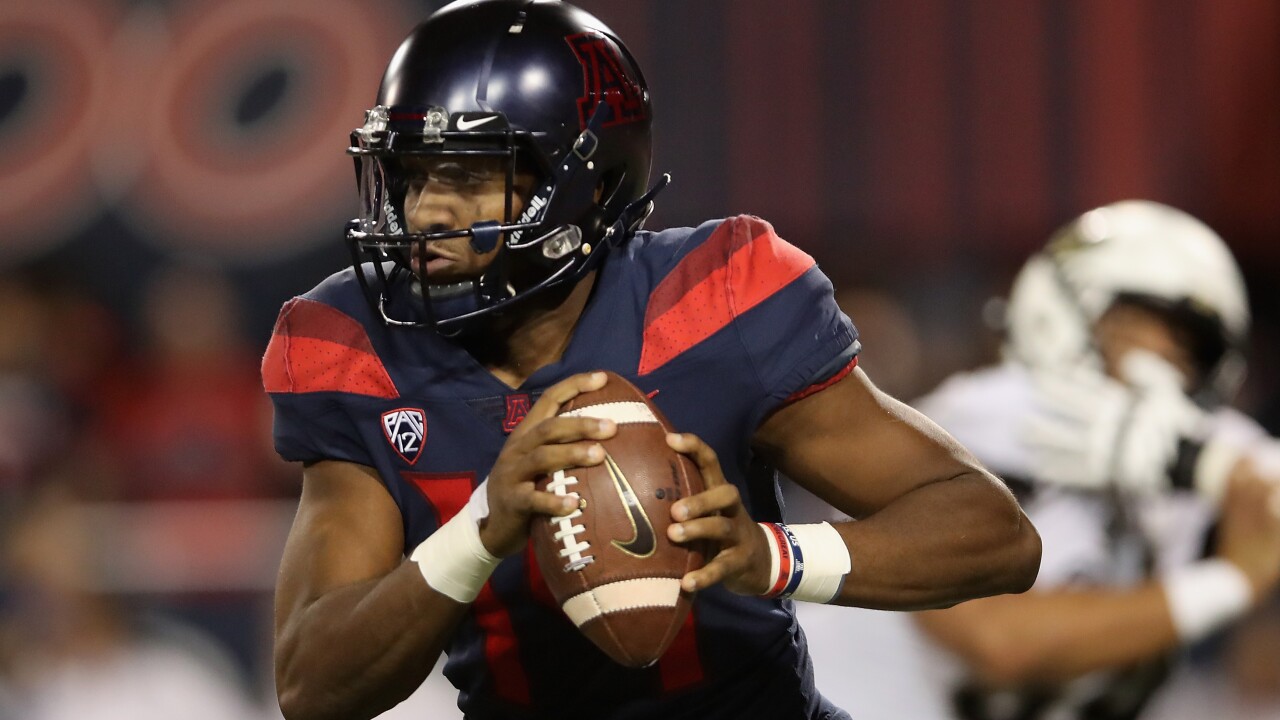 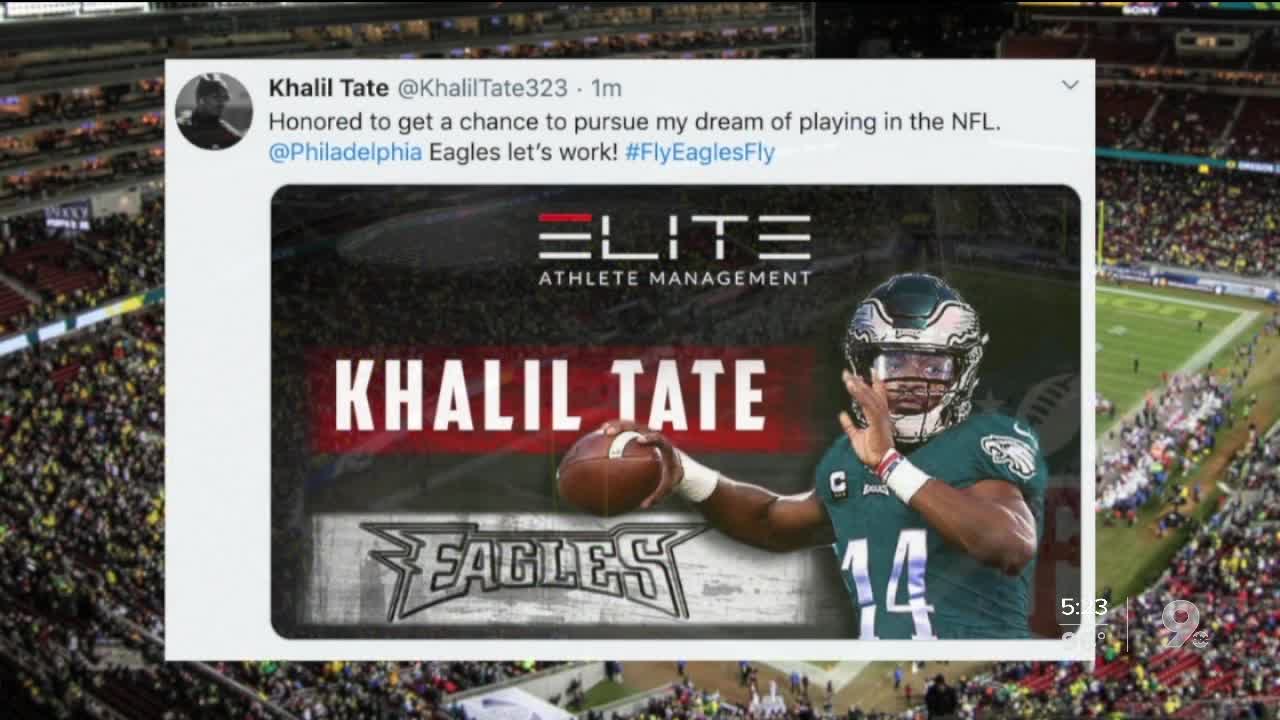 TUCSON, Arizona — Arizona Football quarterback Khalil Tate has signed with the Philadelphia Eagles as an undrafted free agent, one day after going unselected in the seven-round event.

Prior to the draft, Tate had been mentored by former quarterback Eagle Donovan McNabb. However, the Eagles intend to move Tate to wide receiver.

Tate ended up splitting time at quarterback last season with freshman Grant Gunnell. His best season with the Wildcats came in 2017 when he threw for nearly 1,600 yards and rushed for another 1,400.