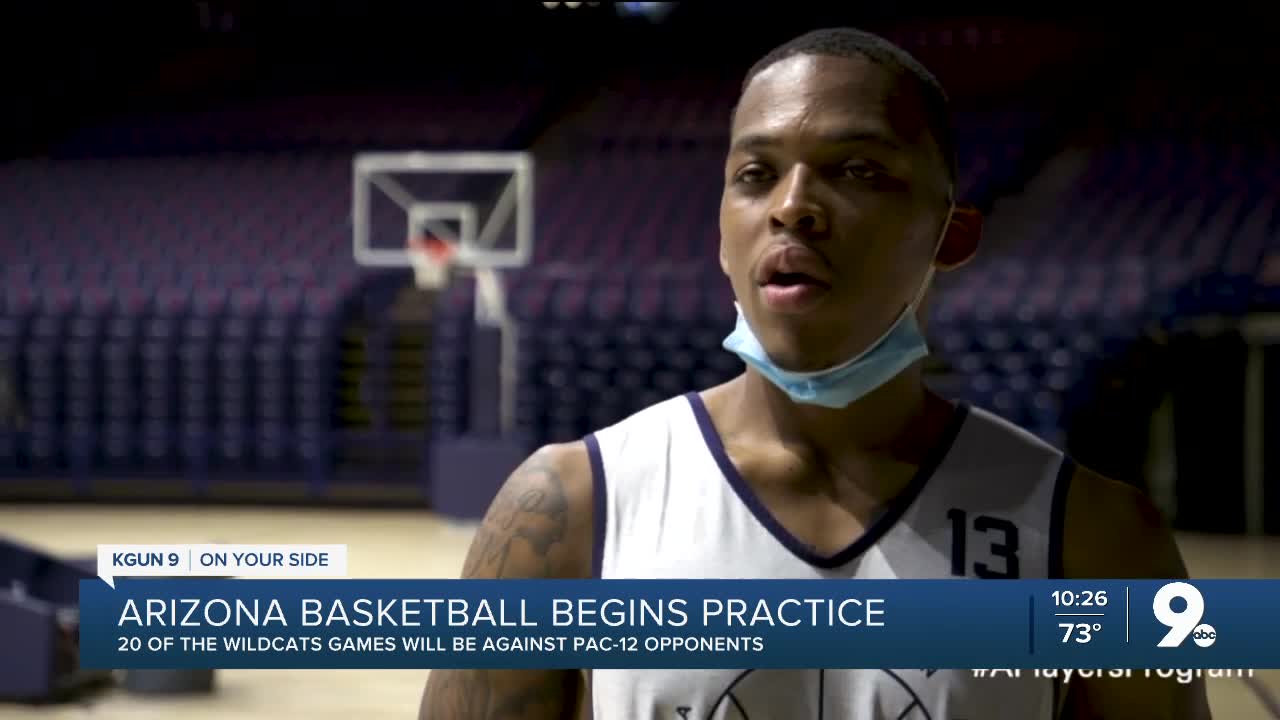 James Akinjo answers questions after the first day of practice

TUCSON, Arizona — Arizona Basketball will play 20 games against Pac-12 opponents this season instead of the customary 18 game conference schedule.

The Wildcats began full practices on Tuesday, although their non-conference schedule, which is likely to include seven games, has not been finalized.

Arizona will have five new starters this season due to graduation and players leaving early for the NBA.

"During the summer, we kind of built a little chemistry." said freshman Dalen Terry. "Just joking around and just kind of doing as much as we can since we were on campus. Everybody loves each other. I feel like it’s a great team and we’ll have a good chance in the PAC-12."

This will be the 12th season for head coach Sean Miller in Tucson.