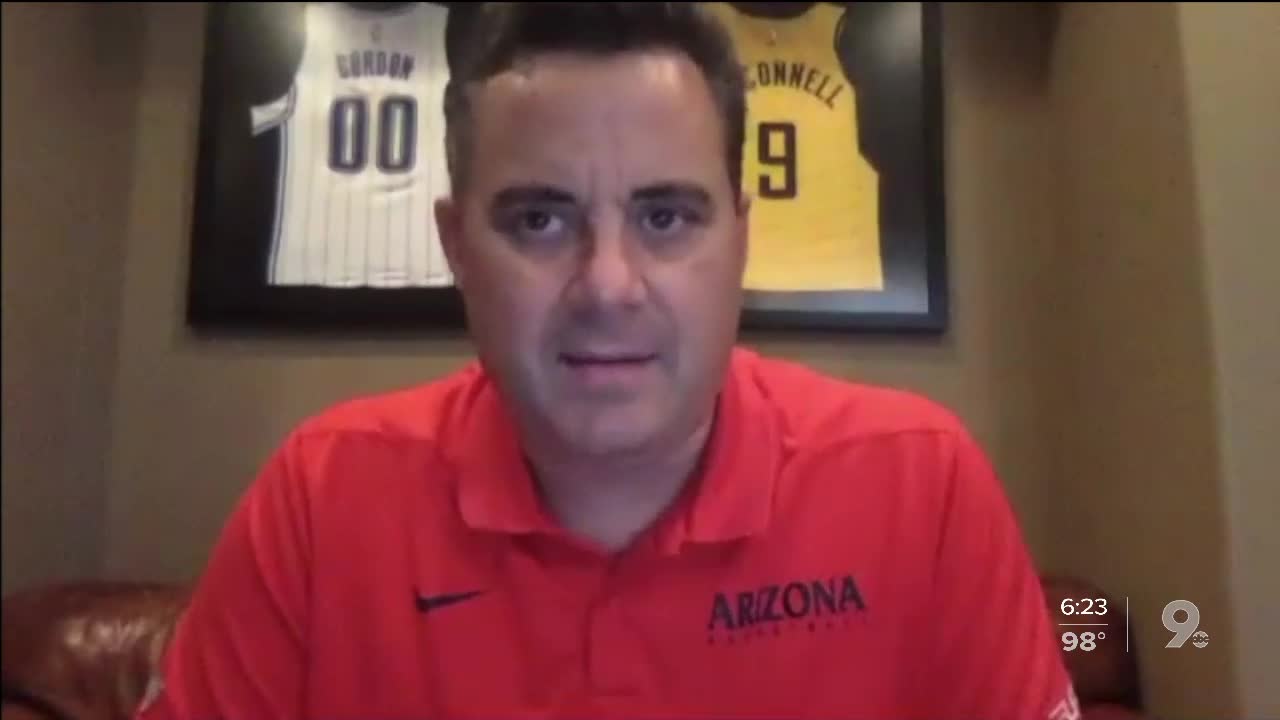 Sean Miller talks about COVID-19 and next year's roster.

"All of us need hope," said Miller. "We're in a much better place all around than where we were two months ago. One thing about college basketball is that we're still five months away."

Miller also talked about his relationship with new assistant coach Jason Terry, who once tweeted it was time to clean house when the 2018 ESPN article came out that Sean Miller had paid Deandre Ayton.

"There were a lot of people who reacted to that day," said Miller. "There was a long line. Based on the information that you had, if you had a passion for Arizona Basketball, we were all trying to figure that out. We repaired that and had a good conversation about that some time ago."

Other takeaways from the news conference include Miller indicating that social distancing is doable in the summer with individual workouts. He says the international recruits are FIBA battle tested. And, the last 25 percent of Brandon Williams knee rehabilitation has been affected by COVID-19. Miller also says the discussion of systemic police racism is not a new one between him and his players.