AIA's David Hines on high school sports : 'We have to be flexible' 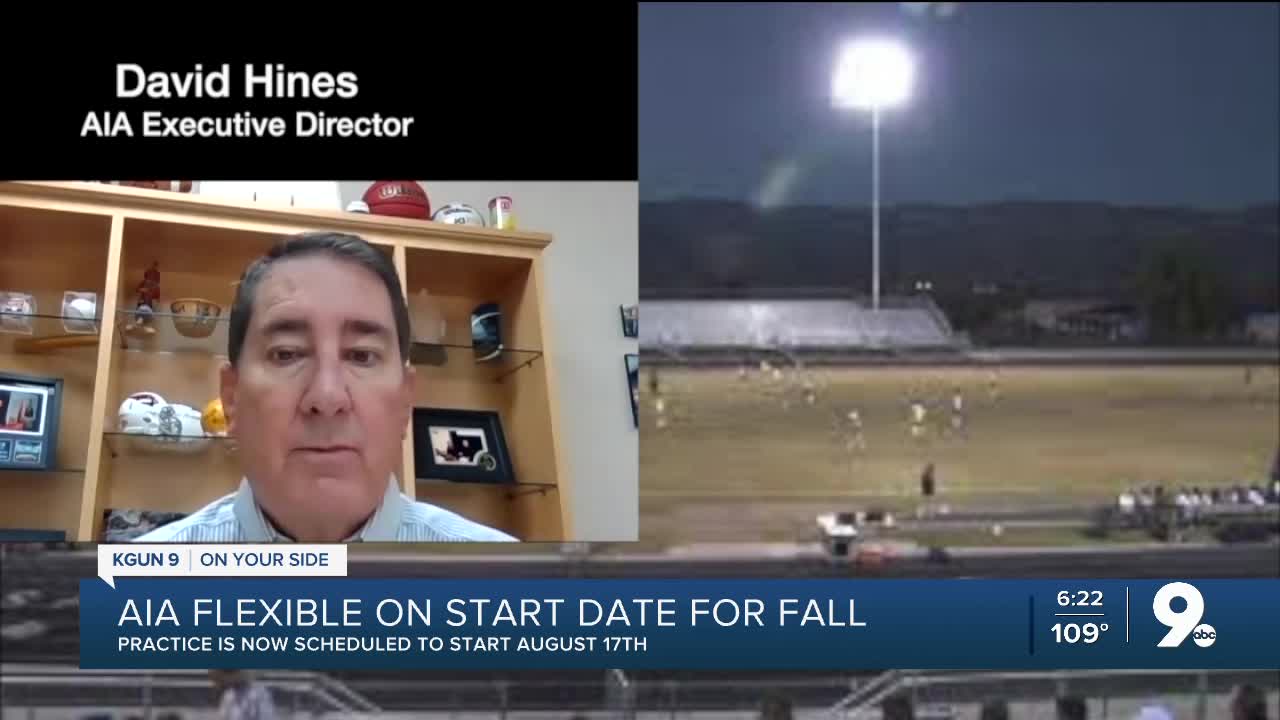 TUCSON, Arizona — AIA executive director David Hines held a question and answer session on YouTube at a time when fall sports are set to begin practicing on August 17th amid a global pandemic.

California has postponed its fall sports season to the spring, and more than a dozen southern Arizona high school football coaches have written the AIA a letter stating playing games the second week of September is too soon.

"We have dates so that people have some targets to look at," said Hines. "Those dates can and probably will change. And, so we need to be prepared for that. And, as we’ve said before, for our coaches, kids, parents, administrators, we’ve found we have to be flexible."

Hines also said he prefers to keep fall sports in the fall because he doesn’t want to impact the spring season for the second straight year.

"In the end, the idea is to allow these kids the opportunity to participate in athletics to some degree this year."