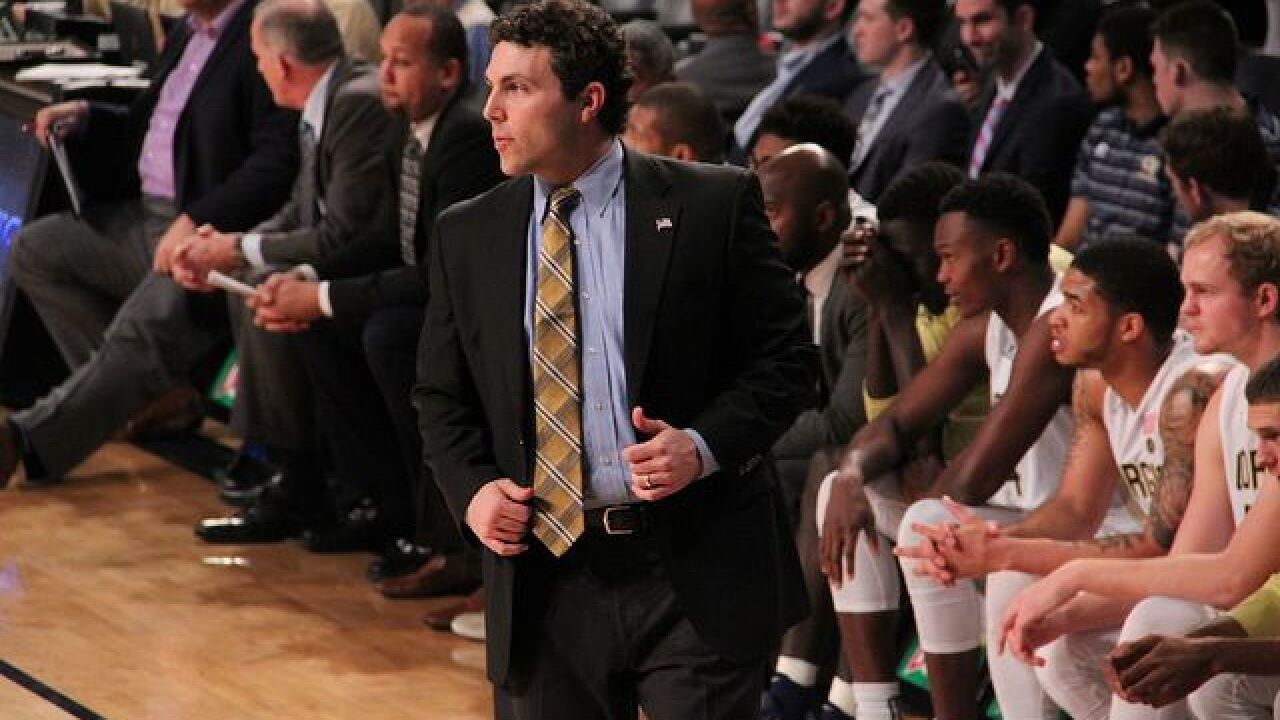 (Reporting courtesy of Mark Schlaback via ESPN, and abc news)

According to abc news, in the lawsuit filed in Superior Court in Pima County, attorneys claim former Georgia Tech booster Ron Bell and his girlfriend, Jennifer Pendley, "began a malicious campaign to defame Pastner, and to extort and blackmail Pastner, by threatening to release and releasing to the public, the media, Georgia Tech and the National Collegiate Athletics Association, false and patently untrue information."

"I am disgusted and devastated by the actions of two individuals to whom I showed compassion," Pastner said in a statement. "My family and I are victims of fraud and extortion and the extent to which these individuals have gone to harm us is truly unfathomable. I absolutely and unequivocally never assaulted or harassed Ms. Pendley and I am truly sickened by these false claims."

CBS Sports reported this past November that Bell alleged that he had provided Georgia Tech basketball players Josh Okogie and Tadric Jackson with improper benefits by paying for them to fly to his home in Tucson, and paying for their meals at a restaurant in Atlanta. Bell also alleged he sent the players shoes and shirts that he purchased online.

Pastner claims he turned the information over to his compliance staff, which led to Josh Okogie and Tadric Jackson being suspended for the start of the season. The NCAA also required the players to repay the amounts of the benefits they received.

Bell, according to the lawsuit, met Pastner when Pastner was an assistant coach at Arizona. He asked for his emotional support after serving four years in prison following a conviction on felony drug charges.

"No matter what, I am your biggest and most ardent supporter," Bell wrote in an email to Pastner in August 2015, according to the lawsuit."

The abc news report states that in February 2016, Pastner invited Bell and Pendley to attend games when he was coaching at Memphis. Shortly after they arrived at Memphis, the lawsuit says, Pastner sent Bell an email, which read: "As you know most important thing to me over anything else is having us always be in compliance with NCAA rules."

Pastner also sent an email to Memphis compliance officer Kristan Kelly, informing her of Bell's visit and asking if Bell could provide Memphis players with T-shirts that included inspirational messages.

The lawsuit states that their friendship began to deteriorate when Bell became upset that he and Pendley weren't allowed to eat with the Yellow Jackets during a postgame meal after a game against Tennessee on Dec. 3, 2016.

"When Pastner returned home late that night and learned of Bell's complaints, Pastner called Bell and told him in words or substance to take a step back from the Georgia Tech men's basketball program."

According to the lawsuit, Bell first made threats about turning over information about NCAA violations in the Tech basketball program to the media and NCAA during a phone conversation with Pastner on Oct. 2. The lawsuit said Pastner immediately contacted Tech officials about Bell's threats and asked them for their help in investigating whether any of his players had accepted impermissible gifts from Bell.

The same day, Pastner alleges, Bell told him that TMZ.com had offered him $55,000.00 for his story. The lawsuit said Pastner and a Georgia Tech official reported Bell's harassing and threatening conduct to the Georgia Tech Police Department.

"Bell, however, continued his harassment of Pastner and began threatening to reveal information to the public, the media, Georgia Tech and the NCAA that Bell said would be damaging to Pastner's career and reputation if Pastner did not pay money to Bell," the lawsuit said.

On Dec. 5, according to the lawsuit, Bell sent four new text messages to Georgia Tech's outside counsel, in which he complained about not being paid. Bell also claimed that Pastner had committed a serious felony crime, and that he was going to release the information to media outlets, including "60 Minutes."

The next day, Bell told a member of the NCAA enforcement staff that Pastner had sexually assaulted his girlfriend.

"The evidence is clear that Josh -- at no time -- knew of, or participated in, the alleged NCAA violations," Pastner's attorneys said in a statement. "In fact, the evidence shows that Josh demanded compliance with NCAA rules and that when allegations were brought forward, he immediately contacted the appropriate compliance staff at Georgia Tech."

"The evidence is also clear that Josh -- at no time -- acted inappropriately with Ms. Pendley. Josh first became aware of potentially false allegations of sexual assault against him after Mr. Bell mentioned it in a phone call with the NCAA in December -- a call that the NCAA staff had to end out of fear for their own safety. Josh immediately went to law enforcement to report the false allegation of assault."

Pastner was a walk-on freshman on Arizona the Wildcats 1997 championship team.  He later became a member of Lute Olson's staff. Pastern was also a head coach at Memphis University.

(Reporting courtesy of Mark Schlaback via ESPN, and abc news)