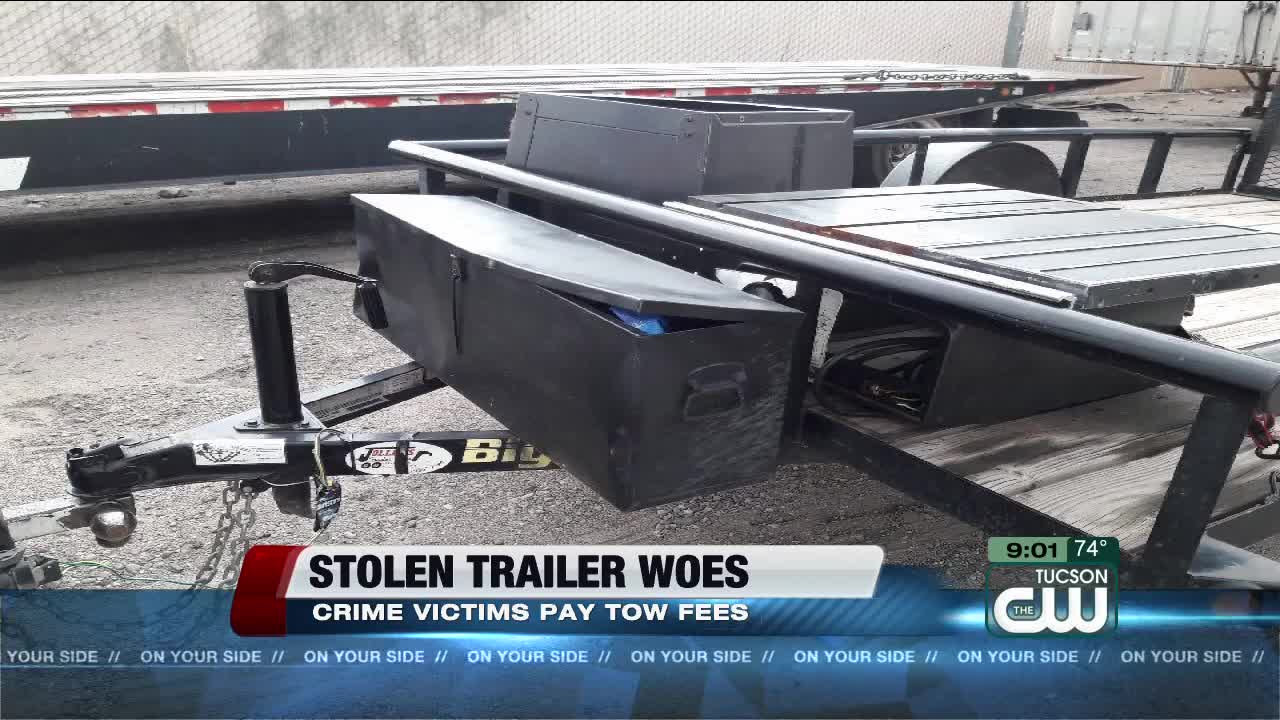 A Utah couple says someone stole their utility trailer and it was found in Tucson. 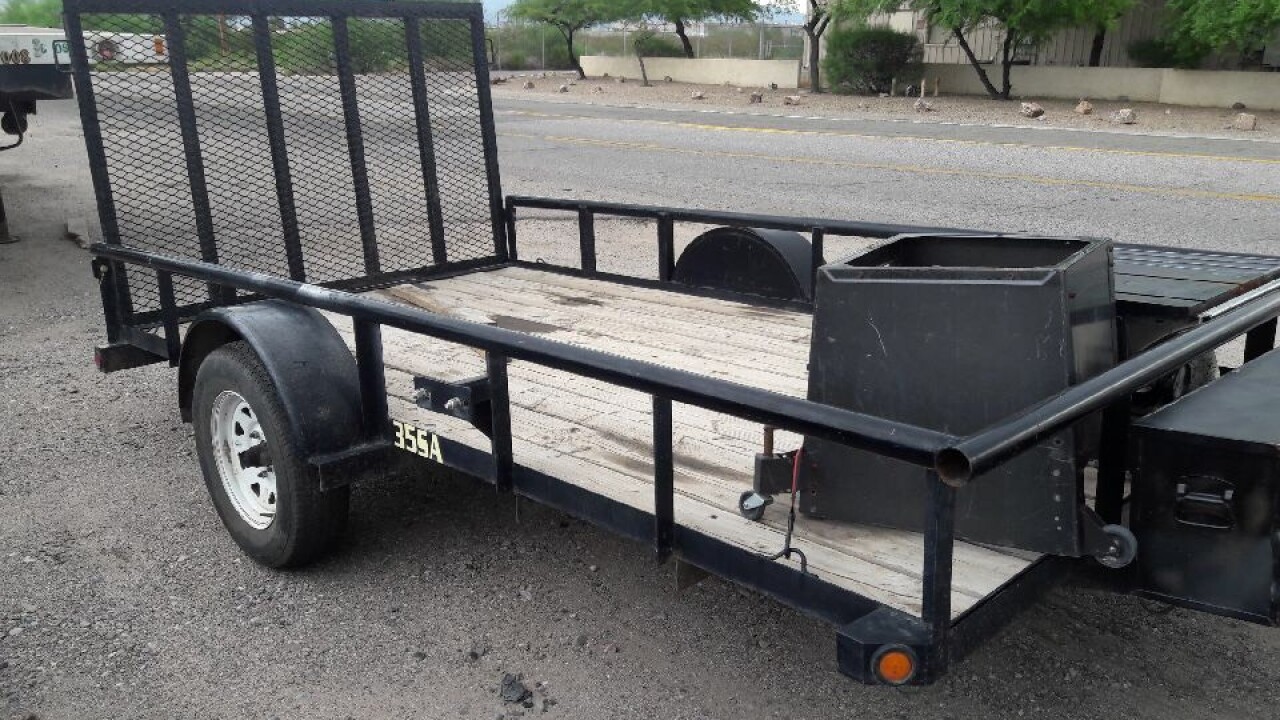 TUCSON, Ariz. — A Utah couple says someone stole their utility trailer and it was found in Tucson. However, the family says their stolen trailer ended up costing them hundreds of dollars get back.

On Thanksgiving day of last year Austin Bozzelli and her husband Bevin Jones were enjoying the holiday in Richfield, Utah until someone stole their utility trailer they used for wood transport out of their yard. The couple reported it to police and hoped for the best. Then on August 30th over 9 months later there was a hit on the trailers VIN number and it turns out that someone tried to register the stolen trailer more than 600 miles away at a MVD office in Tucson.

"To have someone come to your house and steal from you it was horrible. When we got the call that it was recovered we got excited," Bozzelli said

An officer from the Arizona Department of Transportation Enforcement Division made the discovery and the trailer was towed by Frontier Towing.

ADOT also says the person who tried to register the trailer was also a victim who bought it from someone else. Meanwhile Austin and Bevin had to pay over $700 to the town company to get the stolen trailer back.

"The craziest part is we could even walk away from it. We were gonna be financially responsible for our stolen property taken by someone else," Bozzelli said

9 On Your Side did some checking and according to Arizona state law, if you are a victim of crime and your vehicle or utility trailer is towed you are responsible for paying recovery fees to the tow company who picked it up. The owner of the Frontier Towing told 9 On Your Side that he's on call 24-7 for law enforcement and is not paid by police or the state. Adding that he has to charge property owners for his services.

"I asked them is there any way you can sell it for us or what if we can't come get it and their response was if we couldn't come get it we would have to pay the amount to get it out plus $150 extra to dispose of it for us," Bozzelli said

In a twist of fate the family was connected to different tow company in Tucson. Glen Sampson with Pro Towing is related to a friend of the victims. They sent Glen the $700 and he picked up the trailer. Sampson says his company only charges for the tow fee and nothing else, but it all depends on the company.

"My cousin contacted me on Facebook and told me his friends trailer was stolen out of Utah. I told him to send the information and I would pick it up for them. Its a big shame to pay for it after they had it stolen," Sampson said

Sampson is planning to make the 10 hour drive to Utah within the next week. The only cost to the family is gas to cover the trip. Meanwhile, Bozzelli says at the end of the day she wants to share her story to warn others who might end up in the same situation. On top it all the family had replaced the stolen trailer months ago, spending more money because of the theft.

"What if you were someone that couldn't afford that.. You had your property stolen and you can't get it back because you can't afford impound fees its outrageous to me," Bozzelli said

The family is checking with the state of Utah and Arizona to find out if they qualify for the victims compensation fund.
http://www.azcjc.gov/victim-compensation-program
https://justice.utah.gov/Crime/