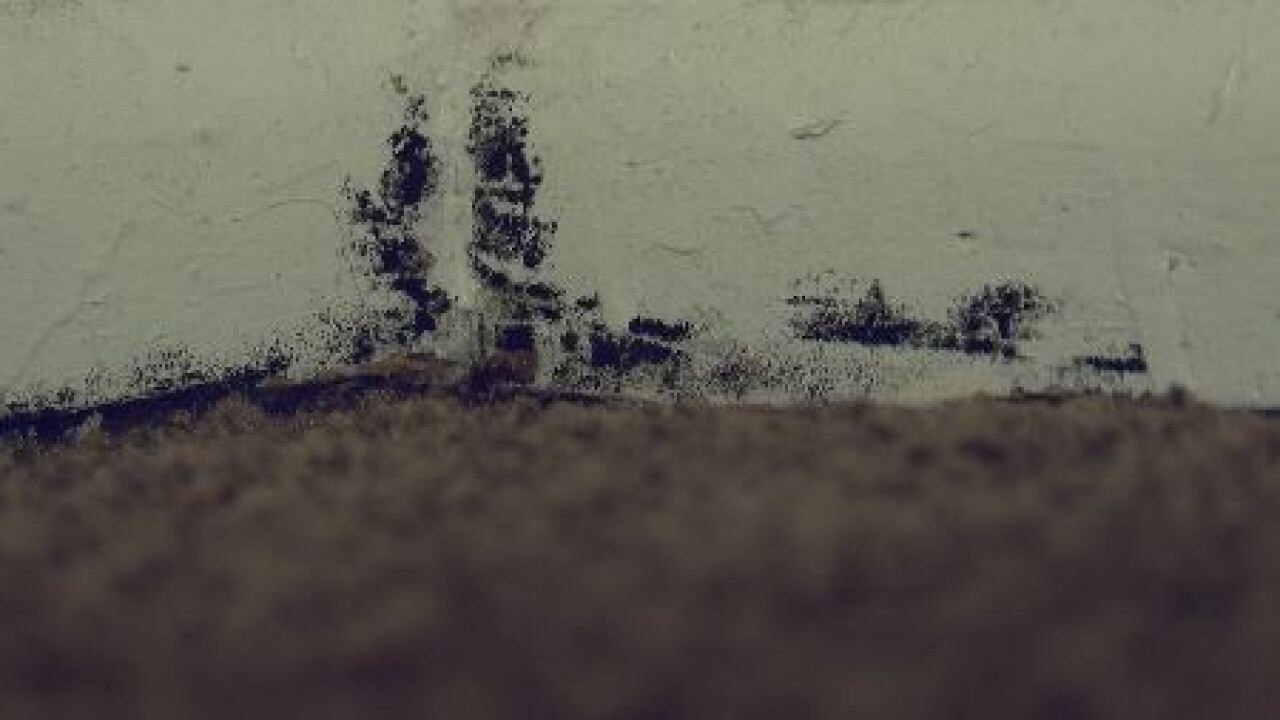 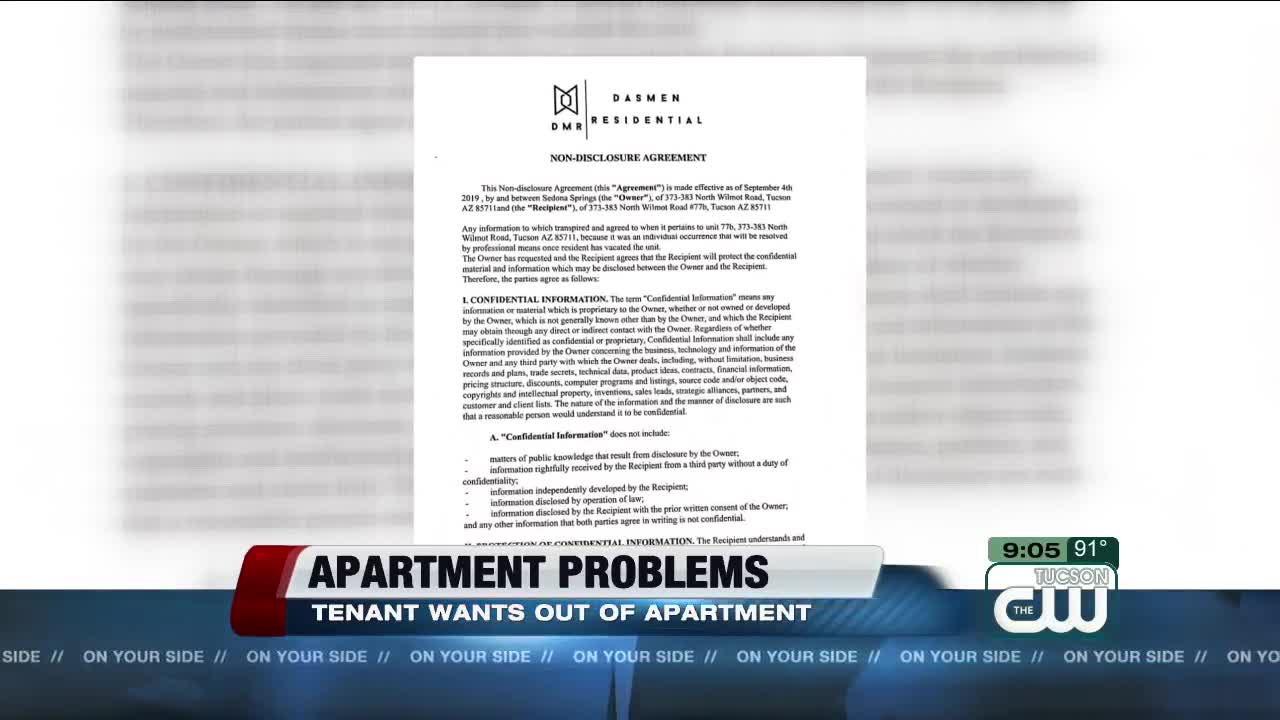 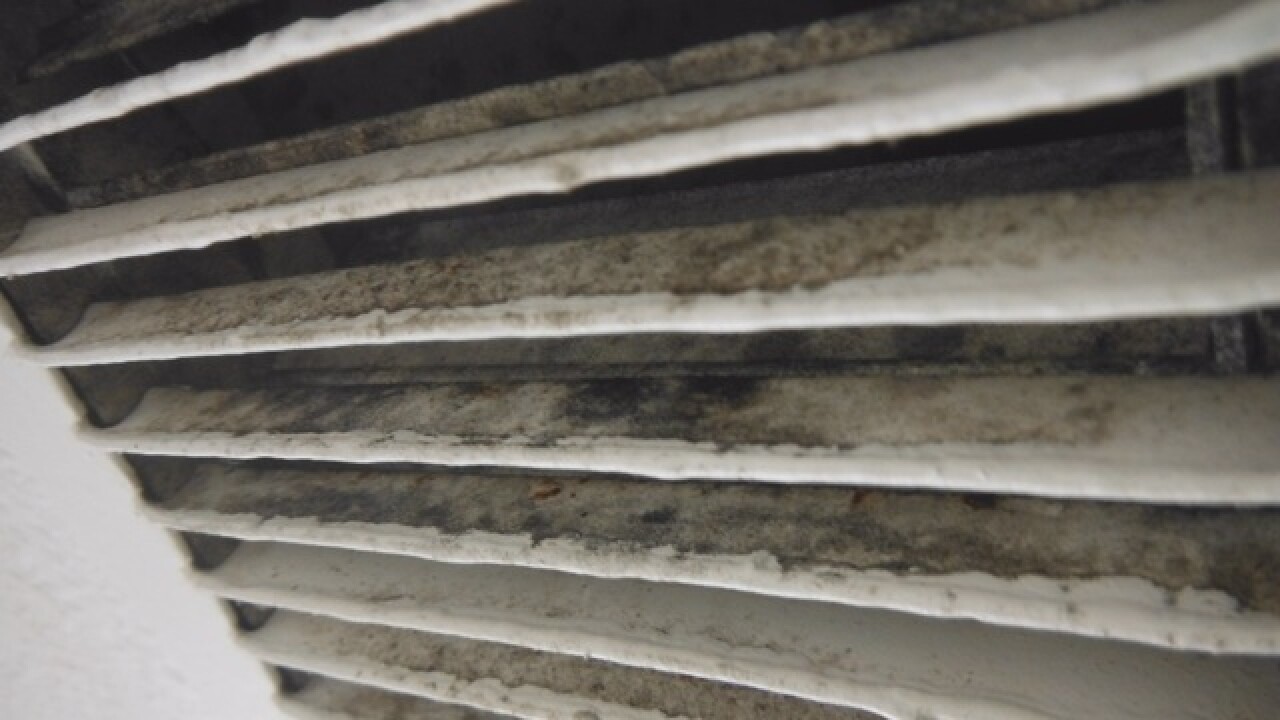 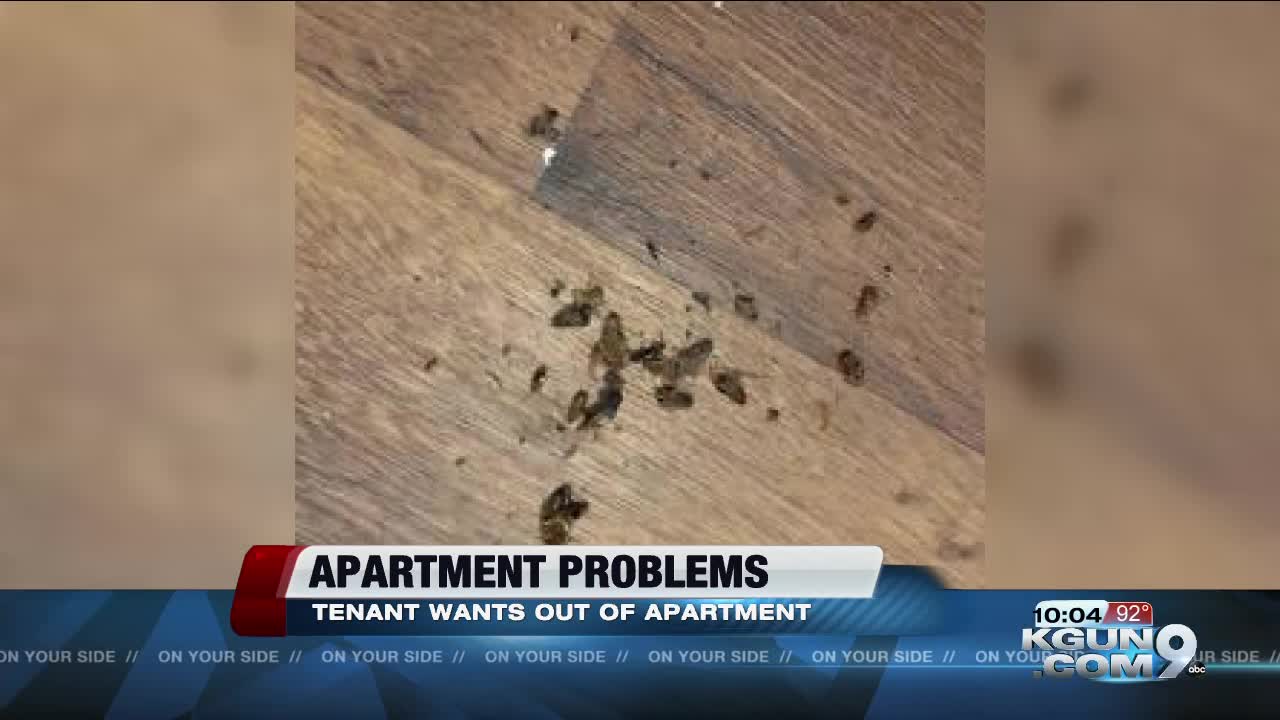 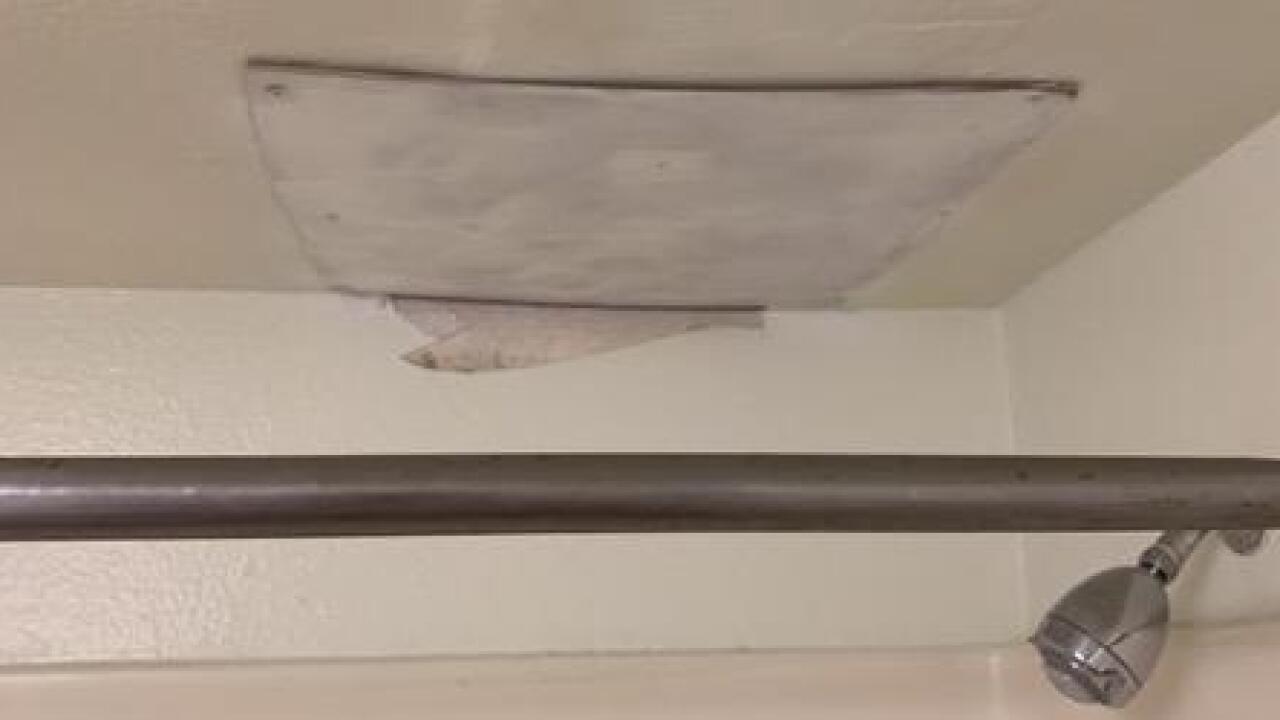 TUCSON, Ariz. — TUCSON, Ariz. -- A Tucson mother says she got an apartment for her developmentally disabled son, Alex, and it turned out to be a nightmare apartment filled with leaks, roaches and mold.

Heather Pehl says she rented a one bedroom apartment at the Sedona Springs apartments on Wilmot in early August and problems started to show from the start. They rented the apartment because Alex was set to start a special work program at Davis-Monthan Airforce Base to help gain his independence. Pehl says her son only spent one night in the apartment.

"When we moved all of his furniture and belongings in here we came back to set it up for him and discovered a significant leak," Pehl said

Heather called 9 On Your Side for help after turning in multiple work orders to fix problems with mold, roaches and leaks, but she says the work orders were left unresolved.

"I've opened about 8 or 9 work orders for different issues including the leaks and the ac not working and the cabinets being broken and roaches everywhere coming out of electric outlets. Water was out to the front door the bedroom closet the the carpet was sopping wet . We were shown a model that he loved its well done beautiful and there's no resemblance to the apartment that we were given ," Pehl said

9 On Your Side reached out to apartment management, the complex says that work orders were fixed in a timely manner and didn't specify mold.

However, KGUN 9 obtained copies of the work orders and mold was on the list. Heather was offered the option to get out of her lease and a refund on her deposit. Then 24 hours later, the family received a non-disclosure from the complex stating that they wouldn't refund her or let her out of the lease if she continued with the story. KGUN 9 asked Pehl if she wanted to move forward with the story and she said "yes".

Now Alex is back living with his family in Sierra Vista, as they try to make arrangements to get Alex to his new job.

"It's disgusting and they need to do better. Hopefully the property management company that manages this property takes these complaints seriously. I've talked to other residents who say don't complain they'll retaliate against you it's bad," Pehl said.