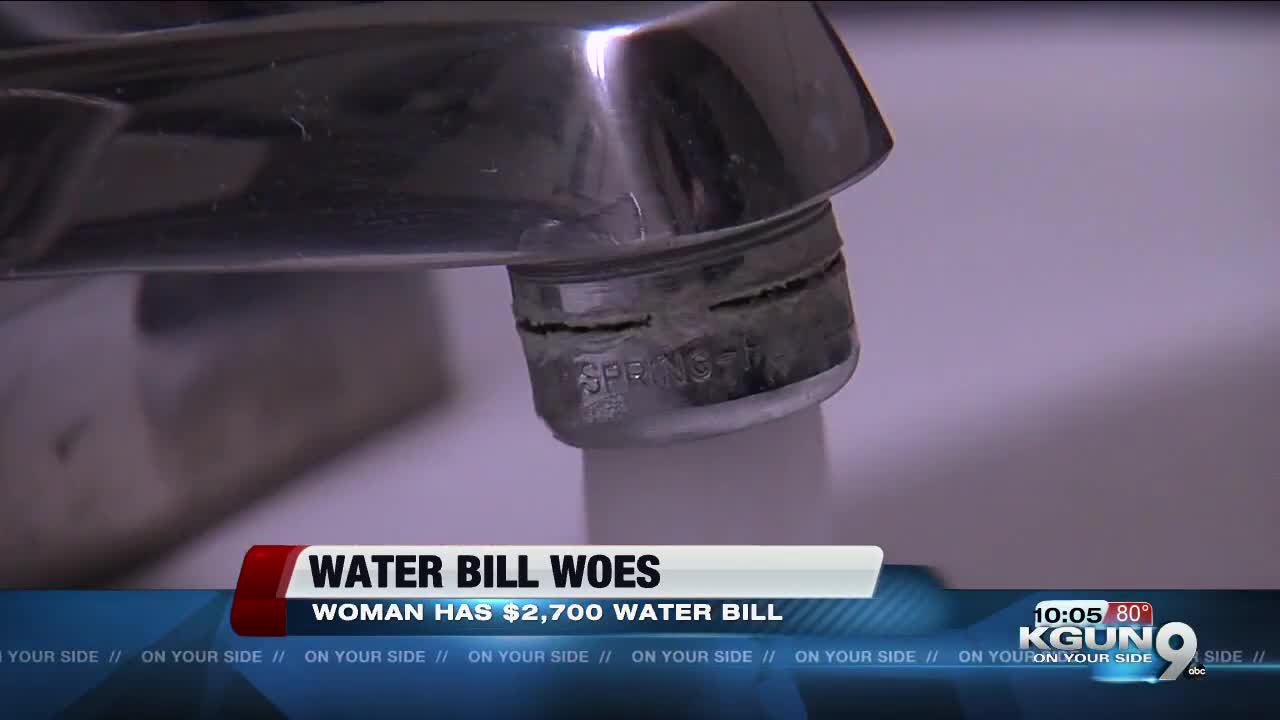 A Tucson woman says the water bill at her family home jumped from $62 per month to more than $2,700 over two month period.

TUCSON, Ariz. — A Tucson woman says the water bill at her family home jumped from $62 per month to more than $2,700 over two month period.

Annamarie Trujillo says her mother has lived in her south side home in Tucson for more than 50 years and the water bill was always low. Then suddenly there was a major spike in the bill, putting a strain on the family's finances.

It turns out there was a major leak in the family's water pipes while they were away. The family also says the problems started after the water meter was changed.

"I feel that when they turned the water off and back on they didn't carefully turn the valve and the blast of water, the intensity and blast ruptured her pipes," Trujillo said

9 On Your Side spoke to Tucson Water about a resolution and we discovered that they do have special programs to help low-income customers get their bills paid. Funds are also available for home repairs through the Community Home Repair Project of Arizona or CHRPA.

According to Fernando Molina with Tucson Water, the Trujillo family was one of the first families to participate in the home repair program. Two toilets and an ac unit were repaired.

"We immediately discussed the ability to obtain a payment plan," Molina said. "Tucson Water has funded for many years a program to replace toilets as part of our water conservation program."

At this point, the Trujillo family still has a $400 bill to resolve and they are still working to get it lowered.