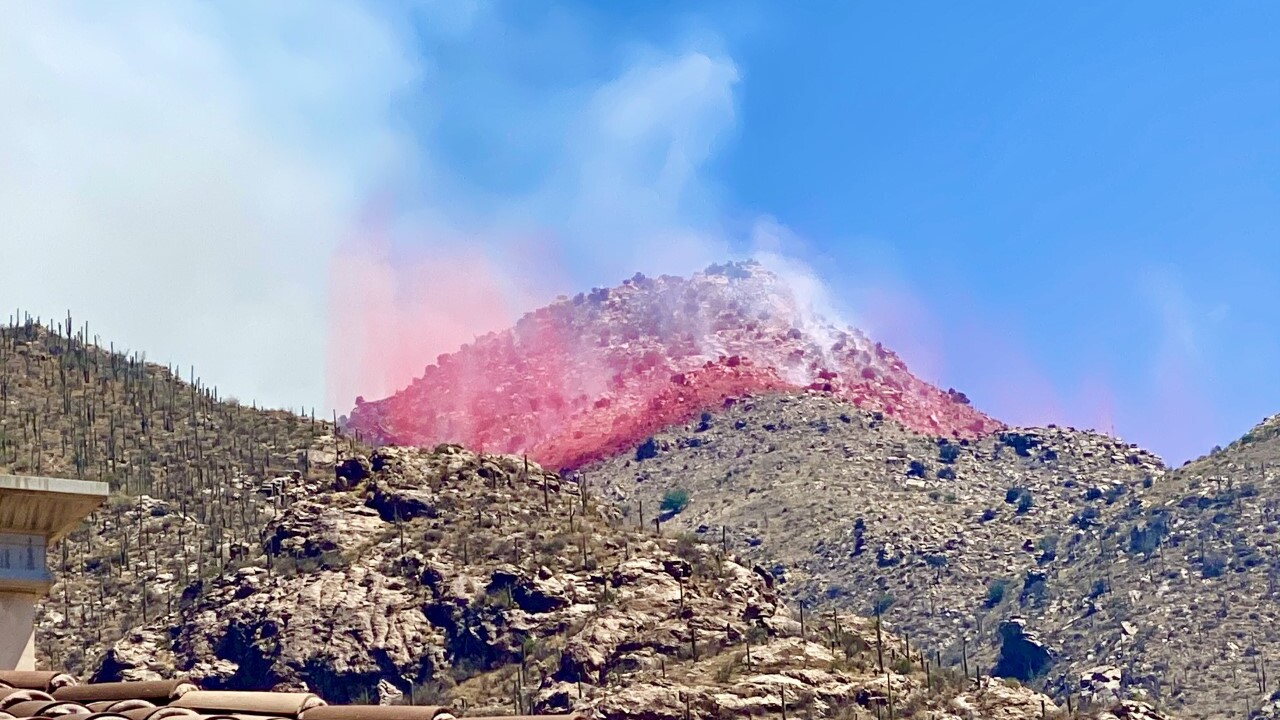 A DC-10 air tanker drops fire retardant on the Bighorn Fire in the Catalina Mountains. <i>Photo courtesy of Nancy Pfau</i>

The governor also received a briefing on statewide fire conditions and held a news conference outside base camp at Catalina State Park.

According to the latest information from the National Wildfire Coordinating Group -- a federal agency that tracks wildfires across the U.S. -- nearly 1,000 personnel are involved in the effort to contain the flames in the Santa Catalina Mountains. The fire has been burning since June 5, when a lightning strike below Pusch Ridge ignited the flames.

Ducey received the briefing from fire leaders at Hilton El Conquistador Resort before heading over to base camp later in the afternoon. The governor also said crews gave him an aerial survey of the fire and the latest information.