Bighorn Fire has largest firefighting crew currently in US 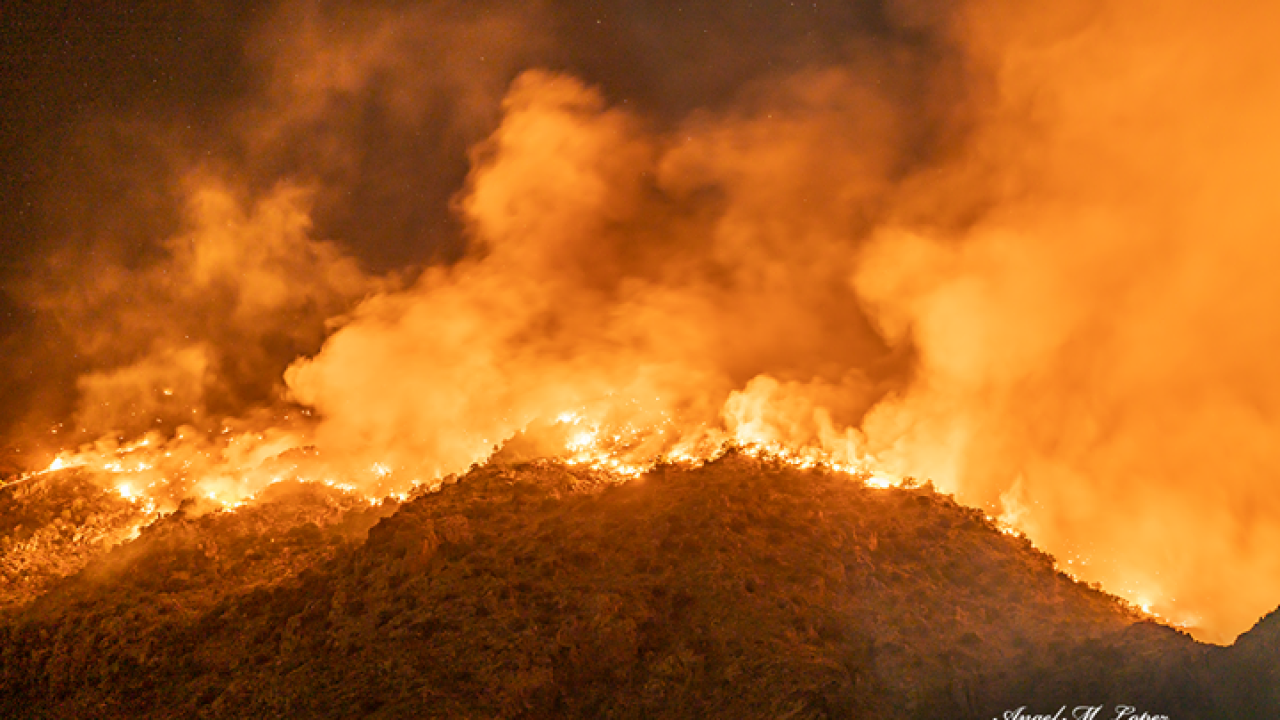 TUCSON, Ariz. — The Bighorn Fire is taking the largest share of firefighting efforts of any wildfire in the country.

According to the latest information from the National Wildfire Coordinating Group -- a federal agency that tracks wildfires across the U.S. -- nearly 1,000 personnel are involved in the effort to contain the flames in the Santa Catalina Mountains. The fire has been burning since June 5, when a lightning strike below Pusch Ridge ignited the flames.

So far, no structures have burned in the Bighorn Fire. Crews managed to keep the flames away from several populated areas including Oro Valley, the Catalina Foothills, Golder Ranch, Summerhaven and Oracle.