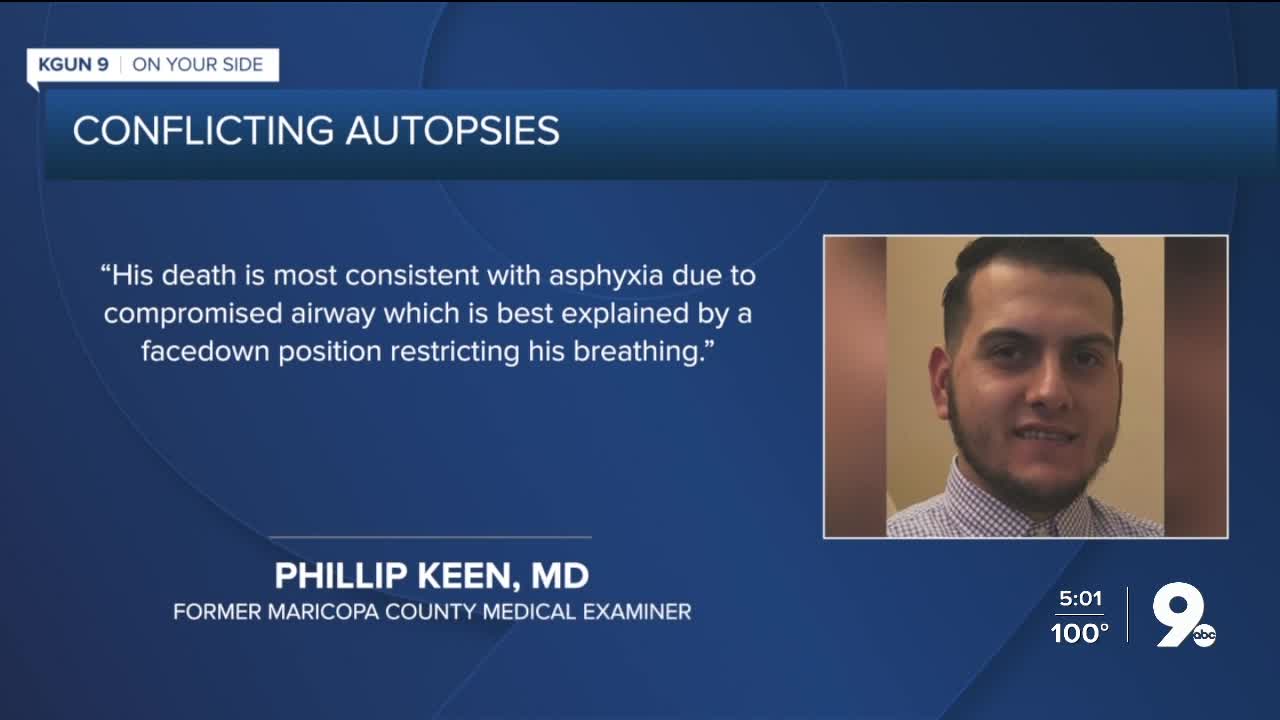 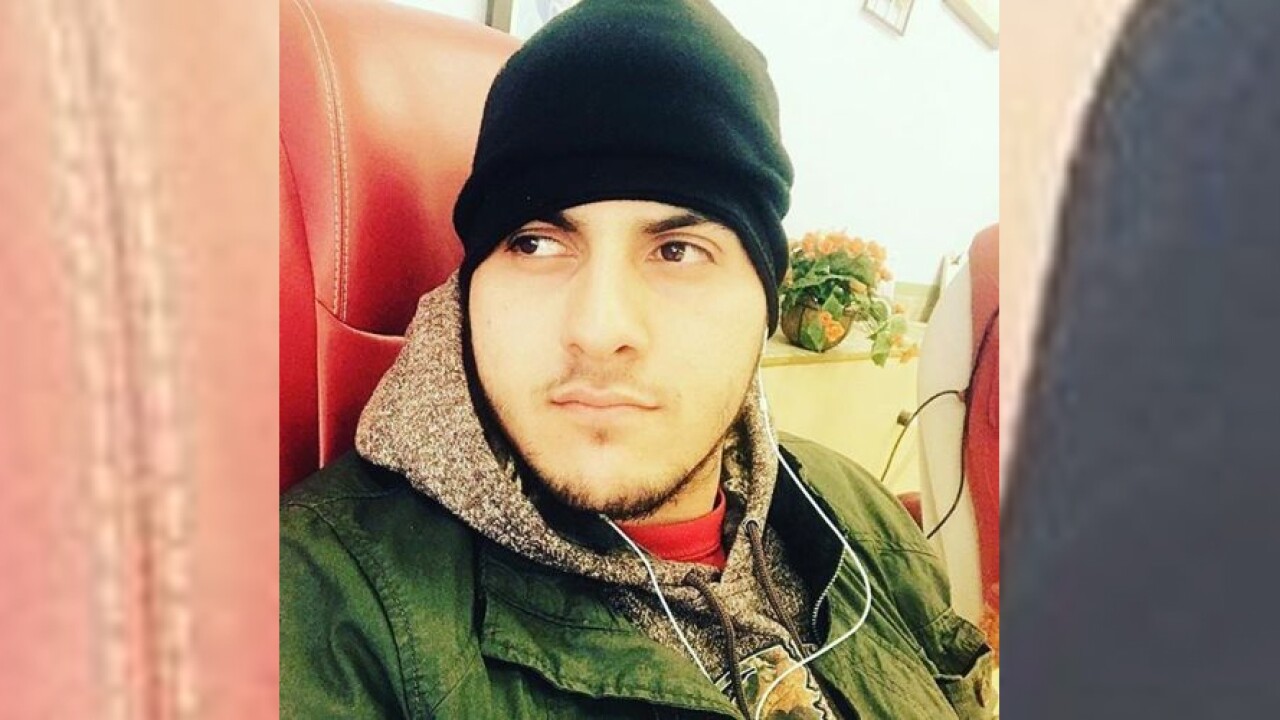 TUCSON, Ariz. - A second autopsy on the in-custody death of Adrian Ingram-Lopez concludes the way three Tucson Police Officers restrained him contributed to his death.

An earlier autopsy by the Pima County Medical Examiner attributed Ingram-Lopez death to cocaine intoxication and a heart condition.

An autopsy commissioned by Eduardo Coronado, the attorney for Ingram-Lopez family concluded those conditions alone were not enough to have killed the man. It concluded officers continuing to hold Ingram-Lopez face down, handcuffed and with officers putting their weight on his back led to “positional asphyxia”---inability to breathe because of body position.

Police were about to fire Officers Jonathan Jackson, Samuel Routledge and Ryan Starbuck when the three resigned.

RELATED: TIMELINE: What happened after a man died while in TPD custody

The TPD report which recommended firing the officers noted Ryan Starbuck had more extensive medical training than the other two. He is a licenced Emergency Medical Technician. The Arizona Health Department shows an EMT licence for a Ryan Starbuck still active. TPD says Starbuck has been an EMT for 14 years.

Police body cameras show, when other officers arrived, they recognized Ingram-Lopez was in medical distress, and had him re-positioned to allow better breathing. Officers called an ambulance and administered an antidote for opioid overdose but that drug does not work on cocaine. Ambulance EMT’s pronounced Ingram Lopez dead.

The Pima County report basically attributes the death to cocaine and a heart condition and mentions how Ingram-Lopez was restrained. It says, in part:

“...the cause of death is ascribed to sudden cardiac arrest in the setting of acute cocaine intoxication and physical restraint with cardiac left ventricular hypertrophy as a significant contributing condition.”

The alternative report says the cocaine and the heart condition were not serious enough to have killed by themselves. It puts more blame on how the officers restrained Imgram-Lopez and says,

“His death is most consistent with asphyxia due to compromised airway which is best explained by a facedown position restricting his breathing.”

Attorney Eduardo Coronado says instead of putting their weight on Ingram-Lopez back, officers should have realized he was co-operating and let him sit up and breathe.

Now the family says it wants a thorough criminal investigation of what the three former officers did and it’s considering a civil lawsuit.